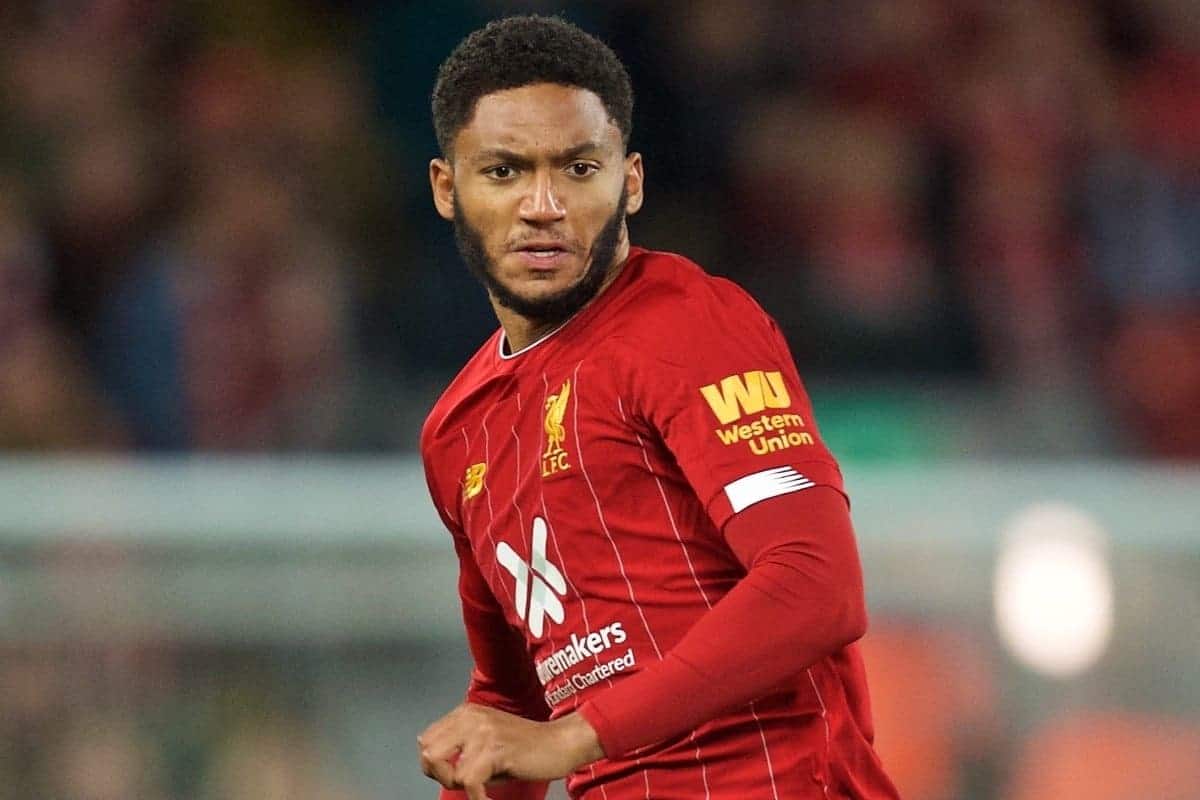 Joe Gomez should be available for Liverpool’s trip to Crystal Palace, with Gareth Southgate confident he will be fit in “a couple of days.”

Gomez was forced to pull out of the England squad after taking a knock to his knee in a challenge with Kieran Trippier in training, ending a strange week for the 22-year-old.

In the fallout from the 3-1 victory over Man City, an irate Raheem Sterling attacked the Reds’ No. 12 in the Three Lions camp and, after an apology from the winger, Gomez was booed in the 7-0 win over Montenegro.

There were calls for Southgate to start both Gomez and Sterling against Kosovo on Sunday evening as a show of solidarity, but that is no longer possible.

“You couldn’t make it up really if you tried,” the England manager said of the situation.

“I think now is a good moment for him just to go home for a couple of days, clear his head.

“He’s absolutely fine. He took a clash of knees yesterday. We scanned it just to be certain and I think he’ll be fine in a couple of days, but he wasn’t able to train today.

“He was in a much better place very quickly. We actually ended up having a chuckle this morning at the ridiculousness of him having to go home in the way he has.

“So, I think for him it’s been a difficult week, as you say, but one that will make him stronger and one that he’s dealt with really well.”

Gomez has not been a regular starter for Liverpool so far this season, and was unlikely to be part of the lineup at Selhurst Park, with the expected return of Joel Matip increasing competition.

But his improving fitness will boost Jurgen Klopp‘s options at centre-back and right-back, at a time where there are question marks over a host of other players.

Andy Robertson and Mohamed Salah both pulled out of international duty due to injury and will be considered doubts, while Jordan Henderson also left the England squad due to illness.

Klopp should have the majority of his key players back midway through next week, with Trent Alexander-Arnold, Alex Oxlade-Chamberlain, Sadio Mane and Naby Keita among those to play their final games on Sunday.

Gomez will still have another scan on his return to Melwood, as Liverpool seek their own opinion.