There was plenty to celebrate for Liverpool’s players as they reached the Club World Cup final with a dramatic 2-1 win over Monterrey.

The Reds kick-started their Club World Cup campaign against a stubborn Monterrey outfit who looked to have taken the tie to extra-time before Roberto Firmino struck.

Jurgen Klopp had named a much-changed side, with Jordan Henderson at centre-back and James Milner at right-back as Liverpool were forced into a makeshift defence in the absence of Virgil van Dijk.

And while Naby Keita finished off a sumptuous move by Mohamed Salah to cap off a bright start, the Reds were swiftly pegged back by Rogelio Funes Mori to leave it all to do in the second term.

Liverpool struggled to find their top gear throughout and left it until the last opportune moment to ensure the tie finished in regulation time, with Trent Alexander-Arnold teeing up Firmino to seal a spot in the Club World Cup final. 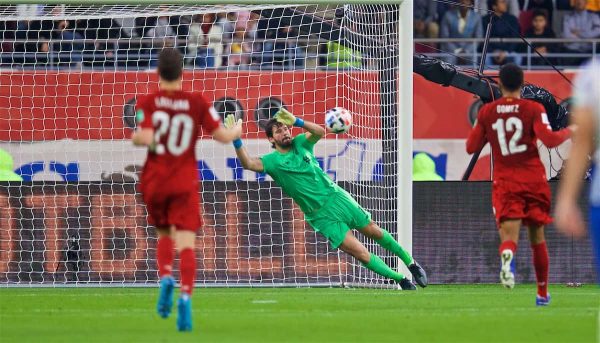 Saturday’s showpiece will see the Reds come up against Brazil’s Flamengo, and Alisson knows another tough test lies in wait in two days’ time.

The Brazilian was instrumental in Liverpool’s victory, making a number of decisive saves throughout and, when speaking to LFCTV, he credited his time honing his craft for nights like that that as he eyed another chance to lift silverware.

“It was a busy night but it’s my job and what I work for.

“I’m happy that we have won that game and I could help the team to be in the final of this important tournament that we are in.

“It will be a tough game for us as it was tonight against Monterrey.

“They are different sides. Flamengo have a lot of quality, they have a good defence but I don’t know what to expect from the game. I just know it will be a nice challenge for us.”

For Henderson, it was a tough night for a number of reasons as Monterrey not only proved a stubborn side to break down, but he also had to ply his trade in an unfamiliar position at the back. 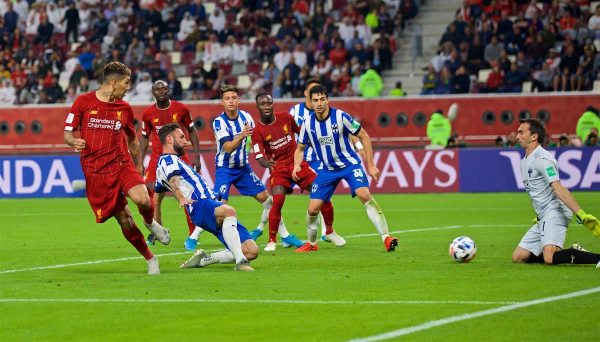 The skipper more than stood up to the task, but at the end of the day the win was secured and now the Reds are out to do what they came to Qatar to do, lift the Club World Cup.

“It was difficult. We had to be patient, move the ball quickly and they made it difficult.

“All over the pitch they were pressing us so we found it difficult to break them down, but we were patient enough to keep going and thankfully we managed to create one that went in in the end.

“So we have to take the win and move into the final at the weekend and hopefully we can perform even better.

“[Playing centre-half was] different! I’ve got great players around me so they make it a lot easier but I just tried to do the best job I could – I haven’t really played there before so trying to keep the defensive line was the most difficult thing.

“It’s what we’ve come here to do, we want to win. And hopefully, we can do that on the weekend, [against] another tough opponent.”

After the game, the players took to Instagram to celebrate their passage into the final and Trent Alexander-Arnold shared a mutual thought that it was “never in doubt Bobby”, while the man himself kept it simple:

For Milner, whose appearance marked his 200th game for the club, and Gini Wijnaldum it was a case of swiftly casting their eye to the final:

And it was all about lauding the team’s effort for Joe Gomez, Andy Robertson and Naby Keita in the aftermath of the victory, one which saw the latter score in his third successive game:

Adam Lallana, Jordan Henderson and Alex Oxlade-Chamberlain, meanwhile, now have “another final to look forward to” after doing “what needed to be done”:

Heading to the final ? roll on Saturday ? #LFC #ClubWorldCup

Onto the final! #YNWA

We did what needed to be done. Another final to look forward to! ?? #ynwa

Klopp’s side have been bolstered by the arrival of Ki-Jana Hoever, Sepp van den Berg and Harvey Elliott, while the Reds will have to wait and see if Virgil van Dijk is fit to start after succumbing to illness.

And the Reds will now have two days to rest and recover before they take to the field on Saturday evening, where the chance to clinch the club’s first Club World Cup is on the line.