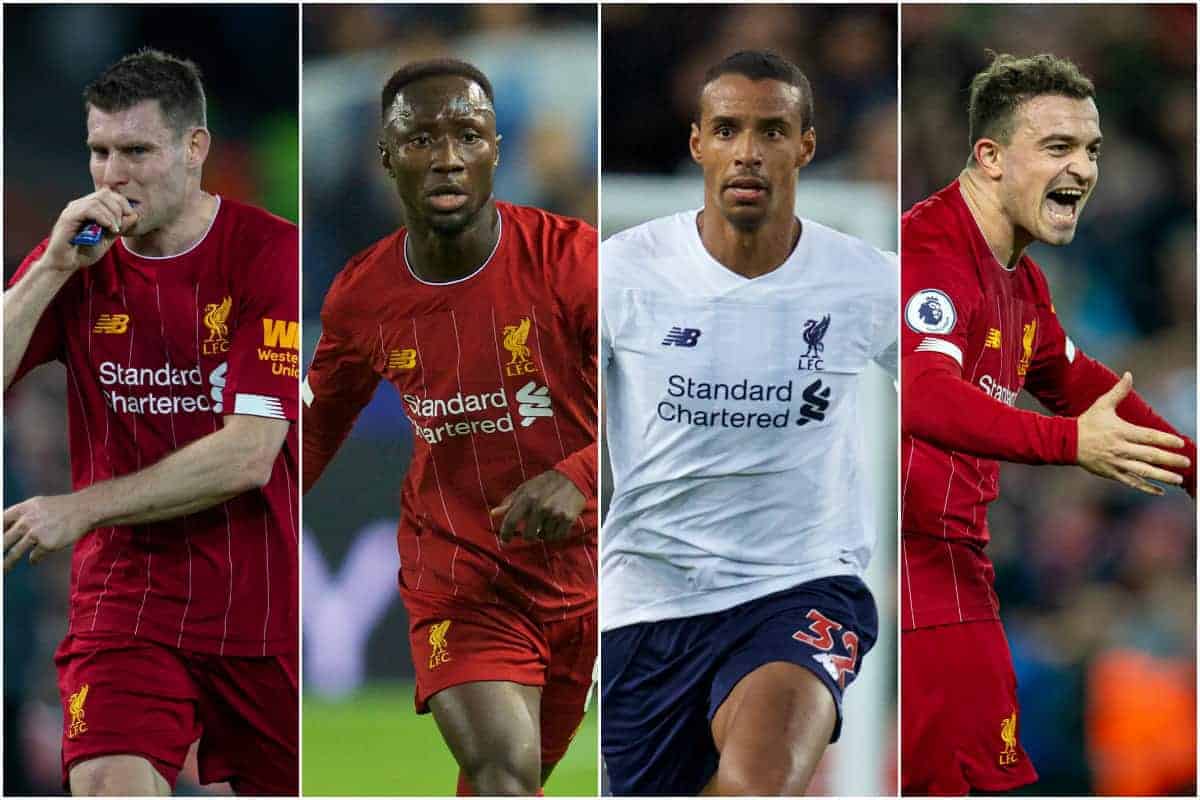 Jurgen Klopp has provided a mixed update on injuries to seven first-team players ahead of Liverpool’s trip to Tottenham on Saturday evening.

The Reds head to the Tottenham Hotspur Stadium for the first time ever this weekend, on the back of another morale-boosting victory over Everton in the FA Cup.

Curtis Jones‘ stunning winner that day at Anfield made him the 19th different player to find the back of the net for Klopp’s side this season, which highlights the wealth of talent the manager calls upon.

That is partly out of necessity, as injuries have mounted up this winter, and James Milner became the latest to be sidelined when he was forced off early on in the Merseyside derby.

Speaking ahead of Saturday’s clash, Klopp confirmed both Milner and Naby Keita are unavailable, suggesting that due to his durability the vice-captain could return sooner than his No. 8.

“Both are muscle injuries, different and for different people, so let’s see how quick it will be,” he explained.

“We really don’t have to put a timeframe on it, because we don’t know it exactly.

“We will see, we are open whenever they want to join us again, when the medical department gives us the green light!

“But for sure not for this weekend, not for in the week, but then we will see.”

Joel Matip and Xherdan Shaqiri returned to first-team training on Tuesday, but while Klopp confirmed the winger has been “completely normal” since his reintegration, he hinted the centre-back will not be fit for the weekend.

“Joel was not part of all parts of training, he was outside on the pitch which looked really good, but then had to do his own stuff again,” he said.

“Yesterday he was part of the first part of training. Shaq trained completely normal since he’s in.”

Finally, Klopp revealed that neither Dejan Lovren or Fabinho will be involved in north London, with the pair set to be back “next week in full training,” perhaps with a view to returning against Man United at Anfield.

“If that’s then early enough for the United game, I don’t know, but we will see,” he said.

“They work really hard in the moment, they really go through the paces, so that’s good.”

He also provided a small update on Nathaniel Clyne following the right-back’s ACL injury, saying: “Clyney is in a good way, but not available.”

Klopp claimed he would field an “unpredictable” lineup on Saturday, with the return of Shaqiri, the possibility of Matip’s involvement and a potential league debut for Takumi Minimino boosting his options.