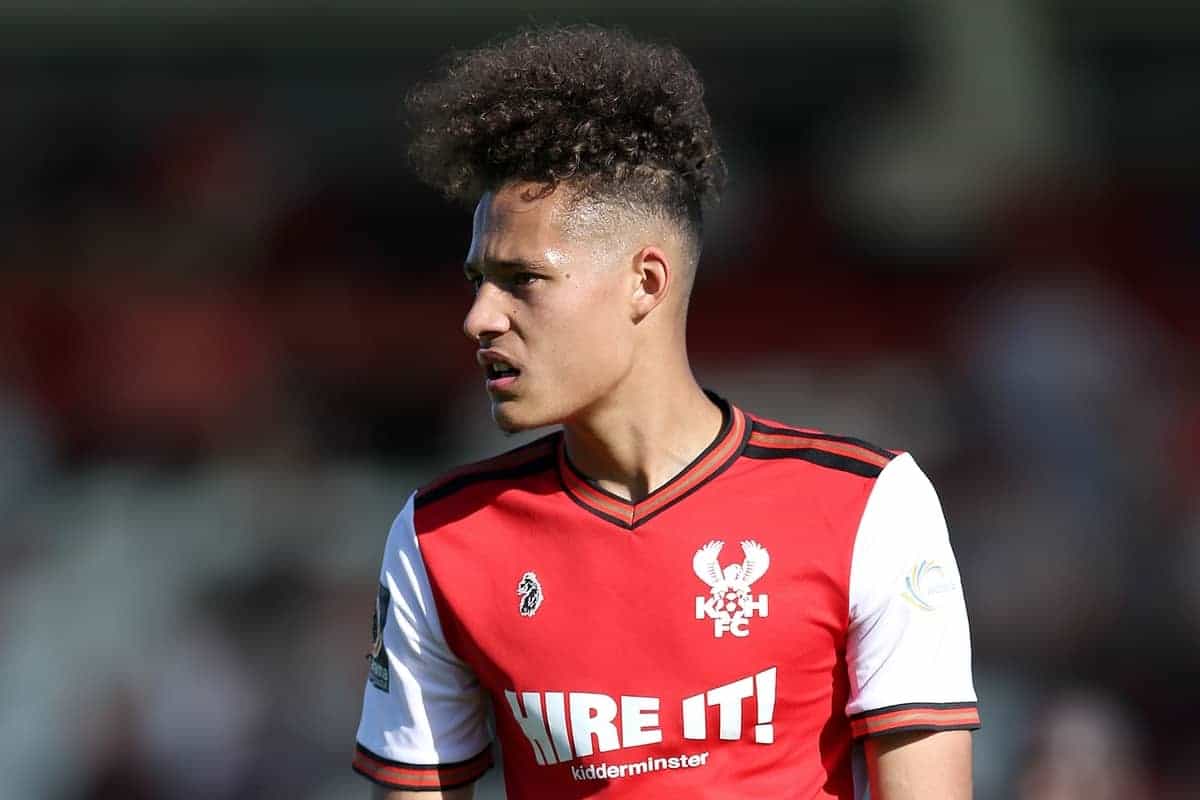 Liverpool have agreed to extend academy defender Rhys Williams‘ loan spell with Kidderminster Harriers until the end of the season, after a strong start.

Williams signed his first professional contract with the Reds last February, amid an excellent campaign that saw him emerge as a leader for Barry Lewtas’ under-18s.

The 18-year-old also made six appearances for Liverpool’s under-23s, and joining Kidderminster for the first half of 2019/20 was provided a major test of his potential.

Having slotted in immediately as a key player at Aggborough–scoring a goal in only his third outing and playing 23 times so far—Williams is a firm favourite with the Harriers.

Such was the progress he made in the opening five months of the season, Liverpool have allowed the teenager to spend the remainder of the campaign with James Shan’s side.

It is clear Williams has settled at Kidderminster, and it is arguably the right decision to keep him out on loan, as he described the switch as a “massive step” back in September.

“I trust the gaffer to help me develop, and I trust Liverpool because they’ve told me to come here.

“I’m picking up all the the trades of the game, and it’s helping me become a better player.”

Meanwhile at U18 level, despite a long-term injury to Billy Koumetio, Remi Savage has stepped up admirably to fill Williams’ shoes, with Jarell Quansah earmarked as next in line.

The arrival from Van den Berg from PEC Zwolle effectively paved the way for Williams to gain experience elsewhere.

And while the National League North is five tiers below the Premier League, it will be vital to his development.