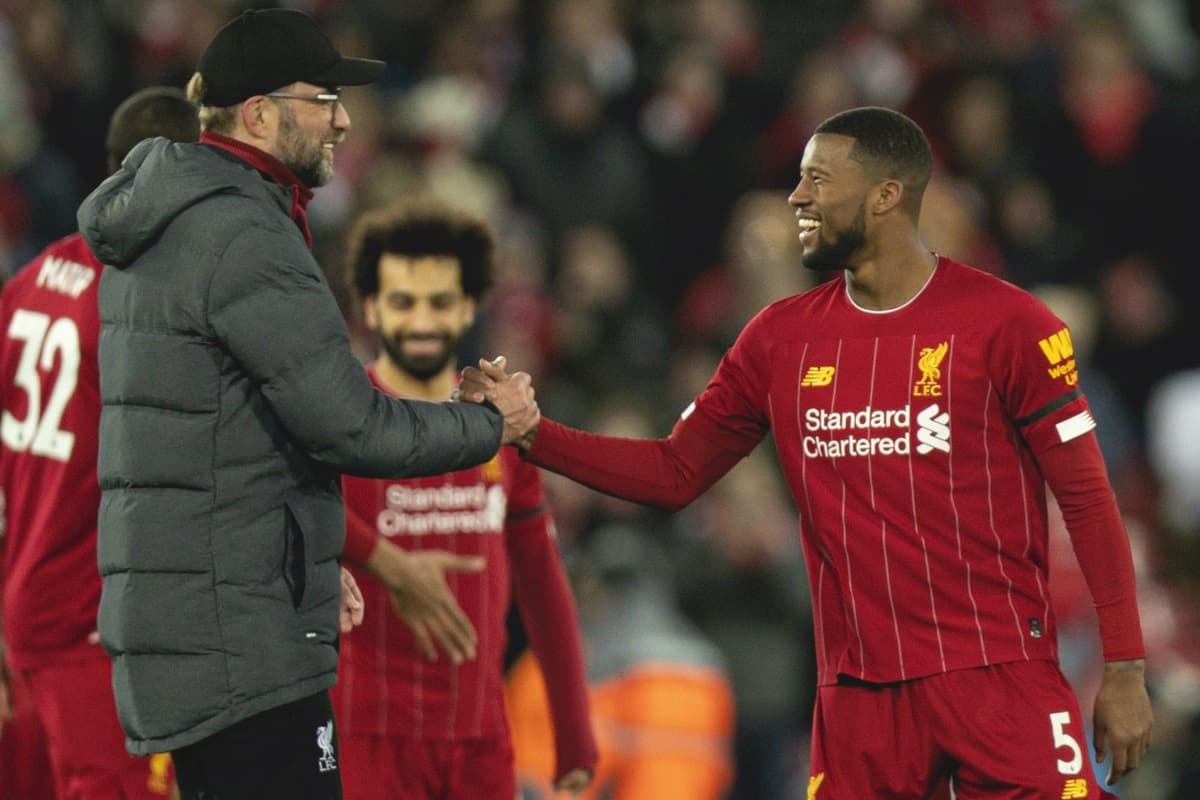 Gini Wijnaldum‘s contract is set to expire in 2021 and question marks remain over his Liverpool future, but Jurgen Klopp is said to be “desperate” to keep the Dutchman.

The Reds squad is in a comfortable state at this stage, with most of their key names tied down to long-term deals and those on the fringes seeing out their remaining months.

Adam Lallana is the most high-profile player set to expire on the expiry of his contract at the end of the season, with Nathaniel Clyne, Andy Lonergan and Pedro Chirivella also likely to leave.

The majority of Jurgen Klopp‘s core is secured until 2023, but one of his most-used players, Wijnaldum, is still in an uncertain situation.

Back in January, the No. 5 admitted it was “difficult to say” how talks would conclude, while in February he revealed his plans to retire in the Netherlands, but that “I want to play at a high level until I am 38.”

Wijnaldum is one of seven players to clock over 3,000 minutes for the Reds this season, and only five players have made more starts (34), which highlights his importance to Klopp.

And according to the Evening Standard‘s David Lynch, the manager is “desperate” to retain the 29-year-old beyond 2021.

In a Q&A, Lynch was asked about rumoured interest in Lille midfielder Boubakary Soumare, and explained that “a big signing there would surely be contingent on someone departing.”

Neither Wijnaldum or Naby Keita will be on the move, with Lynch adding that “talks are ongoing” between Liverpool and Wijnaldum, with Klopp clearly the driving force behind this. 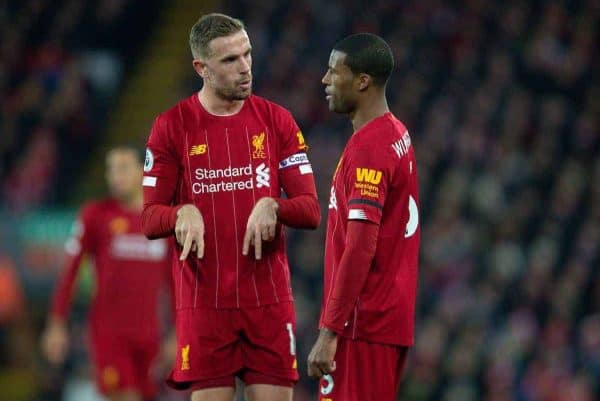 There is cause for a reluctance on the club’s part, of course, as the midfielder will be nearing his 31st birthday next summer, and if Lallana and Dejan Lovren both leave he will be the third-oldest outfield player in the squad.

While he has made the sixth-most starts for Klopp’s side this season, he has also been substituted off the fourth-most (13), behind only Mohamed Salah (14), Roberto Firmino (19) and Alex Oxlade-Chamberlain (20).

This could be an indication of his age, or by the same token Klopp’s reliance on him in a high-intensity role in midfield—Firmino is routinely brought off to preserve his energy as a priority starter.

For Wijnaldum, negotiations could revolve around the prospect of a wage rise, and this could be a difficult situation for both parties.

Having arrived from Newcastle in 2016, it is likely that Wijnaldum is on a relatively low wage compared to the rest of Klopp’s first-choice lineup, who have all either joined the club or signed new deals since then.

His increasing age could limit Liverpool’s offer as they attempt to secure value, which may be the reason for such a delay.

However, as seen with James Milner‘s new contract in December, the club are willing to do business for the right player regardless, and Wijnaldum’s remarkable fitness suggests he could emulate the vice-captain in the years to come.

Klopp will no doubt be aware of this, and the hope is that an extension is agreed in the coming months to end speculation.