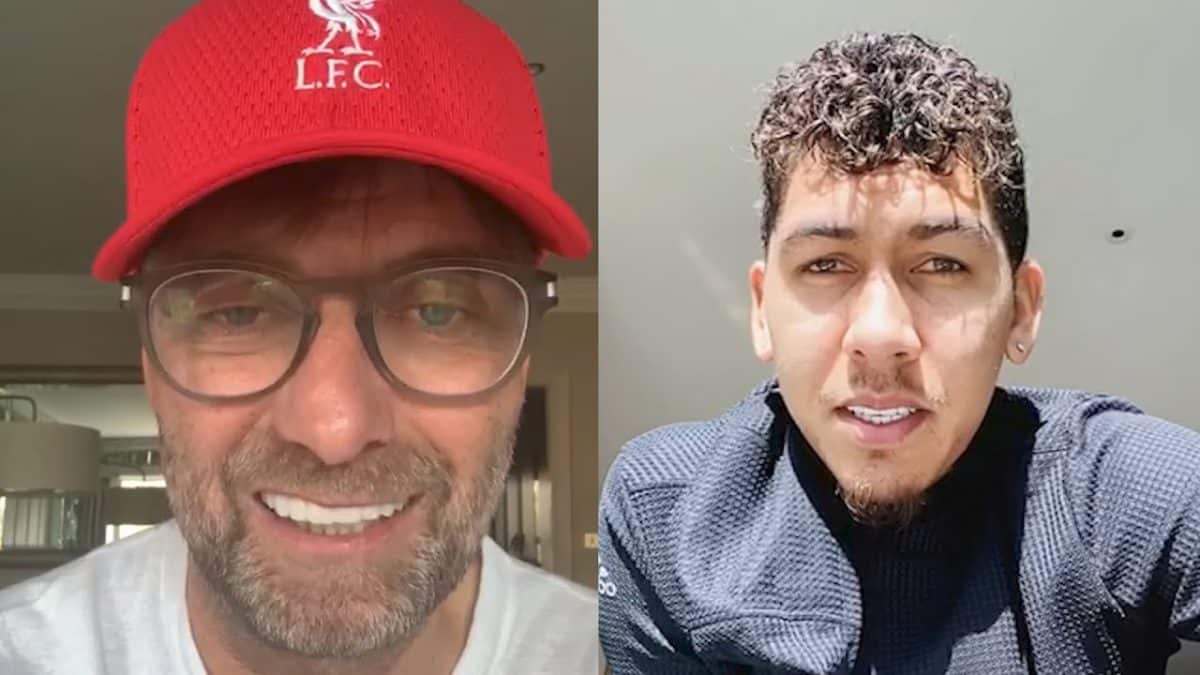 Jurgen Klopp and the Liverpool squad have sent a brilliant message to workers in the health services as they battle against the coronavirus pandemic.

With Britain and several other countries effectively locked down to combat the spread of the disease, it is the workers on the front line of the NHS, the emergency services and other key workers who are placed in harm’s way as they help those who have fallen ill and the nation as a whole.

At 8pm on Thursday night, people all over the country went outside, to their doors or windows and sounded their appreciation to those workers, clapping and cheering in a display of solidarity.

What a fantastic show of appreciation for the #NHSheroes . Glad we were able to show our support and gratitude. THANK YOU ONE AND ALL

And Liverpool’s manager, and the players, joined in with a special message of their own, as seen in the video above.

“Myself, the staff and all the players of LFC would like to take this opportunity to deliver a message to say thank you to all the incredible people who work in the health services, all the health workers out there.

2It’s unbelievable what you are doing and on behalf of all of us at LFC, I would like to say thank you – or, how we would say in Germany, vielen dank!”

Plenty of players in the squad added their own thanks thereafter.

The @RadioCity967 tower (@stjohnsbeacon) is lit up blue in support of all the amazing #NHS workers out there #coronavirus #ClapForCarers ? pic.twitter.com/aaL1m4hZGc

Of the workers’ efforts, Roberto Firmino said “we appreciate it enormously,” while James Milner sent “a massive thank you” to all health employees all over the world.

There were further messages of thanks and appreciation from a whole host of Liverpool personnel, from both the men’s and women’s sides, with the likes of Mohamed Salah, Sadio Mane, Anke Preuss, Alisson, Pepijn Lijnders, Virgil van Dijk, Takumi Minamino and more all offering their messages, all in their own native languages.

Captain Jordan Henderson and Adrian both labelled the workers “heroes,” while Vicky Jepson and Jade Bailey hailed the “incredible” and “hard work” done and reiterated the message for everyone else to do our bit, stay at home and keep safe.

The unwavering support shown to the country by those in these jobs is nothing short of crucial, and the appreciation of them should be shown by all.

We’re all hopeful that we don’t have to call upon the NHS and the health workers, but as Klopp and his squad make perfectly clear, we’re enormously glad they are there when we must.