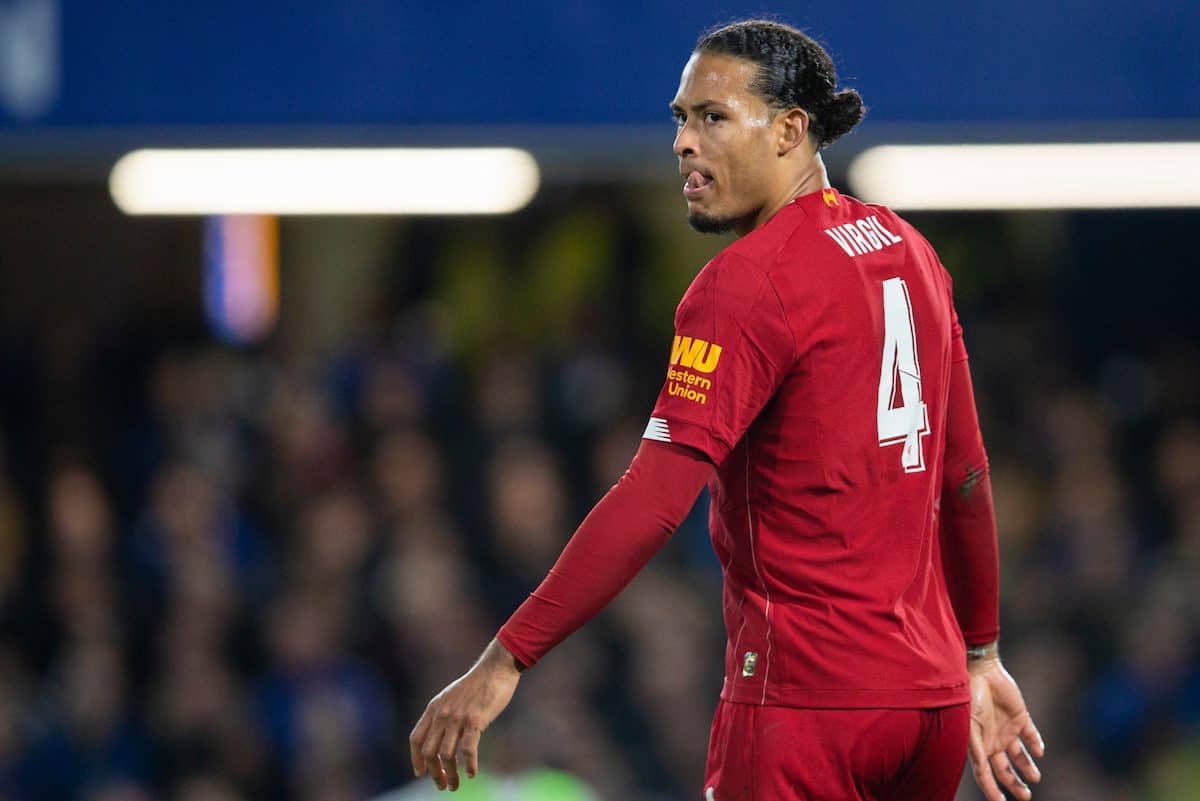 Liverpool may have lost three of their last four games, but Virgil van Dijk is under no doubt that the team have not lost sight of their ability and confidence.

An exit in the fifth round of the FA Cup against Chelsea followed on from successive defeats to both Atletico Madrid and Watford on the road – the first such run away from home since 2014.

And while performances and results have been clearly lacking since the break, across all departments, any sweeping statements pertaining to Liverpool’s downturn have been baulked by the players.

A shot at the treble came to a halt in the defeat to Chelsea and the unbeaten run in the Premier League ended by Watford, but there is absolutely no need to panic, despite Van Dijk’s suggestion in jest, as the team are safe in the knowledge that their ability has not disappeared overnight.

“Panic! No, come on – we obviously want to win games and the last game on the weekend was not our best, slightly saying, but tonight we showed great spirit, worked hard and played some good football with some youngsters,” Van Dijk told reporters.

“You said it [we know we are a brilliant team]. We just tried to win the game and you need to have a little bit of luck – it’s multiple factors and obviously on the weekend [Watford] deserved the win and today could have gone both ways.

“We focus on the game ahead of us, today we are disappointed that we lost, especially that we are out of the cup, but you can’t change that anymore so we will focus on what is ahead of us now and that’s Bournemouth at the weekend.

“It’s a blow, you want to go as far as possible. It is how it is and we will recover and be ready for the weekend.”

With just two defeats in all competitions prior to the trip to Atletico, the feeling of anything but a victory has become foreign to many as the Reds have set unimaginable standards.

But in an age of instantaneous reactions, Liverpool’s run of form has earned its fair share of over the top criticism.

And as Van Dijk reiterated, all Jurgen Klopp‘s side can do is learn from their mistakes, move on and look to make it right at the next possible opportunity.

And a similar message came from Curtis Jones after the game, with the youngster, who aside from his FA Cup exploits, has closely watched Liverpool’s season unfold and is left with no doubt over the Reds’ ability to “bounce back in the best way possible.”

“It’s crazy to think [that] as soon as the club loses a game or two, everybody starts saying that something is going wrong or the players aren’t performing well,” he said.

“I would say that every good team has a bit of a blip and that is all this is. I’ve got no doubt that the players will bounce back in the best way possible and put that right in the next few games.

“They have only lost one in the league and one here and everyone starts to point the finger and makes us out to sound like the worst team.

“The boys are still confident and I don’t think that we are silly enough to think defeat won’t come along the way, that is just part of football.”

It’s a mature perspective and one which rings true, football is not without bumps in the road and it is a challenge which this group of players should relish.

A matchup against relegation-threatened Bournemouth presents the next opportunity to turn fortunes around, one which cannot be underestimated in injecting renewed confidence and conviction ahead of the season-defining meeting with Atletico four days later.