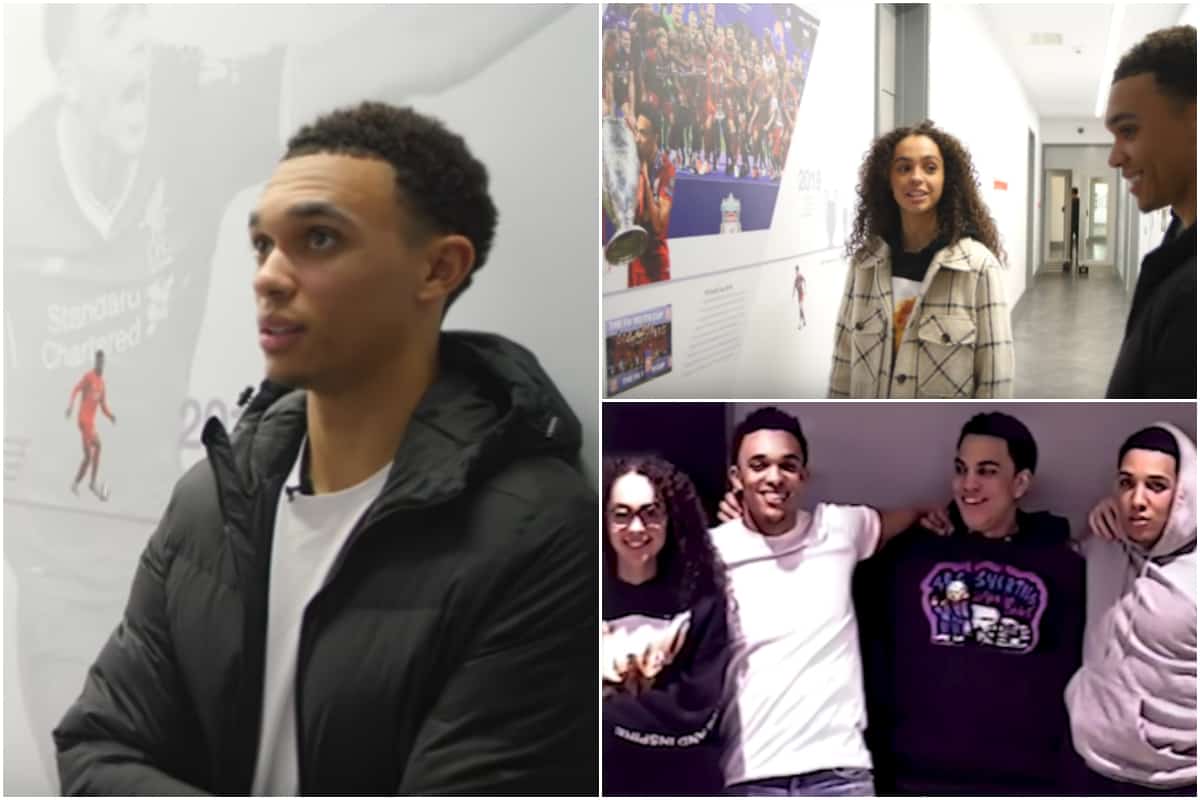 Trent Alexander-Arnold has given a fascinating insight into his life as a youngster and becoming a well-known name with Liverpool, in a behind-the-scenes documentary.

From the parks he used to play on as a kid, to his early days of Academy life, this video documentary provides a magnificent look at one of Liverpool Football Club’s modern-day heroes.

Alexander-Arnold is not just a key player for the Reds; for many he’s an embodiment of the local area, a Scouser representing his club with distinction, attaining success and showing the world what he’s capable of.

It makes this look at his life, growing up and learning his trade, all the more interesting—with plenty of hilarious anecdotes along the way.

Interviewed by Rubi Deschamps for ‘Behind the Dream’, Trent gives fans a rare glimpse at what goes into making a career at the top level.

One particularly brilliant story sees Trent recount a moment a rival fanbase threw the ball at him as he prepared to take a corner kick—then he claimed an assist off that very set-piece.

Elsewhere, he discusses Jurgen Klopp‘s approach to management, the influence his family have on him, figures who have played a key role and his relationships with the other members of the squad.

Figures at the Academy spoke of Trent’s relentless competitiveness and his aptitude for good schoolwork—which Trent himself fully attributes to his mother’s disciplined approach to keeping him focused.

There’s also an incredible revelation of our No. 66, along with former Academy defender Conor Masterson, sitting their final school year GCSE exams in a hotel in Bulgaria – because they were on international duty at the time.

Beyond the club, there’s a look into Trent’s friends and family, his home and local area – everything from his personal chef and eating regime, to his collection of medals and his aims for the future.