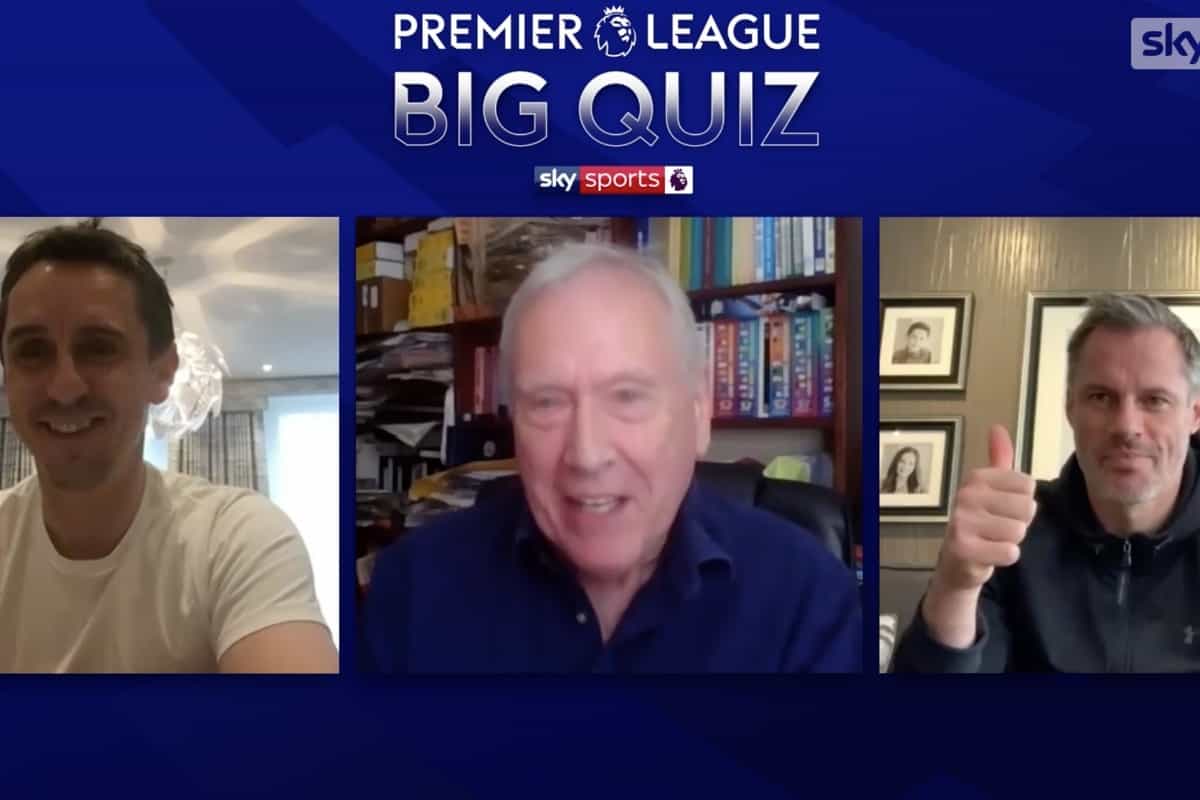 Jamie Carragher and Gary Neville went head-to-head in Sky Sport’s ‘Premier League Big Quiz’, and there was to be only one winner.

From a fierce rivalry on the pitch throughout the early 21st Century to an unlikely, yet still competitive, partnership off it, Carragher and Neville have been a regular duo since hanging up their boots.

They are both as passionate as the other for the club they represented but their knowledge of events which transpired throughout and post their playing career is vastly different – as the quiz shows.

Martin Tyler plays host as the pair go head-to-head in three different rounds; the first sees each given 10 questions about their own club, the second is a ‘Who am I?’ and the third turns the table with questions on the opposing club.

The banter exchanged between Carragher and Neville proves entertaining, as you would expect, amid attempting to do the quiz yourself.

From present-day top scorers to first and lasts in the Premier League for both Man United and Liverpool, to victories over United and Carragher’s own goals, and vice-versa, a lot of bases are covered – and Carra was all over it.

So much so that Neville questioned “how do you remember this stuff?”, and a quick-witted response followed.

“It’s actually our job to research football, I’m not sure you’re quite aware of that,” Carragher returned.

“You know when you go back on Monday Night Football and talk about your own experiences, you must be making half of them up because you haven’t got a clue.”

We won’t spoil the final score or any of the answers but with live football still on the back burner for the foreseeable future, it acts as yet another welcome fix to test your memory and watch an old couple squabble while you do it.