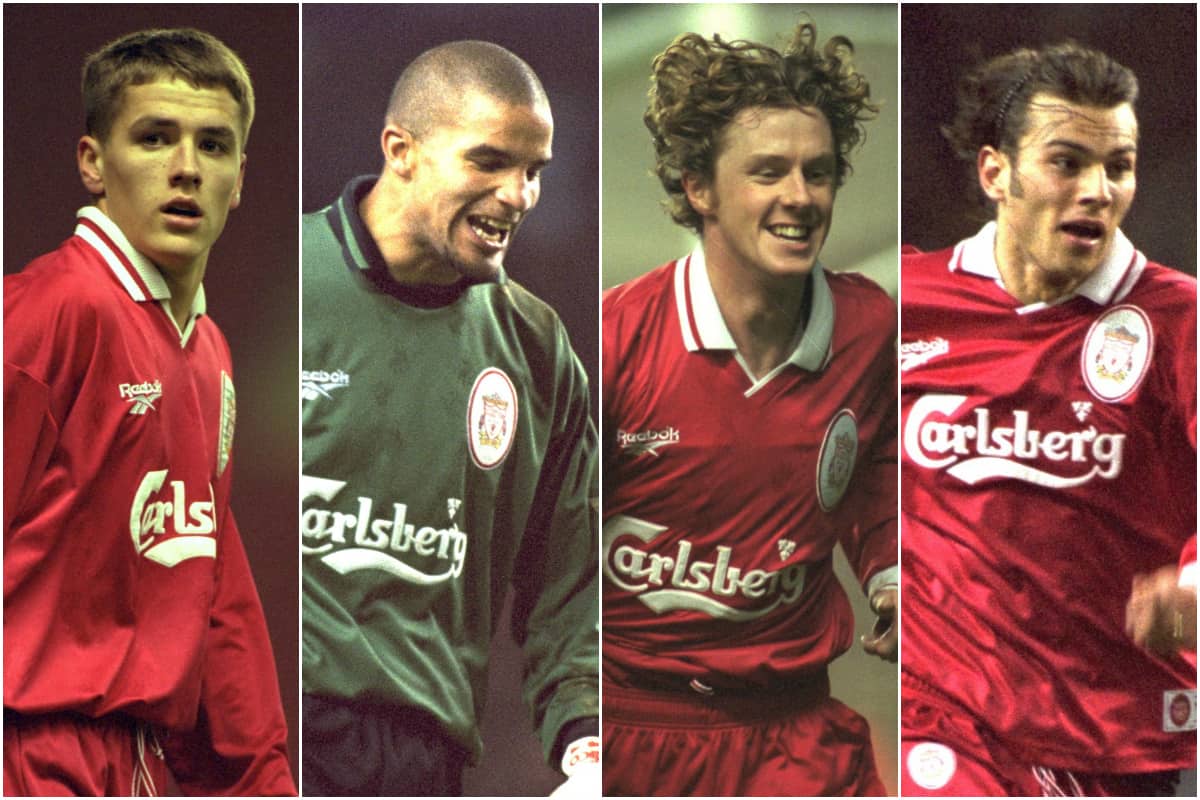 The 1997/98 campaign was the last that saw Roy Evans in sole charge of Liverpool, with the Spice Boys era birthing a new star in the shape of a fresh-faced Michael Owen.

Owen may not be the most popular figure on Merseyside today due to the events of his career post-Anfield, but his accomplishments with the Reds cannot be overlooked.

In his early years on the senior stage he was one of the most formidable strikers in world football, and 1997/98 saw him make his first big impact.

Having already scored on his debut the previous season, Owen struck 23 times in his first full campaign with the first team, with 18 of those coming in 36 appearances in the league.

With Robbie Fowler suffering an ACL injury in February, the burden fell on an 18-year-old to provide the goals to fire Liverpool to an eventual third-placed finish, behind Man United and eventual Premiership winners Arsenal.

Owen scored the first goal of the Reds’ campaign, an ice-cold finish from the penalty spot to seal a 1-1 draw with Wimbledon, but only one more would follow in the league until November.

He had already shown his devastating promise with a solo run after charging down a pass in another 1-1 at Blackburn, running the full length of Rovers’ half before firing through the legs of John Filan to open the scoring—a hallmark of his game as a youngster.

Between then and his 85th-minute strike in the 4-0 thrashing of Tottenham, the likes of Steve McManaman, Karl-Heinze Riedle, Michael Thomas and Paul Ince supplied the goals needed.

Riedle’s first for Liverpool was spectacular, with the German shifting forward, beating a defender and chipping Nigel Martyn from outside the area in a 2-0 win at Leeds, marking a fine start for the £1.8 million signing from Dortmund.

And Patrick Berger scored a brilliant hat-trick in the 4-2 win over Chelsea—his only league goals for the Reds that season—with Stig Inge Bjornebye’s delivery from the left shining through. 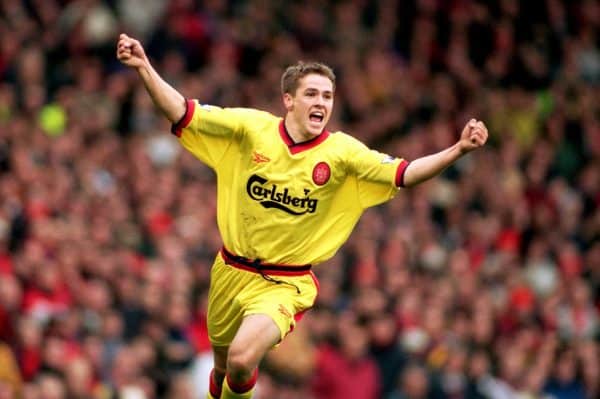 It was a season furnished with stunning attacking play, and two eye-catching kits including the yellow-and-red away offering from Reebok, but it will be remembered as Owen’s campaign.

His pace, persistence, endeavour, intelligence and, naturally, eye for goal made him a devastating outlet for Liverpool—and a surprise package that caught many sides unawares.

Owen’s array of finishes almost equalled Fowler’s, and he gave England a much-needed alternative to Liverpool’s No. 9 when he was ruled out of the World Cup in 1998.

The mid-to-late-90s was a strange period for the Reds, with Evans able to call upon a host of sublime homegrown talent but struggling to balance his side’s forward thrust with enough stability at the back.

But with Liverpool now in another golden era, it is possible to look back on this time fondly, as one that saw a host of the club’s most talented players break through. 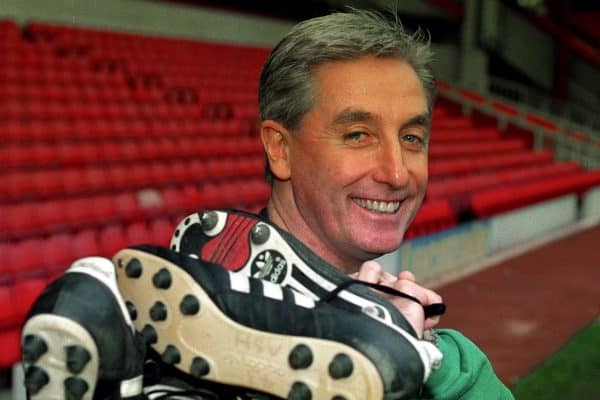