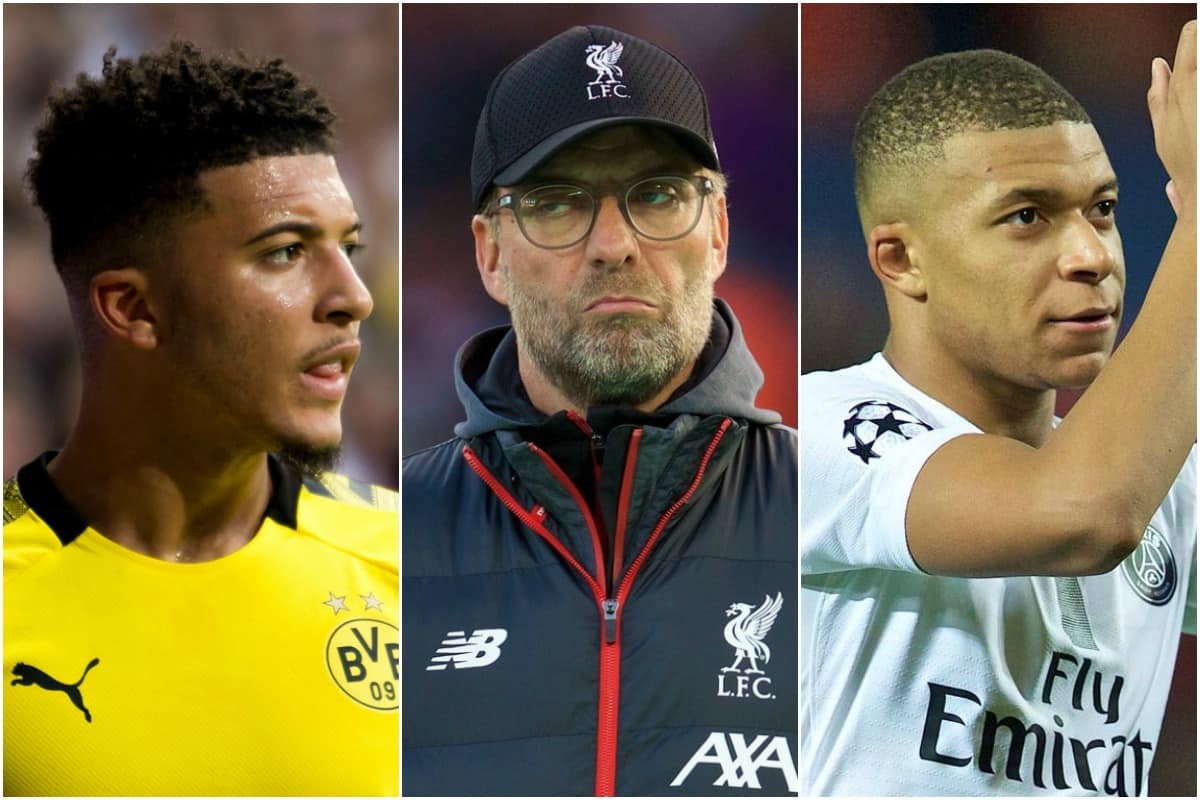 Jurgen Klopp was quick to insist that he is “completely happy” with the current options Liverpool have in attack but conceded top quality signings could come to fruition in the future.

The result of Liverpool’s meteoric rise to the top of world football means the club is consistently linked with some of the games top stars, in addition to the regular endless list of players who surface through various reports.

It is a small percentage that carry more credibility but unlike the era pre-Jurgen Klopp, questions over the Reds’ ability to land a superstar signing is no longer out of the realm of possibility.

In addition to Timo Werner, who Liverpool realistically look likely to sign should the climate allow, Kylian Mbappe and Jadon Sancho are readily linked with a switch to Anfield.

Both would require a hefty fee from Paris Saint-Germain and Borussia Dortmund respectively and while they would undoubtedly add proven quality, Klopp insisted that he was “completely happy” with the options currently at his disposal.

The manager was speaking to beIN Sports when he was asked if he would like to manager the likes of Mbappe, Cristiano Ronaldo, Lionel Messi and Sergio Aguero when he stressed that his current crop are more than capable of dominating for years to come.

“I am completely happy with the boys that I have, but I never thought about the others. When I am at a club then I work with the players I have, I don’t dream about other players.

“If we can get one of them in the future, we will see, but we will make the best of the situation we have.”

The cryptic response in nod to potential future deals saw Klopp pressed on the links to Sancho, Mbappe and any desire he has to work with any particular player, but, as ever, he remained eager to avoid “creating headlines.”

“Look I cannot answer those kinds of questions without creating headlines the next day, I know that’s what I don’t want to do. I love them all and there’s a few more players out there,” Klopp added.

“They are all exceptional players. The players they are now because of their own attitude, because of their skills and all that stuff and I love watching them but I have no problem that I never trained one of them.

“Mbappe has the biggest future. We can speak about Jadon Sancho as well, so they’re all coming up.”