Adrian has made his future intentions at Liverpool clear, insisting he “wouldn’t change anything” to be with Liverpool.

The 33-year-old signed for the Reds on the cusp of the 2019/20 season and while he put pen to paper in the knowledge that he would play second fiddle to Alisson, he would soon be thrust onto centre stage.

But just 39 minutes into Liverpool’s season opener, four days after he signed, and the Reds’ undisputed No. 1 had torn his calf muscle and would spend nearly nine weeks on the sidelines.

The Spaniard would assume the position between the sticks, prove vital in securing the Super Cup and feature in seven successive Premier League victories.

A total of 18 appearances has come his way so far this season, with a series of highs and lows following – the latter of which came in Liverpool’s last game before football came to a halt.

But for Adrian, having featured with greater prominence than even he would have expected and with Liverpool on the precipice of Premier League glory, it is a “beautiful moment” he has no desire to see come to an end any time soon.

“I see myself in Liverpool at the moment,” Adrian told Radio Sevilla, via El Desmarque. 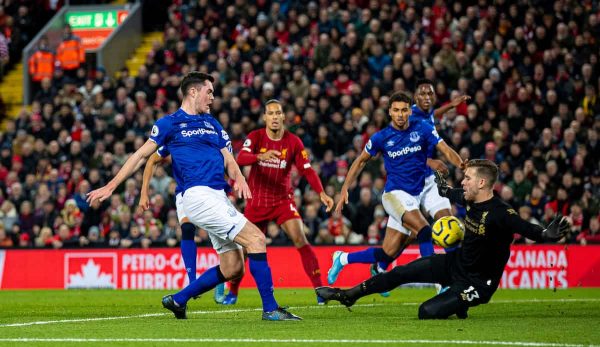 “I still have many years of football left, and we will see. I have one more year and another optional one. Right now I wouldn’t change anything to be here in Liverpool and enjoy this beautiful moment.

“After this moment I honestly don’t know, football takes many turns.

“In the summer, I saw myself being free, the possibility of returning to [former club] Betis was there, but it disappeared.

“You have to live in the present and we’ll see what comes next. Having to leave home was difficult but looking at it now with perspective it’s clear I’ve grown both professionally and personally.

“Here I signed two seasons plus an optional one and this has been my first year, which has been fantastic.

“We hope to finish the season if possible, with total safety, in the field, but then we no longer know.

“The future is very uncertain; we can’t plan much more about tomorrow and what we have now. If the opportunity is given in the future, God will say.”

With 11 Premier League appearances to his name, Adrian will add a Premier League winners medal to his Super Cup and Club World Cup collection regardless of if he features in the run-in, which restarts against Everton on June 21.