In an abrupt turnaround, Timo Werner now looks set for a move to Chelsea, not Liverpool. Keifer MacDonald looks at what’s gone on.

On Thursday night, Twitter headed into meltdown as the news broke that Liverpool’s cat and mouse chase with RB Leipzig over the potential transfer of Timo Werner had come to an end, with Liverpool seemingly giving Chelsea the all-clear to pursue a deal for one of Europe’s hottest strikers.

It was reported earlier on Thursday afternoon by various outlets that a deal between Liverpool and Leipzig had been close to being agreed, but it now seems that Liverpool have pulled the plug on the deal, which has left many fans confused.

Sky Sports reported on Thursday evening that Chelsea had agreed to pay the German international a staggering £200,000 a week to become part of Chelsea’s renaissance under Frank Lampard. It’s worth noting that Mohamed Salah is currently the highest earner at Anfield who also reportedly earns £200,000 per week.

Many fans have speculated that Werner‘s wage demands may have been a factor behind Liverpool pulling out of the deal.

If Werner had been demanding a wage packet of the rumoured £200,000 a week, it would seem like a wise decision for Klopp and Liverpool not to pursue the deal, not only financially, but as a result of the impact It could have on the rest of the squad.

Since Klopp’s arrival on Merseyside, he is constantly hailed for the close-knit harmony he has built between the squad.

Bringing in a new signing and immediately making him your highest-paid player, has the huge potential to cause unrest. We’ve seen throughout Klopp’s career, the personality of the individual is just as important as their footballing ability in Klopp’s eyes.

Werner seemed to have his heart firmly set on Liverpool, having made this clear a number of times in interviews, seemingly rejecting interest from Bayern Munich and Manchester United. Surely he would have been prepared to accept less wages, if the German’s weekly wage was the discrepancy between the two parties?

The abrupt end to the saga seems all very strange and has left many fans scratching their heads.

The reason behind Liverpool opting out of the deal seems to be something that divides opinion and has certainly caused debate on social media. With Liverpool having spent next to nothing in the last 12 months, many fans can’t seem to grasp why Jurgen Klopp hasn’t jumped on the German’s reported £50 million-odd release clause that expires on June 15.

It’s expected due to the Covid-19 pandemic many Premier League clubs will be looking to sell players rather than signing any players, especially those in the bottom half.

However, many fans fail to see how the current Champions League holders are unable to bolster their squad, especially for a player of Timo Werner’s quality at a huge cut price.

It had been reported that Klopp had spoken to the 24-year old in early April and explained how the pandemic would make it difficult for Liverpool to make any big-money signings. There were some suggestions Liverpool may even wait until next summer to make their move. 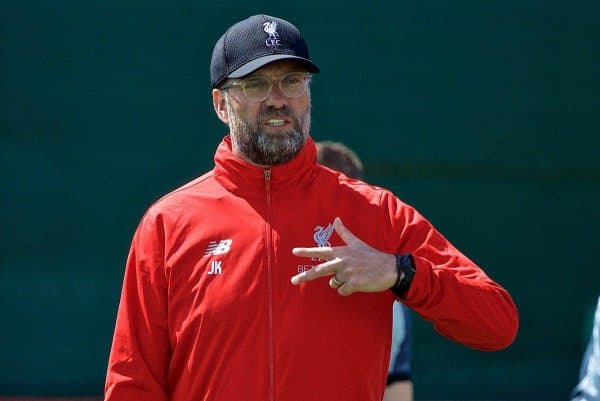 So with Liverpool, seemingly gearing up for another quiet summer when it comes to incomings, it raises the question of how do you ‘replace’ the quality Werner would have brought to Anfield?

The solution to Klopp’s problems could be right under his nose, with Curtis Jones having a chance at staking a claim for a more regular role in Klopp’s first XI next season.

Similar to Jones, Harvey Elliot has managed to grasp the opportunities he has been presented in the domestic cups and showing why there was so much competition for his signature, from some of the biggest clubs in Europe.

With Elliot set to sign his first professional contract this summer after turning 17 in April, it is believed the likes of Jones and Elliot will have a prominent role to play next season at Anfield.

With the latter showing footballing maturity way beyond his years.

January signing Takumi Minamino seems to still be finding his feet on Merseyside, although he could present part of the solution.

For someone who spent the majority of his time at Salzburg operating on the left-hand-side of a front three, but also racking up 45 games as a centre forward and a further 50 on the right. His versatility could be huge in Klopp’s plans for next season.

Yet to hit the ground running, his performance that lit up Anfield last October for RB Salzburg is something Liverpool fans will be hoping to see on a more consistent basis next season, as we’ve seen with likes of Fabinho and Alex Oxlade-Chamberlain, it can take a very lengthy period to adjust to playing for a Jurgen Klopp side.

I’d be very surprised if Liverpool started the 2020/21 season without bolstering their front line.

With the AFCON scheduled for January 2021, whether pandemic impacts the competition is yet to be decided. That would mean Mo Salah and Sadio Mane being away for at least four weeks in January, which makes the decision for the reds not to pursue a deal for Werner a much tougher blow.

As Liverpool look set to sell Xherdan Shaqiri this summer and Divock Origi‘s future is still in the balance, it could be costly for the Reds to have passed up on Werner’s services.

Perhaps there is more to this story than meets the eye, since Liverpool’s handling of the Virgil Van Dijk saga in July 2017, when the Reds subsequently had to apologise to the south coast club after they had been reported to the Premier League, for the way they went about trying to secure the services of the former Celtic star.

This seemed like a huge turning point in Liverpool’s transfer dealings and since the saga Liverpool have kept the cards very close to their chest when it comes to in-comings. That was subsequently proven when Liverpool seemed to take everyone by surprise with the announcement of Fabinho, less than 48 hours after Liverpool fell to defeat in the 2018 Champions League Final.