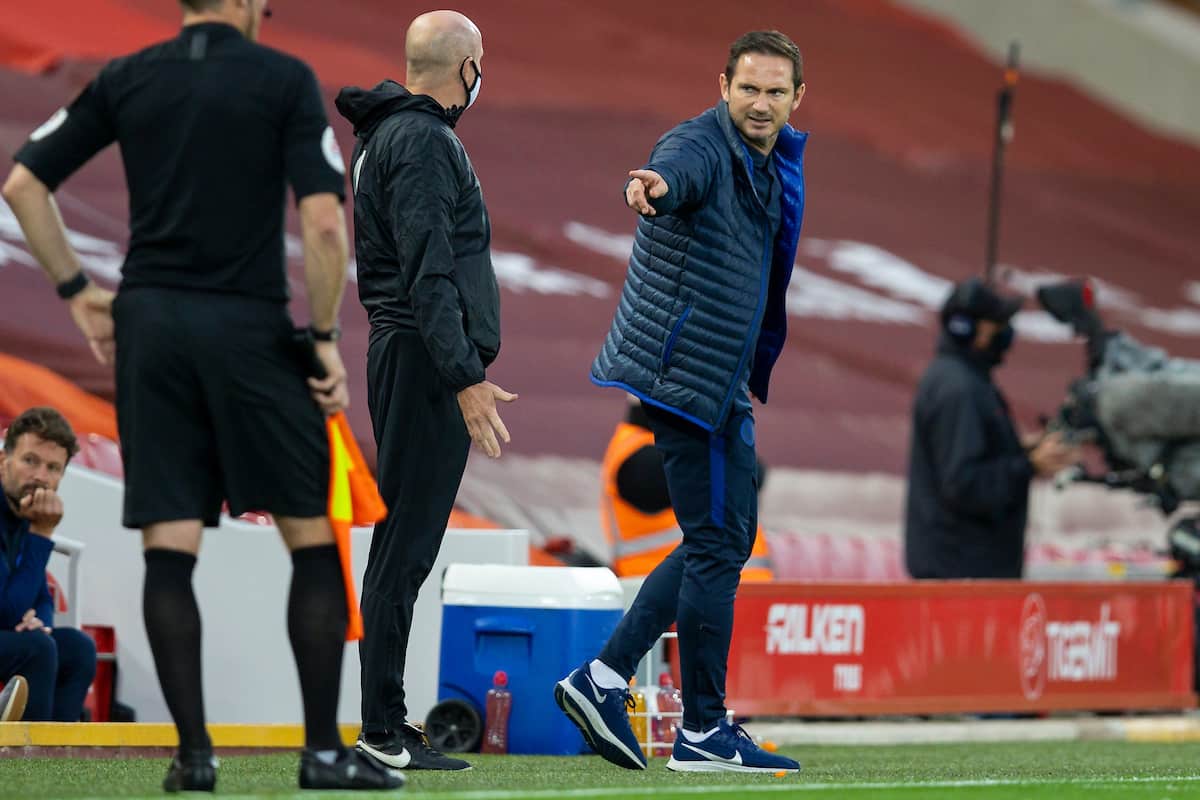 Frank Lampard has revealed his regret at the foul-mouthed tirade at Liverpool’s bench during Chelsea’s 5-3 Premier League loss at Anfield.

Champions Liverpool lifted the Premier League trophy after their victory over Lampard’s Blues, but tensions boiled over on the sidelines during the contest.

Lampard launched a string of expletives at the Liverpool bench when reacting to Sadio Mane winning the free-kick that led to Trent Alexander-Arnold’s first-half goal.

The Stamford Bridge chief later warned Liverpool “don’t get too arrogant” in interviews after the fiery clash, but insists he has no issues with the Reds’ title celebrations.

“I’ve seen the video and I was obviously there,” said Lampard.

“In terms of regretting having passion to defend my team, no, I could have maybe handled it slightly differently, to keep that language in.

“But what I felt was, and I want to be clear about this actually, that some of the reports were that I was upset with the celebrating of the Liverpool team. Far from it.

“I think Liverpool should celebrate as much as they want with the season they’ve had.

Insisting he has no problem with Liverpool manager Klopp, Lampard continued: “I would have had a beer with Jurgen Klopp after the game and toasted the performance of what they’ve done this year.

“But there were things on the line I didn’t like from their bench, not Jurgen Klopp, people behind the bench, which I felt crossed the line, and that’s what got me agitated.

“But it’s done, it’s done. Emotions run high, and amongst most managers, players and fans in this game. As I say I regret the language, and we move on.”