Liverpool are set to make at least a couple of changes as they return to Anfield for the Premier League match against Burnley.

The Reds saw off Brighton in midweek, 3-1, to keep their hopes of setting a new record points tally firmly alive.

They’ll be looking to continue that on Saturday, as well as maintaining their 100 per cent home record for the season, with Jurgen Klopp continually pushing his side to keep their standards high.

Rotation will come into play with just a few days between regular games at present, while one or two players are returning from injury, too.

The boss will set out a team to win—but there’s also the possibility someone unexpected gets a rare chance to impress.

The Reds have just finished a run of three games in seven days, but the schedule continues to be relentless.

It’s just three days between our win at Brighton and this game, then another four until we face Arsenal at the Emirates.

For that reason Klopp hasn’t pushed players who have had knocks or niggles, but Andy Robertson looks good to go once more after coming on at half-time last time out.

James Milner also returned off the bench in that game and Dejan Lovren is fit for this fixture, after missing out on the last couple of squads.

Jordan Henderson, however, is out for the rest of the season. The captain’s knee injury will see him sidelined for more than a couple of weeks, meaning he’ll miss the last four.

Xherdan Shaqiri was fit for the bench against Aston Villa a week ago, but was not part of the matchday squad against Brighton. 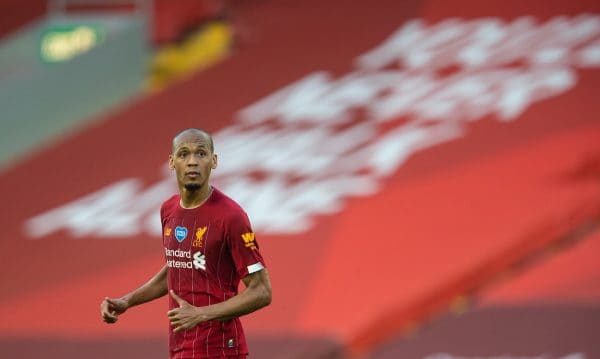 Thankfully, Klopp is not taking the route certain other teams seem to be following, of playing the same 11 players relentlessly and only subbing half of them off once points are settled, one way or another.

The boss has rotated regularly, particularly in midfield, while the attack has seen both Roberto Firmino and Sadio Mane miss out from the start in recent games.

It’s a sensible approach given the fractured nature of the back end of 2019/20, and the likelihood that we will have another relentless start in 20/21.

As such, further changes can be expected in the side against Burnley, even beyond replacing the injured Henderson.

It’s likely that Fabinho will be recalled, given the captain played the deepest role at Brighton and Klopp may be tempted to revert to his otherwise-strongest lineup, with Naby Keita keeping his place after good recent performances. 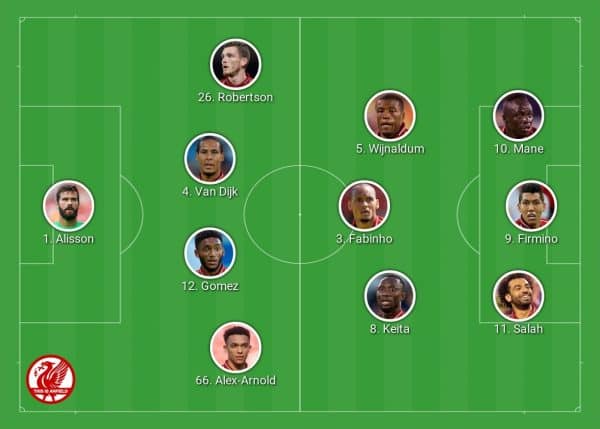 Alternatively, the coaching staff may not want to take a risk with Keita starting three games in a week given the injury problems he has had.

In that case, James Milner could be in line for a recall, having not started since the first game back post-lockdown.

There might also be another change in attack, with Takumi Minamino finally given a starting opportunity in the centre-forward role which seems to suit him best. 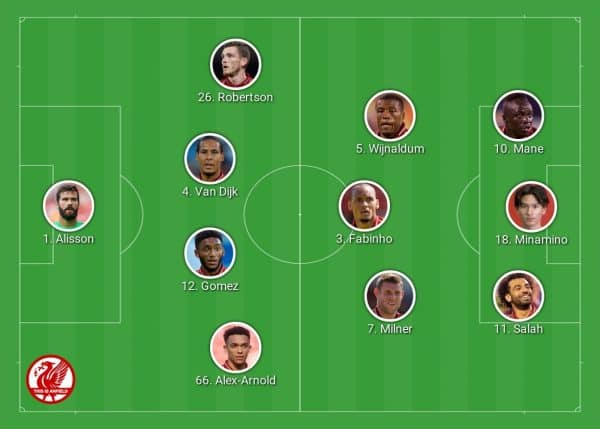 Burnley‘s squad is not a strong one at this point, but the starting XI remains robust and capable of good results.

As such, there’s no room for complacency and wide-scale rotations or starting several youngsters, and the Reds will want to put in a display similar to the tempo and clinical edge shown against Palace to pick up yet another home win.