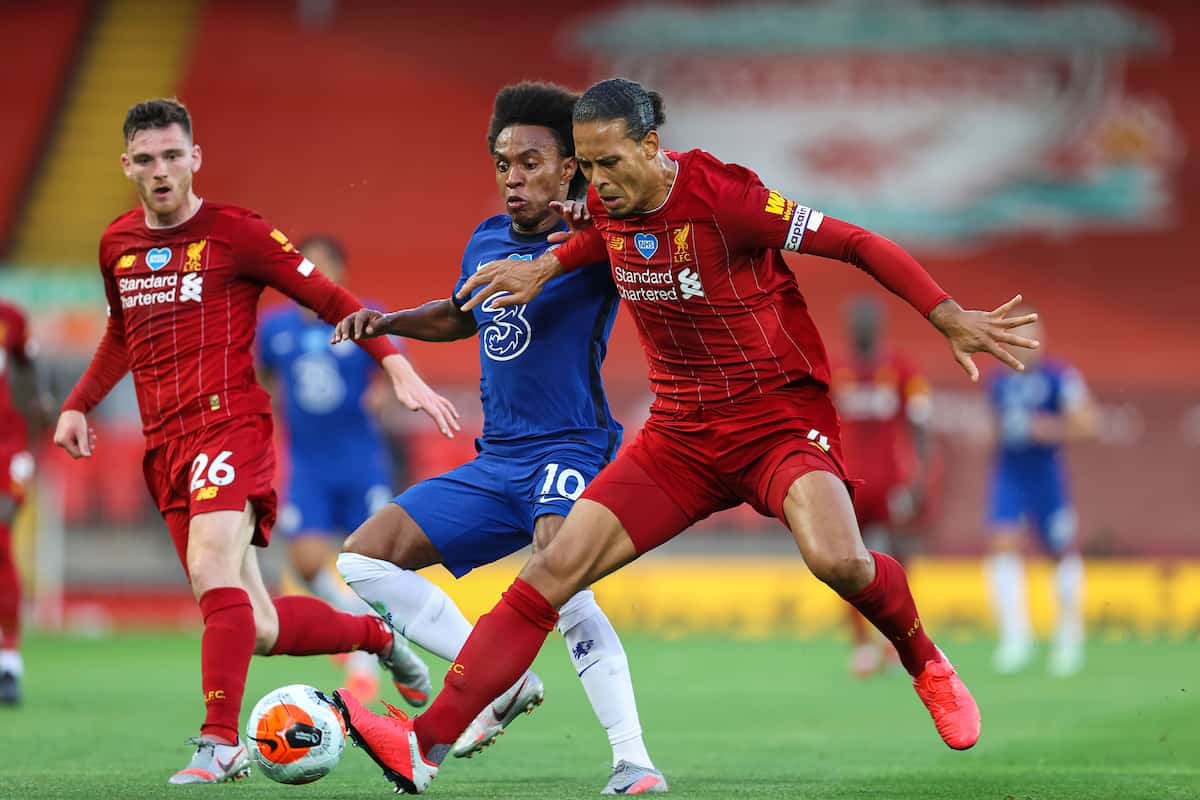 Liverpool have had all three of their Premier League fixtures in the first month of the season moved for TV, including their opening-day clash with Leeds.

The Reds will kick off their title defence against the champions of the Championship, with Leeds making the trip to Anfield on opening weekend.

It is a similar fixture to last season, when Norwich were the Reds’ first opponents of the campaign, and it provides an interesting matchup to begin 2020/21.

The Premier League have now confirmed which fixtures have been chosen for broadcast throughout September, and unsurprisingly all three of Liverpool’s clashes have been selected.

Liverpool vs. Leeds will now be a 5.30pm kickoff on Saturday, September 12, to be shown live on Sky Sports.

A trip to Chelsea comes next on Sunday, September 20, at 4.30pm, before the final league game of the month at home to Arsenal on Monday, September 28, with an 8pm kickoff.

There will be no Friday night curtain-raiser this season, with the first game due to be Fulham vs. Arsenal at 12.30pm on Saturday, September 12.

The Reds are also set to play in the League Cup next month, with the third round due to be held midweek across September 22 and 23.

Jurgen Klopp‘s side are now likely to play on September 23, to allow enough time to prepare following a late afternoon kickoff against Chelsea three days previous.