It’s all about “working hard” for Rhian Brewster as he looks to make an impression on his Liverpool teammates and manager, with his efforts beyond the scoresheet of heightened importance.

The 20-year-old made it three goals in two pre-season outings on Tuesday, with his brace against Salzburg off the bench turning a defeat into a draw for Liverpool.

Brewster, fresh off the back of successful loan spell at Swansea, is bursting with confidence in his goal-scoring abilities and has an opportunity to push for a place in the first-team squad in 2020/21.

But while his poise and eye for goal has garnered praise, his focus is showing he can run “for the team” and do the work required off the ball.

“It’s good to come on and score two but it’s just about working hard and trying to impress,” Brewster said post-match. 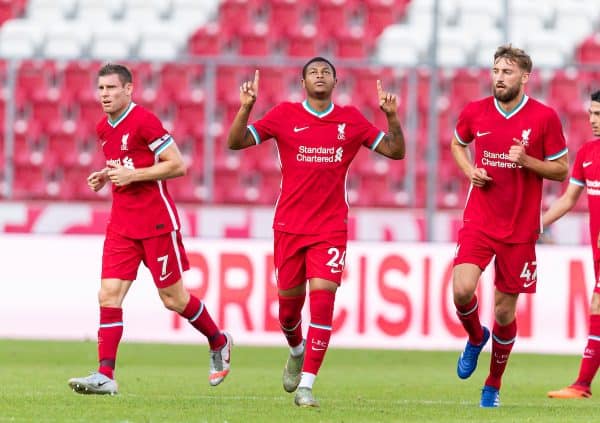 “It’s tough don’t get me wrong, but to come on and score two was very good and for me, it’s not about the goals at the minute – it’s about working hard and running for the team and that’s what I’m trying to do at the moment.

“You want to make the most of everything because you never know when it’s going to be your last game and every game I get I’m going to work hard and try my best.

“You’ve got to try and impress the manager and I’m trying to do that, working hard for the team and the goals are a bonus.”

It’s a message sent from above, with Jurgen Klopp reiterating that he knows what his young striker is capable of in front of the sticks and now he’s looking for consistent improvement elsewhere.

“Rhian is a young boy, he knows that he can learn a lot of things. He’s a natural goalscorer, that’s what he is,” Klopp said after the final whistle in Austria. 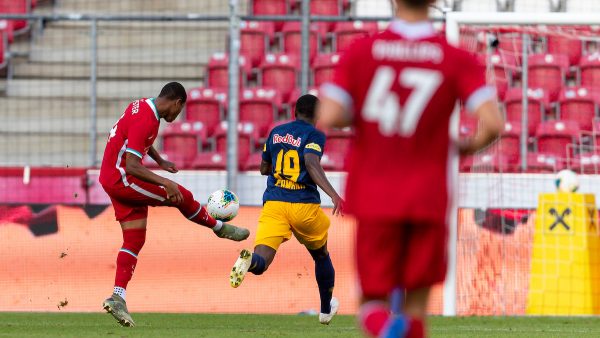 “Yes, we want more in the game when he is on the pitch but in the decisive moments he is 100 percent there and I like that a lot and he’s a wonderful kid.

Having been exposed to the physical and mental challenges which come with playing senior football week in and week out at Swansea, Brewster has evolved as a player in the last eight months.

And now he’s looking to “start off the new season right by winning silverware” against Arsenal in the Community Shield on Saturday.