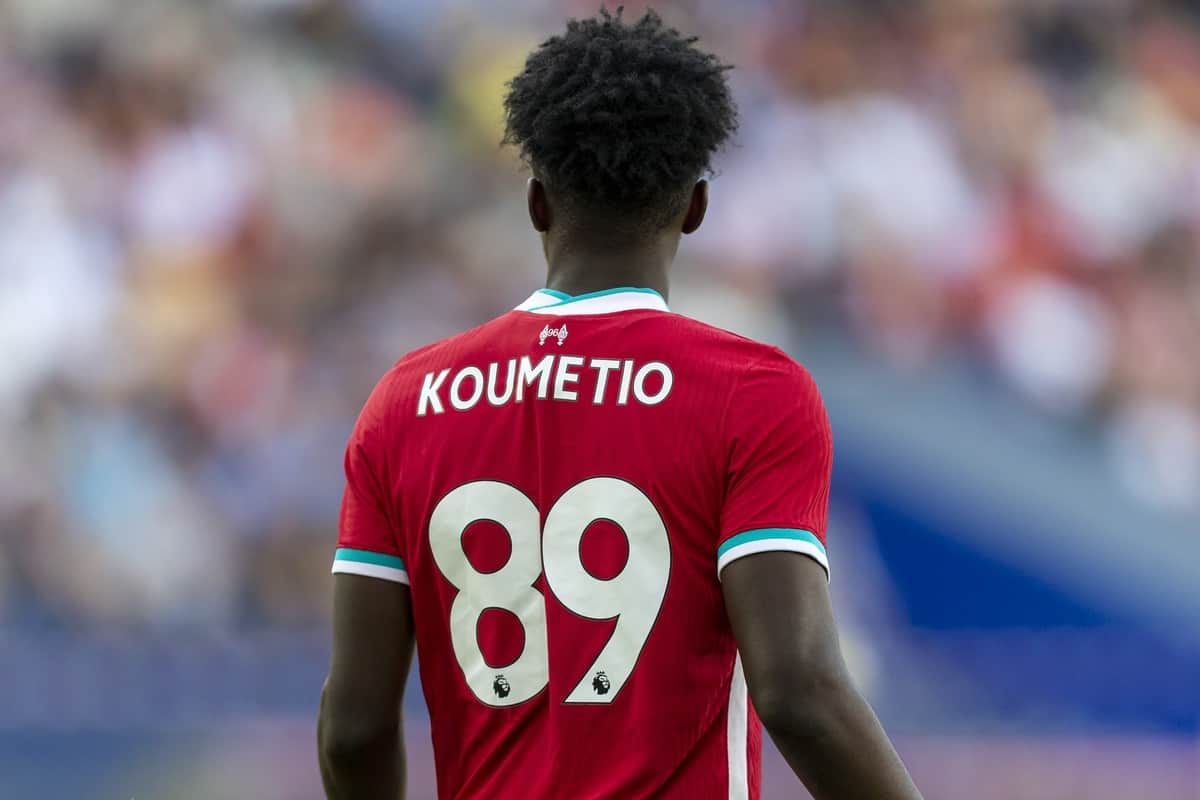 Jurgen Klopp has praised Billy Koumetio as a “big talent,” reassuring the 17-year-old after his error led to a goal in Liverpool’s 7-2 pre-season win over Blackpool.

Koumetio made his first-ever start for the Reds’ first team on Saturday, partnering Joel Matip at the heart of defence in the final friendly of the summer.

He came up against CJ Hamilton and Jerry Yates, who both boast significantly more senior experience with 325 appearances in the Football League combined, and it showed in the early stages.

A pass from Mohamed Salah put Koumetio under pressure, and not moving out of defence quickly enough he found himself in a 50-50 challenge with Hamilton, who won the ball and raced clear through to fire an opener past Alisson.

It was an inevitable moment, but one that the young Frenchman will be disappointed with, coming just 15 minutes into his first start.

Speaking to LFCTV after the game, Klopp reassured Koumetio, explaining how a makeshift defence, with little organisation when it comes to keeping the line, forced a situation which he was, admittedly, too relaxed in.

“Absolutely,” he said when asked if it will be a learning experience.

“We had some problems in the first half, and this is a pressed ball against a very experienced player, [Hamilton] was stronger in that moment.

“Our last line played [for the] first time together, it’s completely fine, we were just not high enough.

“There were many situations where I thought ‘it must be offside’, and it wasn’t offside. For one reason at least, it was not offside because we were not really in line.

“So all these things, little things to learn, but 17 years old, wow, the whole life in front of him which is really nice.

“Big talent, and how I said, he had a few really, really good situations, but this pressed ball was not so nice.”

Some of the onus, therefore, could fall on Matip, as a 29-year-old veteran at the back, but unfortunately, Liverpool’s No. 32 has never been the most vocal, and he was making his first appearance since June.

Koumetio recovered well, and as Klopp attests was particularly impressive on the ball, with his passing from both his left and right feet giving the Reds a useful outlet.

It could be that this error will help Koumetio improve in the years to come, serving as a reminder of the intensity of senior football, as even clubs in League One will punish mistakes among the back line.

Klopp clearly has a lot of faith in his new centre-back, and it appears he is dedicated to ensuring he makes progress into the first team following the departure of Dejan Lovren.