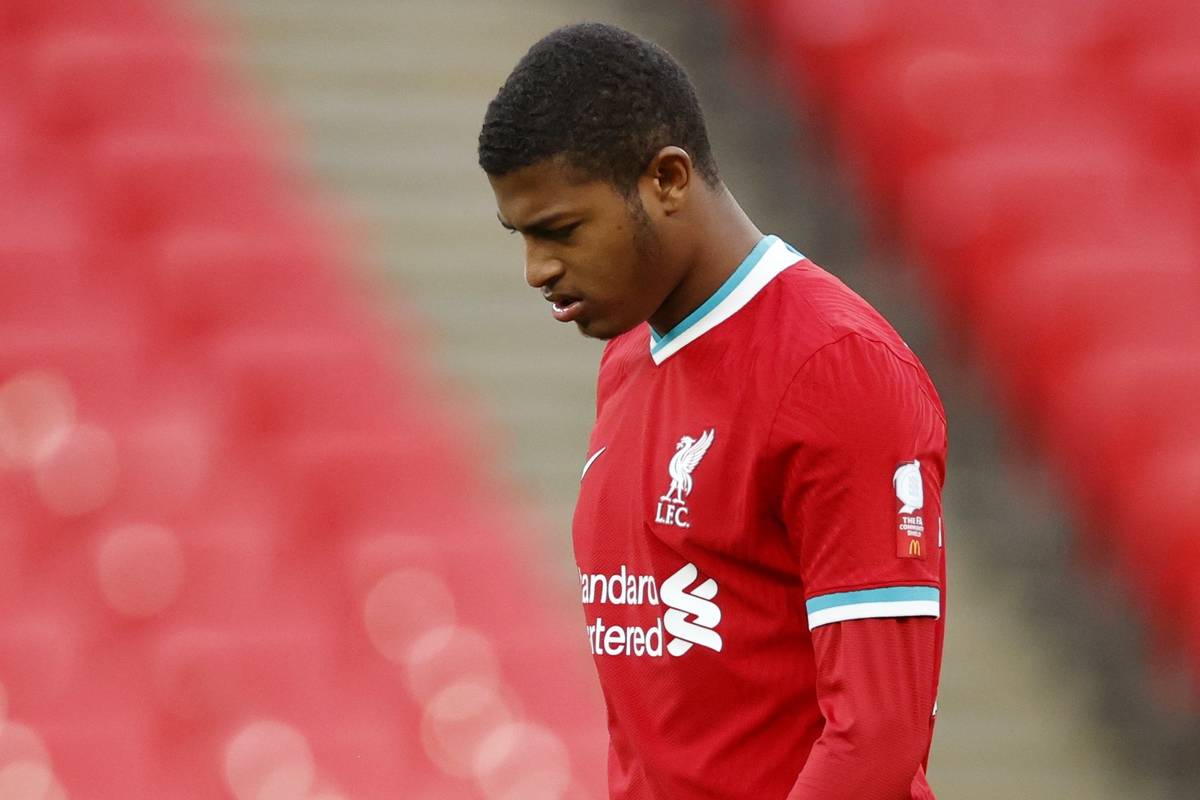 Rhian Brewster was left out of Liverpool’s matchday squad for the League Cup third-round clash with Lincoln on Thursday, as the striker moves closer to a permanent exit.

The 20-year-old would have been a prime candidate to start at Sincil Bank, but following the signing of Diogo Jota the writing is on the wall.

Despite his clear quality and potential, the decision appears to have been made to cash in on Brewster this summer—though a loan move is, seemingly, still on the cards too.

The likes of Marko Grujic, Xherdan Shaqiri, Divock Origi and Harry Wilson all made the squad at Lincoln, but Brewster was left out amid continued interest from Sheffield United among others.

United are “leading the race,” according to the Independent‘s Melissa Reddy, but Crystal Palace, Brighton and Aston Villa are also keeping tabs on the youngster.

Reddy adds that Liverpool value Brewster at around £25 million, and will insist on a buy-back clause being included in any permanent deal.

Sky Sports have previously claimed that this clause would be worth £37 million, though given that was in a report of a bid from Palace that their chairman Steve Parish vehemently refuted, that should be taken with a pinch of salt.

That Brewster was absent at Sincil Bank while Wilson, who himself is the subject of negotiations with Burnley, was named on the bench suggests an exit may be closer for the striker.

United manager Chris Wilder has repeatedly stressed his desire to sign a new forward option, and held further talks with Klopp over a possible move on Wednesday, having publicly revealed an approach earlier this month.

Heading to Bramall Lane would be a productive move for Brewster, given he would likely take up a focal role that is simply not on offer at Anfield at present.