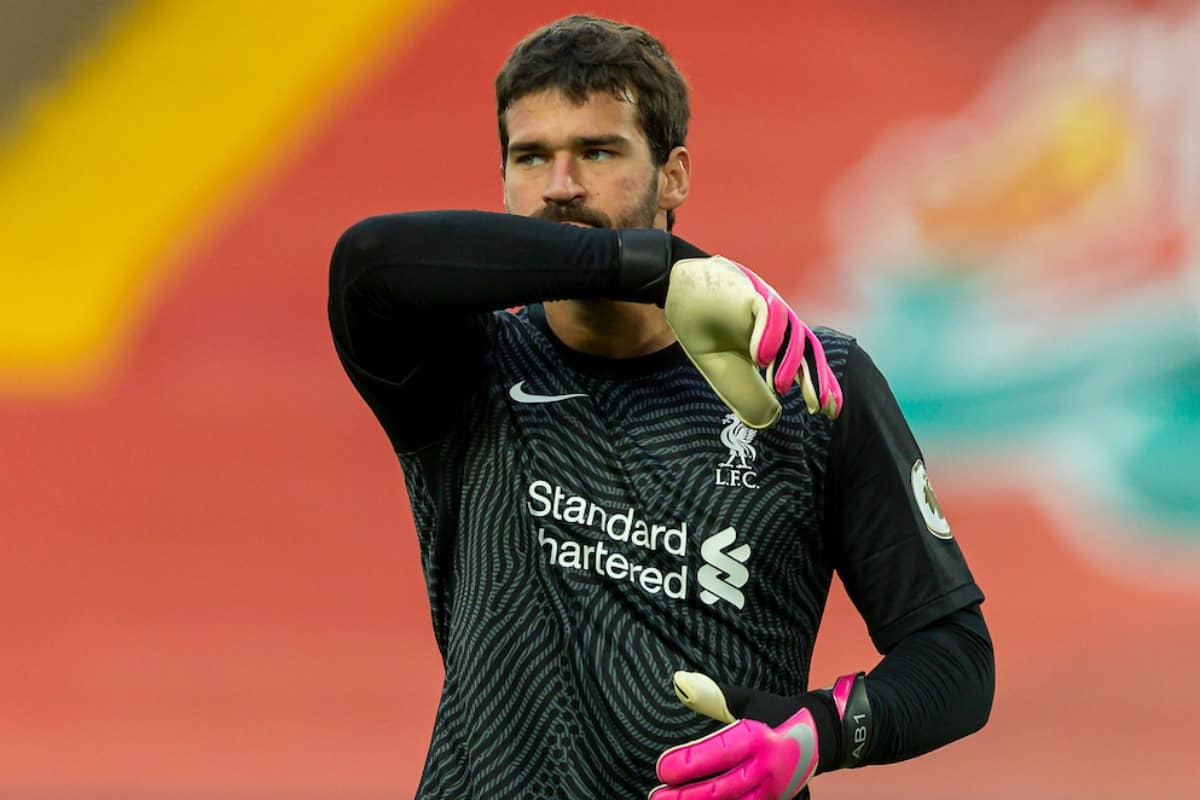 Liverpool have been dealt yet another injury blow, with Alisson ruled out of the meeting at Aston Villa after succumbing to an injury in training.

As ever, the Reds’ undisputed No. 1 was expected to take his place between the sticks for Liverpool’s trip to Aston Villa, only to be ruled out through injury.

The Brazilian missed Arsenal’s visit in the League Cup as part of squad rotation and was an active participant in team training on Friday, but will be absent from the matchday squad on Sunday due to an injury sustained at Melwood – as confirmed by the Atheltic’s James Pearce.

The severity is not yet known but it means Adrian has retained his place from mid-week, and his start at Villa Park will be the Spaniard’s first in the Premier League since March and only his 10th in the topflight for the Reds since arriving last summer.

While Thiago and Sadio Mane are currently self-isolating after testing positive for COVID-19.

It is the latest setback for Alisson who suffered hip and calf problems last season which ruled him out for a total of 14 matches, with Adrian asked to deputise in his place for a run of nine league games – which all ended in a win.

He was set to join Brazil during the international break for their fixtures against Bolivia and Peru, but will now certainly remain on Merseyside as part of his recovery process.

Suggestions had surfaced that Trent Alexander-Arnold was in doubt, but Pearce has stated that “he’s fine and I’m fully expecting him to return at right-back” at Villa, a game which is set to see Diogo Jota handed his first Premier League start for the Reds.