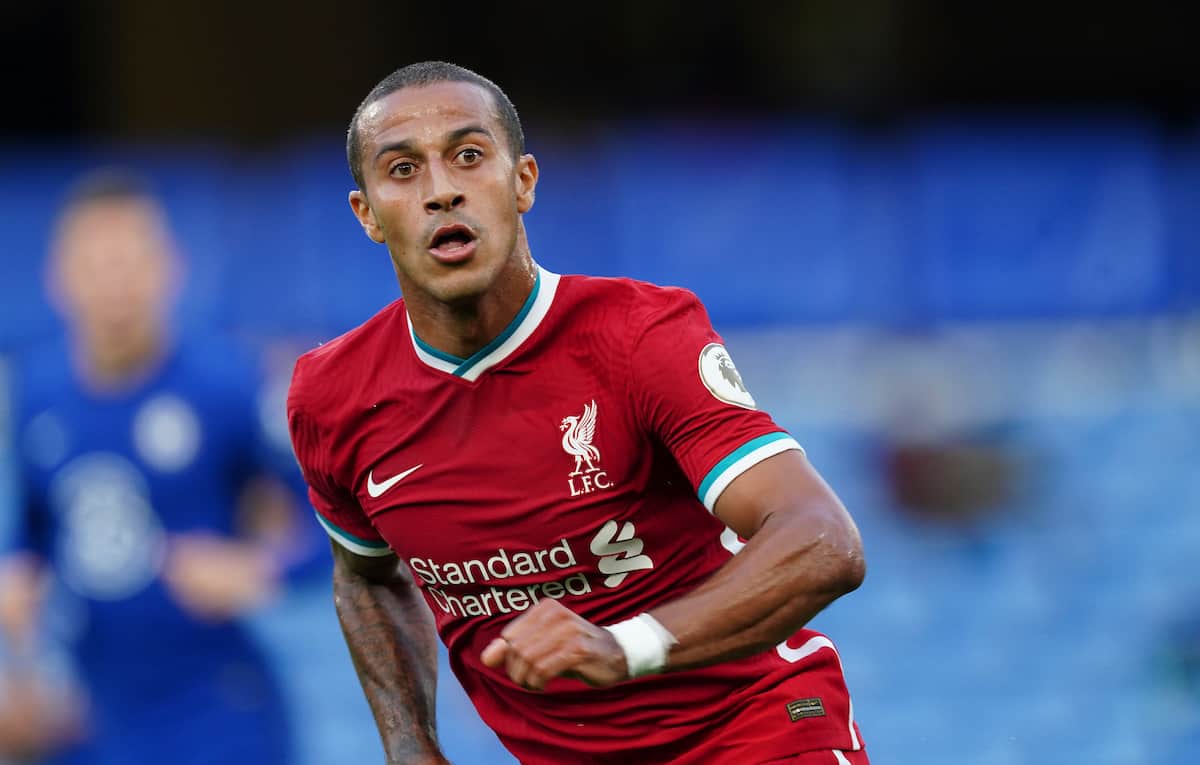 Gini Wijnaldum has labelled Thiago and Liverpool as the “perfect match,” with his addition alongside the Reds’ other new arrivals welcomed in a relentless season.

The Reds left their summer business late this year but the arrivals of Kostas Tsimikas, Thiago and Diogo Jota all ticked key boxes across three different departments.

With Jurgen Klopp‘s side bursting with talent the selection pool within the transfer window has dwindled in size for those who are capable of forcing their way into the starting XI on a consistent basis.

It is thanks to development in training and the expert work conducted in previous windows that Liverpool find themselves in this enviable position.

But in Thiago, first and foremost, the Reds landed a world-class operator at a bargain price and one who can immediately slot into Klopp’s first-choice side and offer much-needed potency from the middle of the park.

His arrival was met by widespread fanfare and the Spaniard’s quality was not lost on the players themselves, as Wijnaldum attested to when he eulogised his new teammate and labelled it as the “perfect match.”

“Everything impressed me,” he told the club’s official website. “I saw him play for years now.

“He’s such a quality player that is going to make this team even better than we were before. So, I’m really happy, everyone is really happy, to have him here. He’s also happy to be here.

“I think it’s a perfect match: Liverpool and Thiago.”

Thiago has, of course, been limited to just 45 minutes of action after testing positive for coronavirus a week after his debut at Chelsea, but it was enough to whet the appetite ahead of his expected return for the clash at Everton.

But while Liverpool’s new No. 6 has dominated the headlines, Wijnaldum similarly spoke highly of Jota and Tsimikas in regards to not only their quality on the field, but also their personalities which have seen them slot into the tight-knit squad with ease.

“Brilliant, class – class players,” he added. “They already showed at their previous clubs that they are really good players and we are really happy to have them here, because they make the squad better.

“With them, we have a bigger squad; I think you need that during a season.

“But the most important thing is that they are quality players and that makes the team even better than we were before.

“I’m really happy with the signings. They are also good personalities, good people – they totally fit into the team we have.”