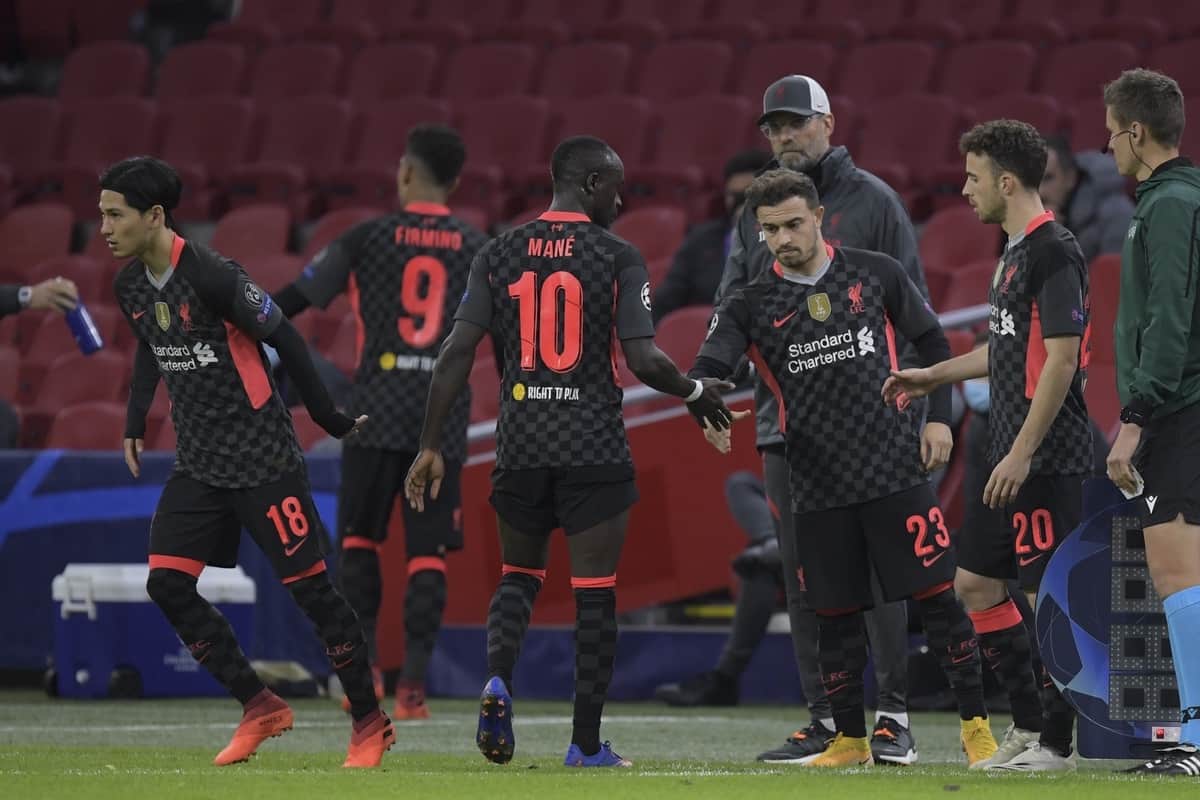 After making all five substitutions in Liverpool 1-0 victory over Ajax on Wednesday, Jurgen Klopp admitted he will use the Champions League rule “most of the time.”

The Reds edged past Ajax in their Group D opener in midweek, with Klopp making the surprise move to withdraw all three of Mo Salah, Sadio Mane and Roberto Firmino on the hour.

Curtis Jones had already made way at half-time, and there was still room to introduce Rhys Williams as a third centre-back late on as Liverpool held on for the victory.

Replacing Salah, Mane and Firmino were Xherdan Shaqiri, Diogo Jota and Takumi Minamino, and the incoming trio changed the dynamic of the game, giving the Reds a different edge in a competitive tie.

Klopp has been a vocal critic of the Premier League‘s vote to return to the traditional three substitutions this season, but UEFA moved to retain the five sub rule for 2020/21, which he intends to take advantage of.

“Game management is one thing, the other thing is using the power of the others,” he told BT Sport, when asked if his triple change came with an eye on the visit of Sheffield United on Saturday.

“You saw they were fresh, they were the hardest-working. It was a bit of a shame Diogo didn’t score, Shaq was lively with unbelievable energy and Taki is a machine.

“He’s everywhere. He defends like a devil, and then offensively he’s really involved. Nice one-twos together with Diogo on the side where they came in the box.

“So that helps, obviously. When you can make five changes in midweek games, probably most of the time we will have to do that.” 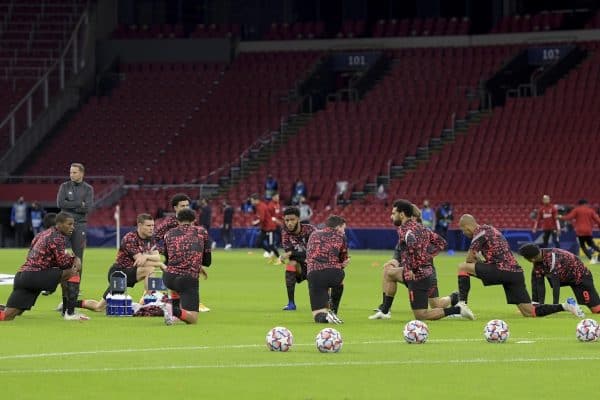 Liverpool were without Thiago, Joel Matip and Alex Oxlade-Chamberlain due to injury on Wednesday night, while Naby Keita was omitted as a precaution, but despite this there was still strength on Klopp’s bench.

Jordan Henderson took Jones’ place at the break, while Divock Origi was an unused substitute as the manager favoured Jota, Minamino and Shaqiri as his options in attack.

The ability to make changes during the game allows Klopp to experiment more in a bid to seal results, and it could be that, given the performances of Jota and Minamino in particular, the likes of Salah, Mane and Firmino are rested entirely at points.

While it is not an ideal situation in the Premier League, the Champions League will allow Klopp to rotate smartly to ensure certain players won’t be overworked in a campaign that sees Liverpool play twice a week most weeks.