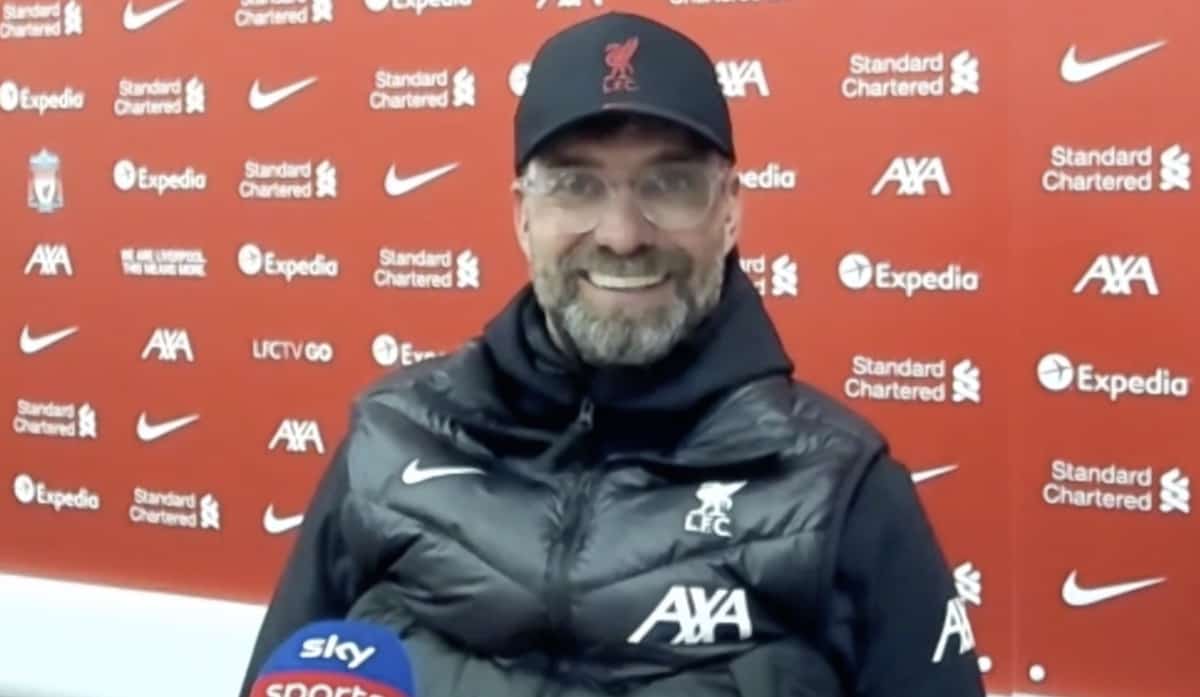 Jurgen Klopp was pleased with the “big heart” on display from his side after they were made to work for their 2-1 win over Sheffield United on Saturday.

Liverpool returned to Anfield and were aiming to ensure they did not go three league games without a win and while they did just that, they were made to dig deep for the three points.

Controversy surrounded the Blades’ opener after a free-kick was upgraded to a penalty by VAR after appearing to adjudge the location of the challenge rather than if it was, in fact, worthy of a spot-kick.

Roberto Firmino came in clutch before the break before Diogo Jota sprung up for one of his own as the Reds saw out the game to clinch three valuable points.

And the boss was thrilled with his side’s defensive resolve but still had time to touch on the decision which keeping going against the Reds.

“A tough week, obviously, a lot of games. A lot of minutes, tough opponents who fight hard so really pleased with that. That’s it.

“It’s game number six of the season and in three of them we were on the wrong end of this kind of decisions. It’s not about wanting an advantage, we just don’t want any a disadvantage,” Klopp added on the penalty decision post-match.

“We really good at the start of the game but it gave Sheffield United a proper boost with all the quality they have.

“We lost a bit of patience, it wasn’t what we wanted to do. We scored a goal anyway, started the second half really well. Scored the second goal and scored another, offside or not, I don’t know anymore.

“We didn’t score anymore so it stayed open, they had their moments but we defended well, with a big heart, and so I liked it.”

The boss also touched on the “outstanding” performances of Mohamed Salah and Sadio Mane and the “big boost” of Alisson‘s return after the Brazilian gave himself the green light to feature.

Liverpool will now have less than 72 hours before their next kickoff, with Midtjylland the visitors in the second group game of the Champions League.