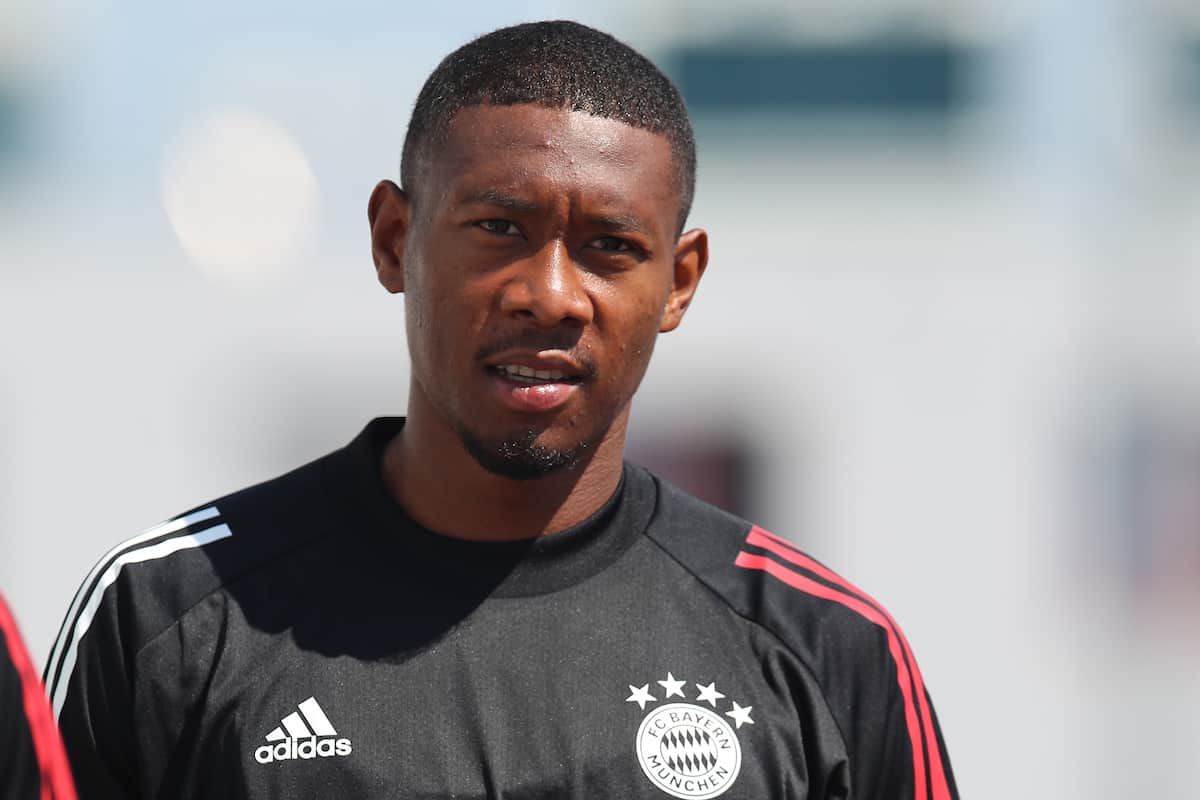 With David Alaba reaching an impasse in talks over a new deal with Bayern Munich and Liverpool in need of a centre-back in January, he would be an ideal signing for the Reds.

Alaba’s contract with the Bundesliga leaders expires at the end of the season and after a lengthy spell of negotiations without a resolution, Bayern withdrew their final offer earlier this month.

“The answer was that the offer was still unsatisfactory and we should think about it again,” club president Herbert Hainer explained.

“We then decided to take the offer completely off the table. This means there is no longer an offer.”

The Austrian, who has been with Bayern since 2008 and has made 396 appearances, said he was “disappointed and a little hurt” that the club failed to correct persistent rumours of the wages he was turning down, with the ‘final offer’ claimed to be worth £190,000 a week.

Now Alaba looks set to move on from Munich and, while it remains to be seen whether a January switch would be realistic, it is a deal Liverpool should be considering.

Here are 10 reasons why Alaba would be the ideal January target.

In the most turbulent, demanding season in history, Liverpool are already feeling the toll of a ridiculous schedule when it comes to injuries.

With Virgil van Dijk sidelined for the rest of the season, and the likes of Fabinho, Thiago, Jordan Henderson and Trent Alexander-Arnold already having endured spells out, Joe Gomez is the latest to join the injury list.

Jurgen Klopp has been left to turn to his academy ranks and this would be the natural course of action in a normal campaign that required a smaller squad size.

But signing Alaba would provide an immediate solution in a variety of roles, most notably centre-back. 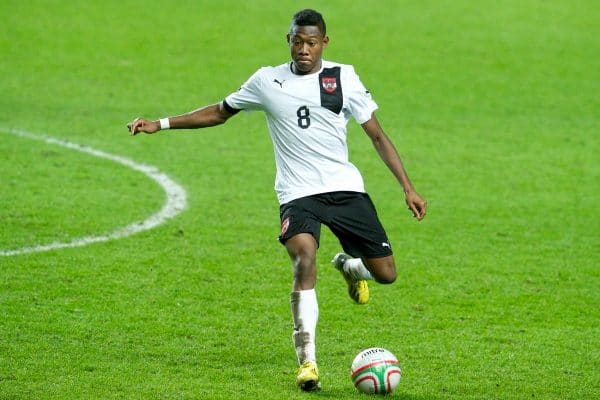 One of the outstanding qualities Alaba has provided for Bayern and Austria over the years is his ability to play a number of different positions to an elite standard.

Most commonly for Bayern he has operated as a centre-back – which, as a left-sided player, would allow him to fill in for Van Dijk – while for his country he has been a regular in central midfield.

That is not the limit of his powers, though, as Alaba has also been called upon at left-back, on either side of the midfield and even as a No. 10, and in every role he has been able to influence the game.

But despite this, he is nearing 400 appearances for Bayern – including 255 in the Bundesliga and 85 in the Champions League – and has played 73 times for his country, often as captain.

This experience is vital to Klopp, as the signing of Thiago proved. 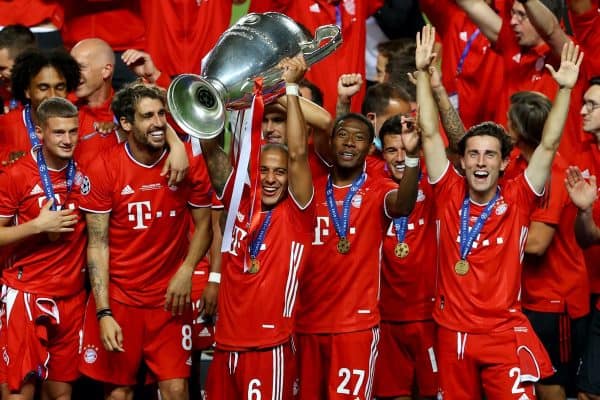 Alaba and Thiago have played together on 184 occasions, the 10th-most of any combination throughout the Austrian’s career so far; in terms of minutes, of which there have been 13,280, it is the eighth-most.

They struck up a strong bond during their time together at Bayern and this translated onto the pitch, too, where they were relied upon as two of the Munich club’s finest operators in deeper positions.

Reviving this at Liverpool seems almost a no-brainer. 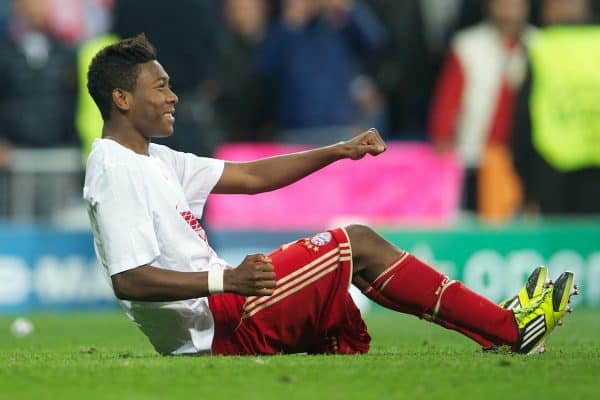 Just like Thiago, whose fragile contract situation at Bayern allowed Liverpool to seal a deal worth just £25 million, Alaba would serve as a major value-for-money signing.

While Bayern may be open to keeping him on for the remainder of the season and allowing him to leave on a free next summer, the right price could tempt them to sell early.

And no doubt Michael Edwards is the man to negotiate that. 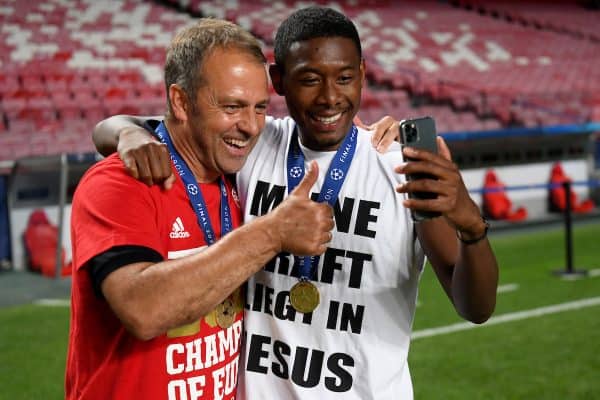 Every signing Liverpool make must not only reach the standard in terms of ability on the pitch but also in terms of their character off it, with Klopp personally speaking to every prospective addition before sanctioning a move.

This quote from Bayern manager Hansi Flick suggests he would fit right in: “I’d be really happy if he stays beyond this season, he’s a fantastic player and fantastic human being.

“I want to emphasise that again because he’s extremely important for the team on the pitch, off it, he embodies certain values and is extremely popular with the team and fans. I’d be really happy if he stays.”

Beyond the injury issues of the campaign, the Reds’ most pressing issue when it comes to recruitment will be in replacing Wijnaldum, who has provedn himself as important as ever so far this season.

The Dutchman is no closer to extending his stay at Anfield and it has been widely reported that he will depart on a free transfer at the end of the season.

While Alaba would initially come in as a centre-back, his long-term role at Liverpool could be in the midfield, where he would join Thiago, Fabinho, Henderson, Naby Keita and Curtis Jones as regular options for Klopp.

It is likely that not soon after Wijnaldum goes so too will Milner, with the vice-captain turning 35 in January, when he will also enter the final 18 months of his contract.

Though his remarkable fitness has ensured he is still a useful player for Liverpool, time will creep up on Milner at some point and in terms of utility men, there are few better successors than Alaba.

Holding down a regular role in one position would be ideal, but Alaba’s ability fill in at left-back and a number of other roles is certainly reminiscent of Milner.

Establishing further depth and transitioning beyond Wijnaldum and Milner will be part of a long-term plan for Klopp and Edwards.

So too, perhaps, will be addressing the future of Joel Matip if his injury problems persist – this could be a pivotal campaign for the No. 32, despite having signed a new deal to 2024 last October.

Alaba’s arrival could serve as the next step for Liverpool as the squad continues to evolve. 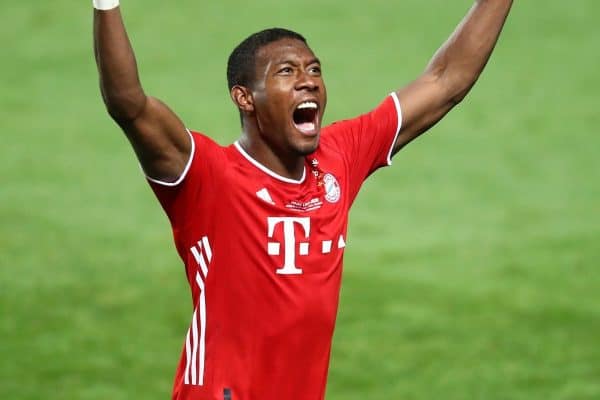 Put simply, Alaba is the calibre of player the Reds will need to continue signing to ensure they stay at the very top, competing for the Premier League title and the Champions League trophy.

The 28-year-old is arguably a step up from a number of first-choice starters within Klopp’s squad and if he is willing to accept a similar role to Thiago – a key player, but still part of a rotational unit – he would be an ideal addition.

Klopp would surely relish the chance to work with a player he will have grown to admire during his time as manager of Dortmund and Liverpool.

And Alaba should relish the opportunity to play for Liverpool if it arises.