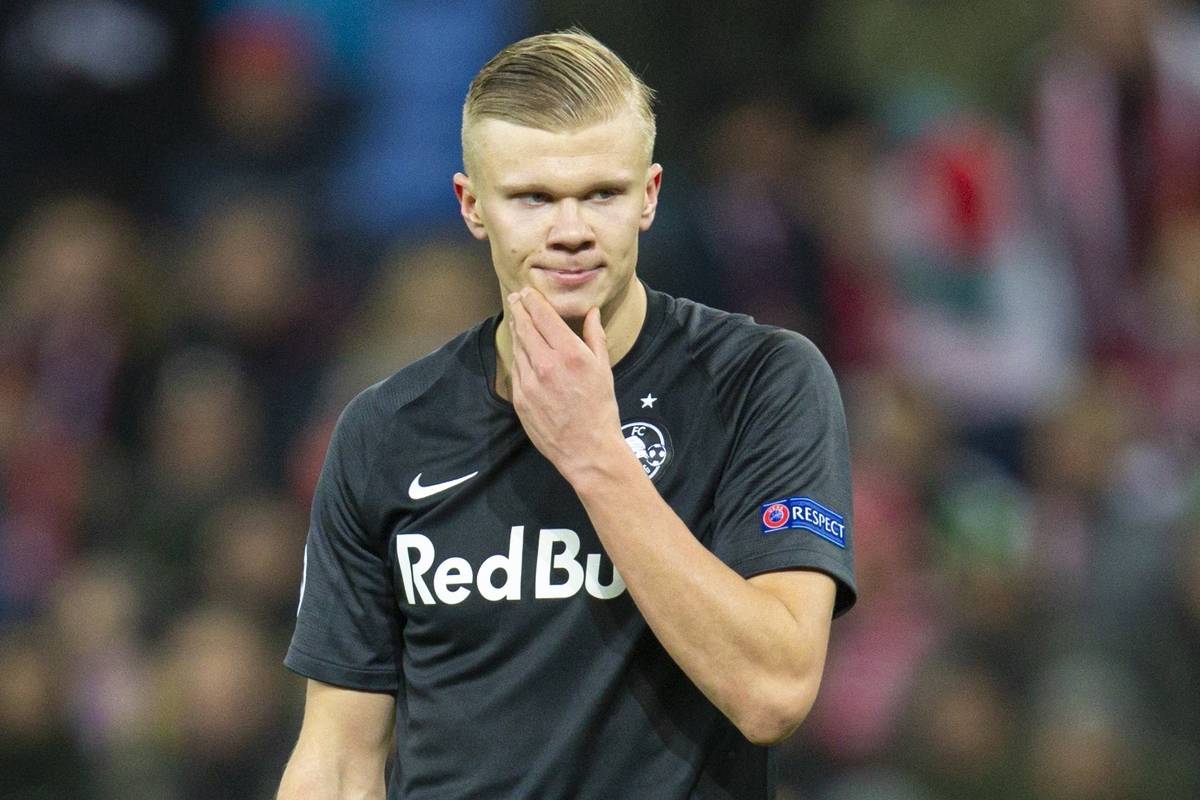 Haaland has quickly established himself as one of the most dangerous centre-forwards in world football, having excelled in front of goal with both Salzburg and Dortmund.

After joining from Molde in 2018, he scored 29 goals in 27 games for the Austrian club, and making a £17.1 million move to Germany in January, has so far struck 24 times in 27 outings for Jurgen Klopp‘s former side.

The 20-year-old has also already netted six times in seven appearances for Norway, and showing no signs of stopping he is a hugely coveted talent across Europe.

Salzburg were forced to part ways with their prized asset for such a low fee due to a buyout clause in Haaland’s contract, and there is rumoured to be a similar option in his contract with Dortmund, albeit at a much higher £67.5 million.

Given his age, ability and potential, this would represent something of a bargain, and Freund believes it will be one Liverpool will take up.

Speaking on Sky90, the Salzburg sporting director discussed Haaland’s move to Dortmund, and with Lothar Matthaus suggesting Anfield as a possible destination next time around, he agreed “that’s where he will land.”

“He can play for any club in the world,” he explained.

“With his mentality, his will, with his self-confidence, he can make a mark on European football in the next 10 years.”

Freund ruled Bayern Munich out due to the longevity of Robert Lewandowski, but insisted “there are five or six better teams” than Dortmund that he could play for.

The prospect of Haaland joining Liverpool is an exciting one, particularly as Klopp’s attack evolves with new signings such as Diogo Jota and the Norwegian’s former Salzburg team-mate Takumi Minamino.

With Roberto Firmino turning 29 last month, there is a question over how long the Brazilian can maintain his relentless approach to the striker role, and whether added competition is required up top.

Haaland would ultimately require a regular starting role, but the signing of Thiago from Bayern has highlighted how Klopp can add world-class talent to his squad while maintaining a rotational approach.

The release clause in the youngster’s contract is said to be able to be activated in 2022, which could be an ideal time for the Reds in terms of finances.