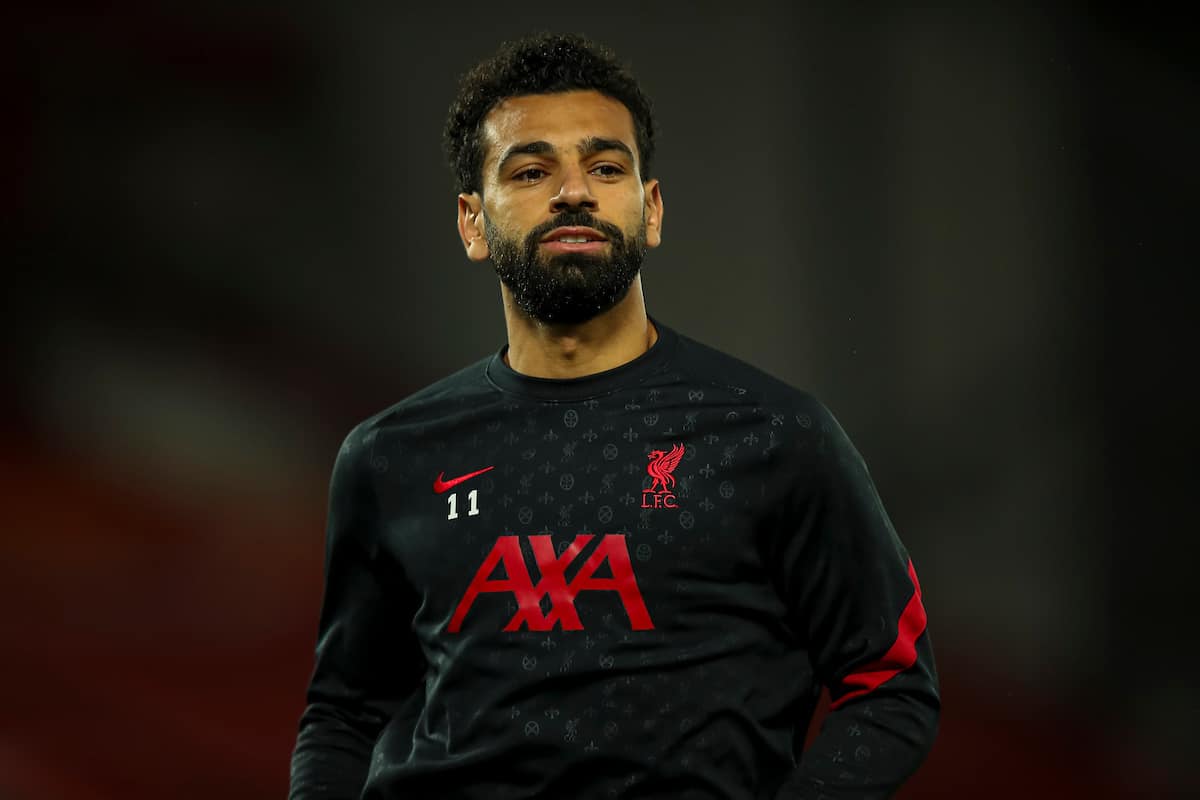 The Egyptian Ministry of Health’s head of COVID-19 has revealed Mo Salah “can return to England if his test result on Thursday is negative,” which he expects to be the case.

Salah has been in self-isolation since Friday after testing positive for COVID-19 following two tests with the Egypt squad, and it was claimed he was suffering with mild symptoms.

However, Hossam Hosny, head of the COVID-19 committee for the Ministry of Health in Egypt, has now refuted this and said he “expects” the Liverpool striker to return a negative test on Thursday.

If that happens, the 28-year-old will be permitted to fly back to Merseyside, which could see him return to training ahead of Sunday’s clash with Leicester.

While it is unclear whether Salah will be able to feature in that game, if he is no longer COVID-19 positive it is possible Jurgen Klopp includes him in the following clash against Atalanta.

“Salah is currently in El-Gouna to complete his quarantine and he will conduct another PCR test on Thursday,” Hosny explained.

“And I expect that his result will be negative because until now, the player hasn’t shown any symptoms.

“Liverpool are communicating with us to check on Salah, and their medical staff agreed that he would travel to El-Gouna, and Salah can return to England if his test result on Thursday is negative.”

Hosny did, however, admit that “it’s better to conduct two tests before travelling,” which could leave the decision in the hands of Liverpool’s team doctor Jim Moxon.

The club may consider their resources more dependable and test Salah on his return to Merseyside, which could expedite his comeback ahead of a busy week for the Reds.

If he does not feature against Leicester, it is likely that the No. 11 will be available for the visit of Atalanta on November 25, with a tight turnaround after that game seeing a trip to Brighton less than 72 hours later on November 28.

Salah has been in exceptional form so far this season, scoring 10 goals in 13 appearances, including eight in eight in the Premier League, level with Jamie Vardy, Heung-min Son and Dominic Calvert-Lewin as top scorer.