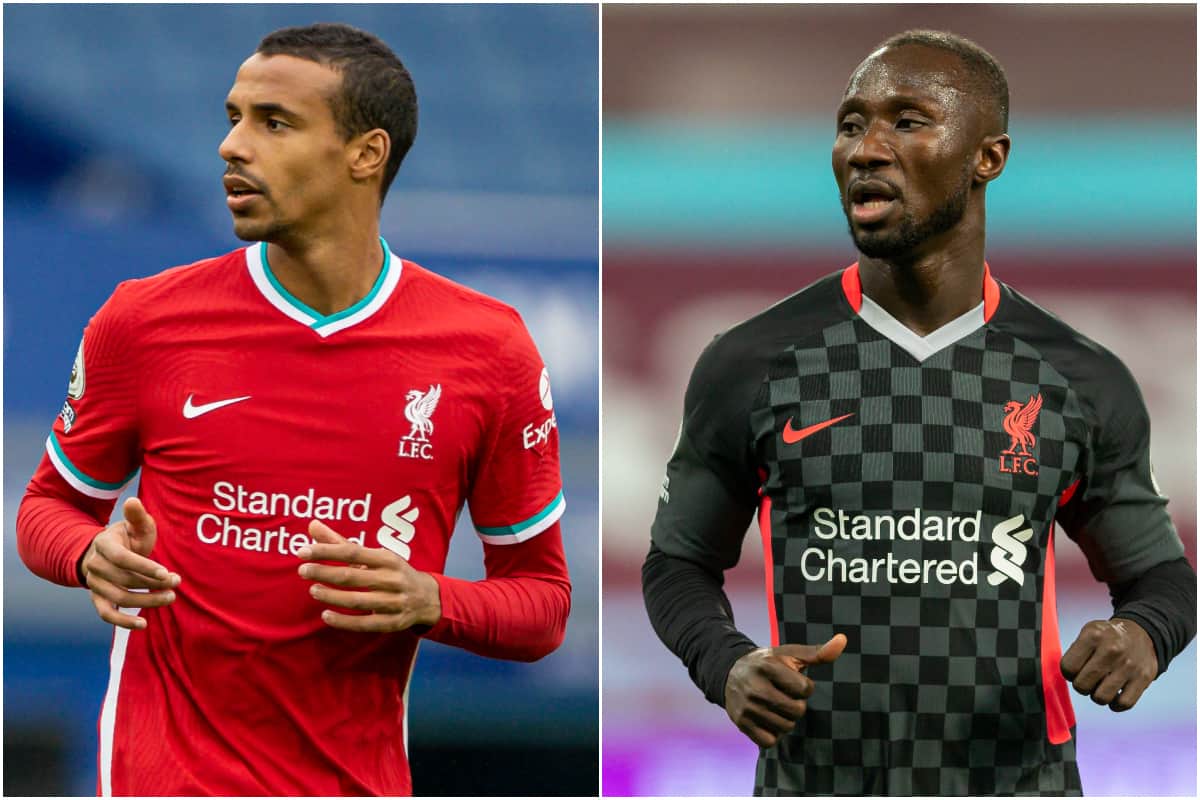 Jurgen Klopp remains in the dark as to whether Joel Matip will be available to feature against Spurs following a back issue, while Naby Keita could be back in the mix.

Liverpool’s injury tale could read like a novel on the eve of just the 13th Premier League game of the season, with Matip the latest to have question marks to his name once more.

The centre-back was making his seventh start of 2020/21 when he was forced from the field at half-time with back spasms at Fulham, leading Jordan Henderson to drop into his position as the Reds’ defence continues to take hit after hit.

After the game, Klopp was hopeful that Matip would be back for the top of the table clash against Tottenham but in his pre-match press conference, he revealed he “doesn’t know” if he can call on his senior option.

“I don’t know yet. Only two days ago we played and he left the pitch with a back spasm,” Klopp said.

“The physios were pretty much working on him for 24 hours so we will see today. We have another session and then we will see what else.”

Meanwhile, James Milner and Xherdan Shaqiri will play no part as they continue their battle to return to fitness, but there was a slither of hope for Keita after he took part in some of the Reds’ training on Monday.

The midfielder missed the visit to Fulham after pulling up in the draw at Midtjylland as he continues his struggle to string a series of games together and Klopp touched on his uphill battle as he looked to ensure his quality was under no doubt.

“Naby maybe. [He was] involved yesterday in extended warming up, another session today we will see how he reacts and make a decision,” Klopp continued.

“Naby has no rhythm, that’s the truth. But because of different things since we started the season again and that obviously doesn’t help performance-wise.

“And then you play a game and then only two days between them and then we have to make a decision, is he ready?

“Then the boys start playing again and then obviously that was the case at Midtjylland, everybody who saw Naby Keita playing in his absolute best moments knows that it was obviously not his best moment.

“Normal and explainable with the lack of rhythm. But now we have to make a little step back again with him, it’s not too serious it’s why he is in training again but we will see.

“Nobody is in doubt about Naby’s qualities, when you are injured then you need to be a little bit lucky that you don’t get a re-injury because of the intensity and he didn’t have that luck.

“We try to be as careful as we can and we just try to consider the personal situation of the boys and make the decision if they are ready to play or not and sometimes it works out, sometimes not.”