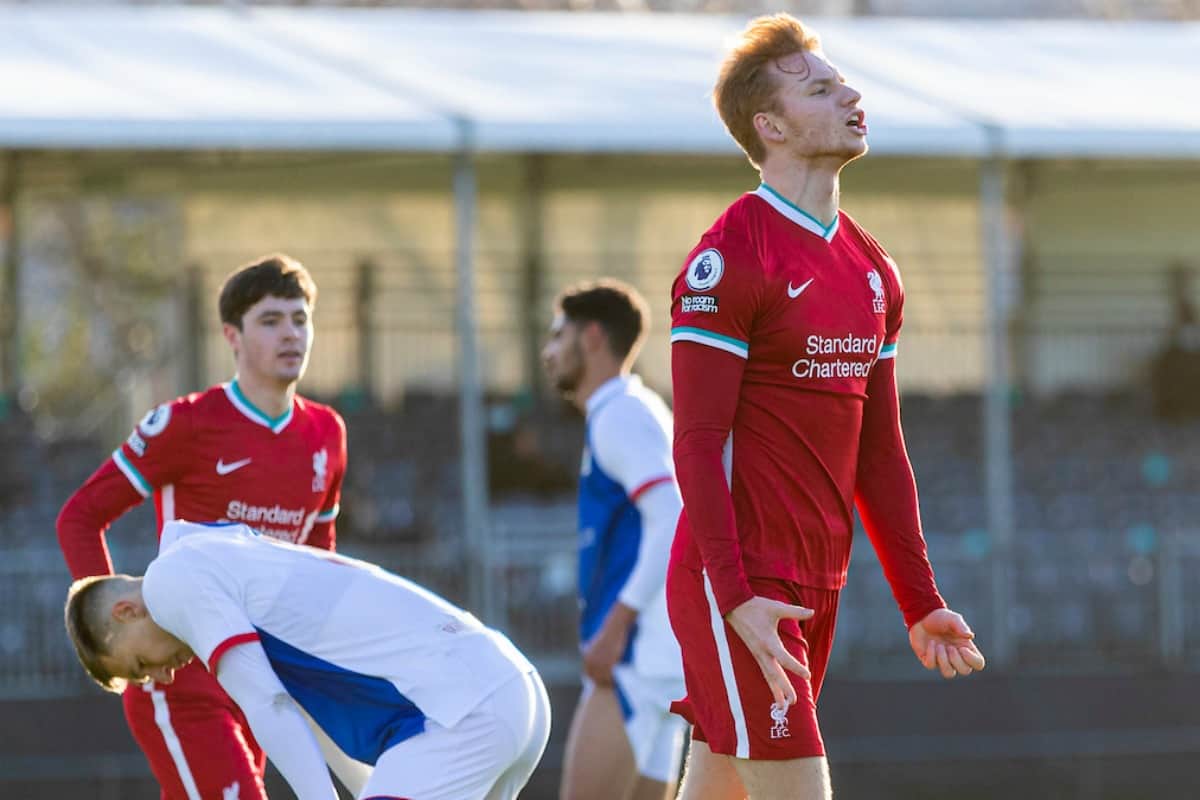 Liverpool under-23s relinquished a half-time lead in a 2-1 defeat to Blackburn on Saturday afternoon, where summer arrival Marcelo Pitaluga made his debut for Barry Lewtas’ side.

With the top of the Premier League 2 table proving a tight tussle, a victory for Barry Lewtas’ side would create a buffer between them and visitors Blackburn and keep the heat on Man City.

Man City had emphatically put the Reds to the sword last time out and a response was needed, with three changes made to the side, as Marcelo Pitaluga replaced Caoimhin Kelleher on his U23s debut and Jack Bearne returned.

But it was Sepp van den Berg, on return from injury, who got Liverpool off to the perfect start after finding the ball at his feet and converting from close range from a corner on 13 minutes.

It was reward for effort in what has a high-tempo opening half which saw captain Liam Millar have the number of Blackburn’s defence with his pace and power, with Bearne and Tom Clayton featuring heavily. 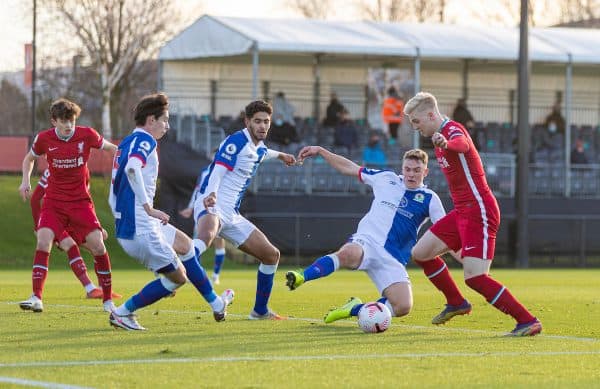 Layton Stewart was retained by Lewtas in the continued absence of Paul Glatzel and Joe Hardy and the 18-year-old was handed a clear opening for his maiden goal at this level thanks to Owen Beck, only to drag his effort agonisingly wide from close-range.

The Rovers were not without chances of their own as they looked to catch Liverpool on the transition, where Pitaluga was called into action.

The young Brazilian had an air of confidence around him and it showed in his disposal efficiency both by hand and foot, but an untimely foray left an open goal and thankfully Remi Savage was on hand to clear at the near post. 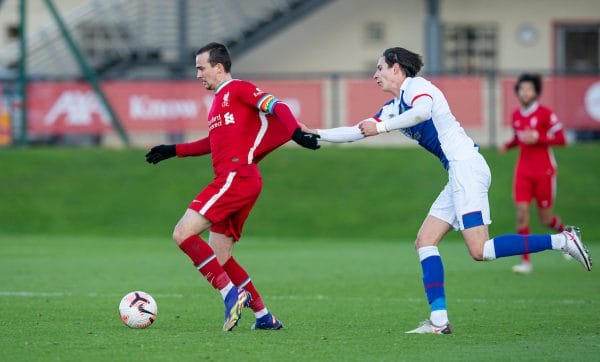 While the likes of Millar, Bearne and Layton could have seen the U23s head into the break with a greater advantage, their defensive exploits were just as impressive.

And they brilliantly aided the centre-back pairing of Van den Berg and Savage who came up trumps with a number of timely blocks and interceptions to keep Blackburn goalless for an hour.

But a bout of sustained pressure took its toll as, first, a soft backpass from Clayton was duly punished as Bradley Lyons slotted his effort beyond an onrushing Pitaluga to make it 1-1.

Rovers would make it two only minutes later, however, as Lyons was uncontested at the back post as he headed across the goalkeeper to punish the home side who they’d starved of possession.

A late injury to Millar and a penalty appeal denied by the referee after Stewart was bundled over compounded the disappointment for Lewtas and co.