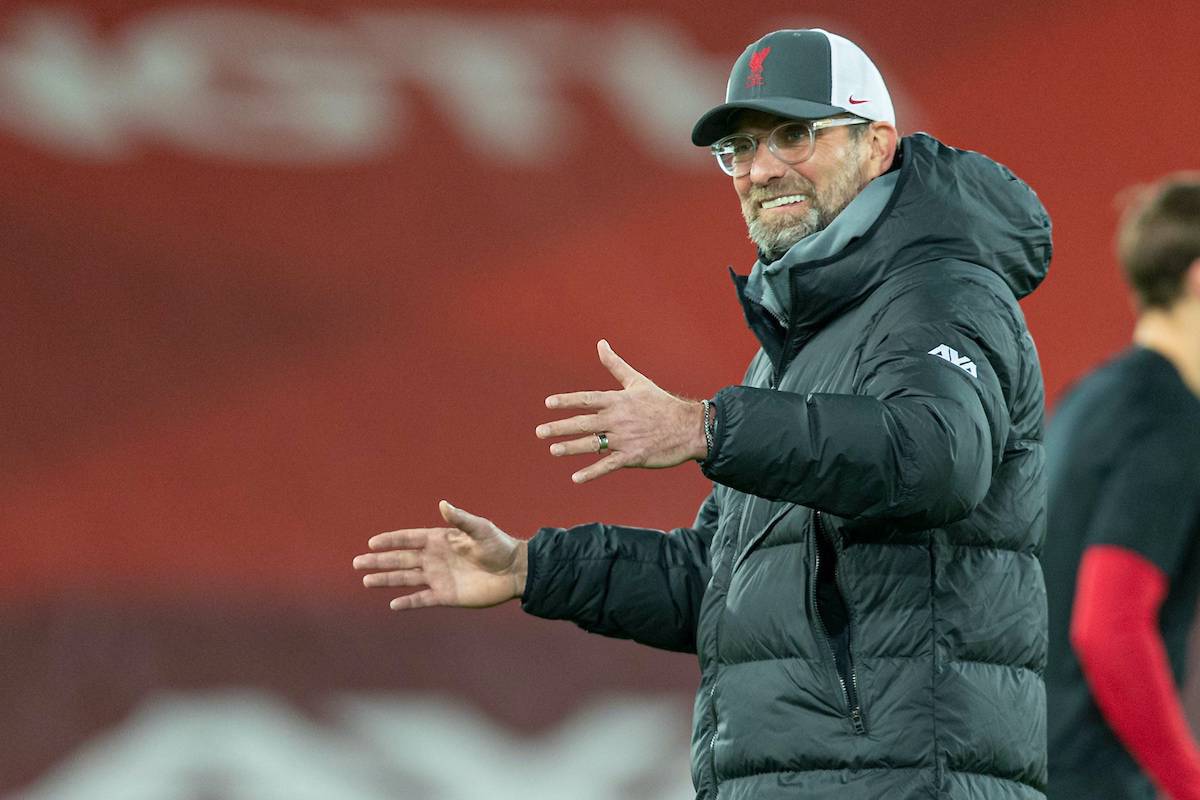 After two back-to-back Anfield defeats Jurgen Klopp was uninterested in making the situation “bigger than it is” ahead of the league leaders’ visit on Sunday.

Not since 2012 have the Reds tasted defeat at Anfield in successive Premier League games, but both Burnley and Brighton ensured that was the case.

The former were the ones to bring an end to the astonishing 68-game league unbeaten run which dated back nearly four years, while the Seagulls were the latest to punish a toothless outing.

That Liverpool failed to score in either is another source of frustration, and now they will need to overcome a Man City side who sit seven points ahead in the table to ensure it does not become three in a row.

But while there is obvious dissatisfaction at the recent results, Klopp was intent on not making a mountain out of a molehill as he stressed his desire to make Anfield a “fortress again.”

“It’s not that I can say, ‘don’t forget now boys’. Everyone knows it’s Anfield, we love playing there still,” Klopp told reporters on Friday.

“It’s a great place, the best place we can imagine so it’s all good. But we didn’t win the last two games – I know that.

“But we were not interested in winning 68 in a row so why should we now make the two we didn’t win bigger than it is.

“I don’t think I could sit here if we lost 68 in a row or something like that, that would be really sensational.

“So it’s all about trying again, being positive, enjoying football – all these kind of things – and make it a fortress again.

“That’s how it is, but it will not happen in a press conference with what I say.

“I’m not 10 percent in the mood to speak about anything I would talk about with my players because when I am with them I am 100 percent there.

While the Reds let six points slip through their fingers, they remain the second-best home side in the division, behind only Sunday’s opponents, having picked up 23 points from a possible 33.