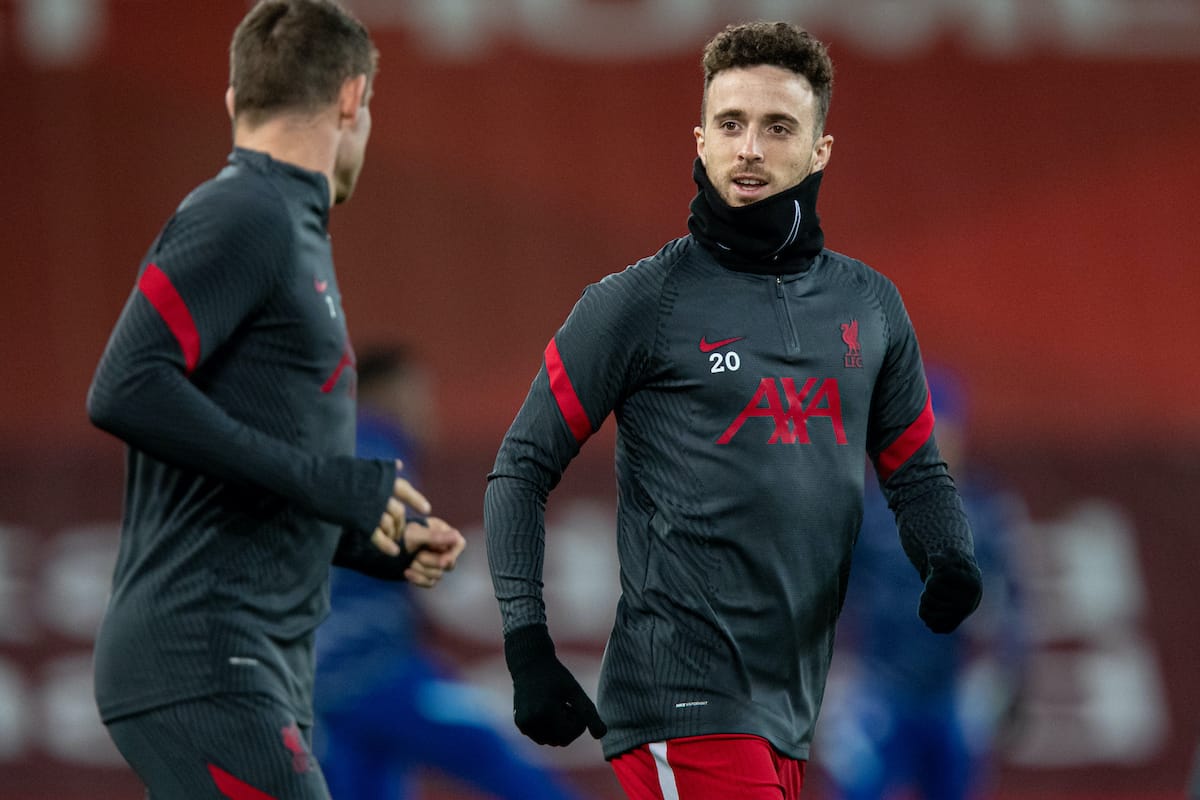 Diogo Jota is hoping to be “like a winter transfer” for Liverpool following his return from a three-month injury layoff, giving his side a “new boost of confidence.”

The No. 20 made his first appearance since December 9 when he came off the bench in the second half of Thursday night’s 1-0 loss to Chelsea.

It was a frustrating comeback, but Jota looked bright in moments as he joined Alex Oxlade-Chamberlain, Sadio Mane and Roberto Firmino in attack, with Jurgen Klopp having left Mohamed Salah disappointed as he was brought off.

With the Reds having scored just four goals in their last six games in the Premier League, winning just five and losing eight of their last 16, the availability of their £45 million summer signing is a major boost.

And Jota, speaking to the club’s official website, has outlined his ambition to make a similar impact on his return as he did on first coming into the side, when he scored nine in his first 17 appearances.

“[I’m looking to bring] a new boost in terms of confidence and, let’s say like this, freshness,” the 24-year-old explained.

“Because obviously they’ve been playing and fighting for the club [without me].

“I feel like I could be like a winter transfer. So that’s what I hope so they can rely on me and think I can help them in the future.”

Jota reflected on the circumstances of his return, with defeat to Chelsea serving as “another big blow to our season,” but he “felt good” getting back on the pitch and performing.

“Obviously when you are out for so long it’s not easy to get back on track 100 percent straight away,” he conceded.

“But it was good, I played around 35 minutes and felt good. So I just need to keep training hard and with game time I think I’ll be at my best again very soon.”

Having Jota back to his best would be a real lift for Liverpool, with Mane and Firmino struggling for form in particular in attack and Salah needing more support.

The ability to rotate the Portuguese back into the side, and play him as part of a four-man attack with all three of Salah, Mane and Firmino at times, could allow the Reds to find their form again.

And while being ‘like a new signing’ is an overused cliche within football, there is a virtue to Jota’s stance, as having missed three months of action he can now provide another top-class option in Liverpool‘s revival bid.