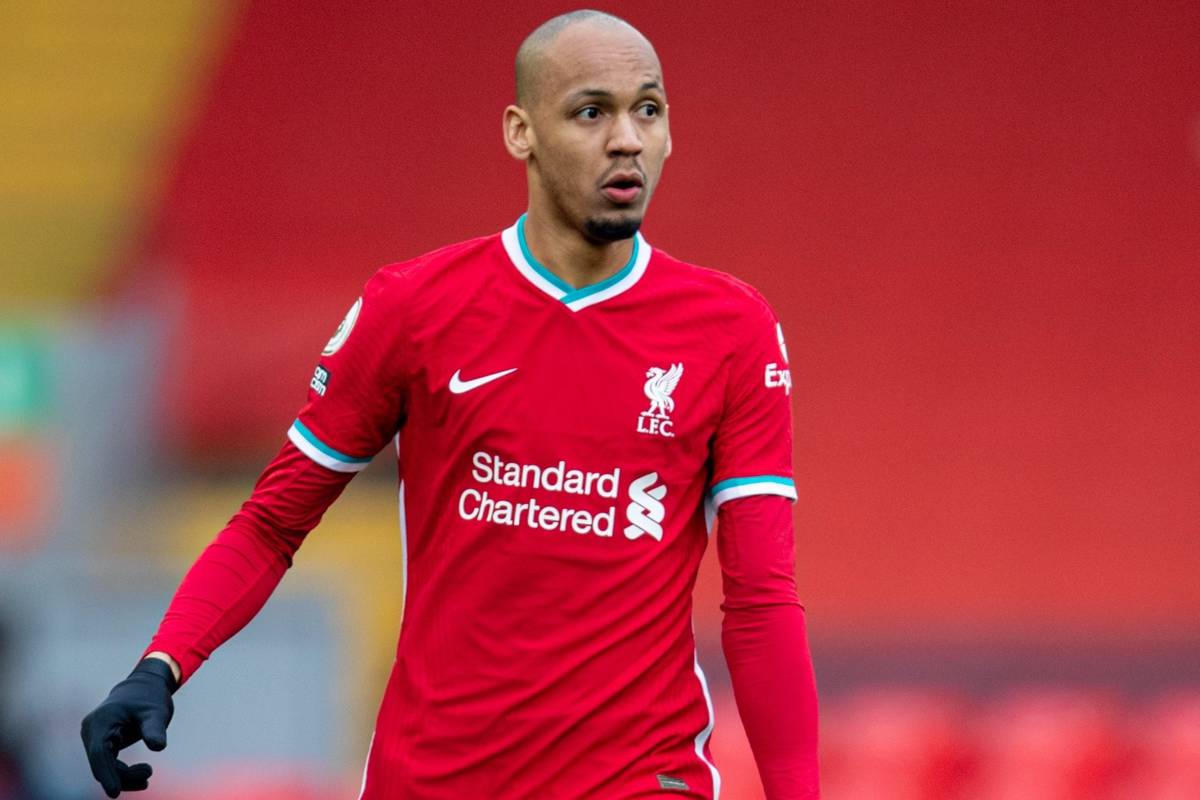 With Fabinho now back in midfield and nearing his best, Pepijn Lijnders has used him to give an insight into what Liverpool are “searching for” in the middle of the park.

For much of the season, the Reds have been missing their most important cog in midfield, with Fabinho required to fill in as a centre-back.

But the blossoming partnership of Ozan Kabak and Nat Phillips has allowed the Brazilian to return to his natural role as a No. 6, and he has already rewarded Jurgen Klopp with a string of top-class displays.

The level at which Fabinho is performing in midfield begs the question of why he was held back from playing there for so long, particularly given Lijnders’ praise for the 27-year-old.

“A proper ‘six’ just sees more. Top teams and top players like Fabinho have in common that they have a huge spirit of initiative,” the assistant manager told LiverpoolFC.com.

“About Fabinho, I only want to say he has the capacity to make the players around him better. It’s really difficult to find players who have the talent to make the other ones flourish.

“There are just a few players in world football who have this natural capacity to stop counters, for example; most of them just tactically foul.

“He just always puts the team above himself. By the way, all our Brazilians have this characteristic. Nobody likes them, everybody loves them.”

Fabinho is clearly distinct in that he is one of the best No. 6s in world football, as Lijnders attests, but he also explained that his selflessness is crucial.

Both Gini Wijnaldum and Jordan Henderson also possess this quality, the Dutchman believes, and he stressed that two such midfielders within Liverpool’s engine room are what they are “searching for” moving forward.

“You get someone who is only concerned about making the team better, there is no space for ego. He is a real team player,” he said of Fabinho.

“Luckily we have three of them, Gini and Hendo have this characteristic as well.

“Having two midfielders like that is like the queen in the chess game. You lose the queen, who defends in offence.

“There is a reason why the better chess players just give up when they lose the queen.

“You need two who can control a game by being dominant without the ball. That’s what we are searching for.”

Lijnders’ comments are somewhat open to interpretation, in whether they are a hint at transfer plans for the summer, or a possible shift to a two-man midfield in the future.

But more likely is that it simply highlights that the Reds will not sacrifice their rigidity in midfield, with only one of the three given more license to push forward – which, more recently, has been Thiago.

Put simply, Fabinho is near irreplaceable at the base of the midfield, and as ever, Lijnders’ way with words perfectly demonstrates his importance to Liverpool.