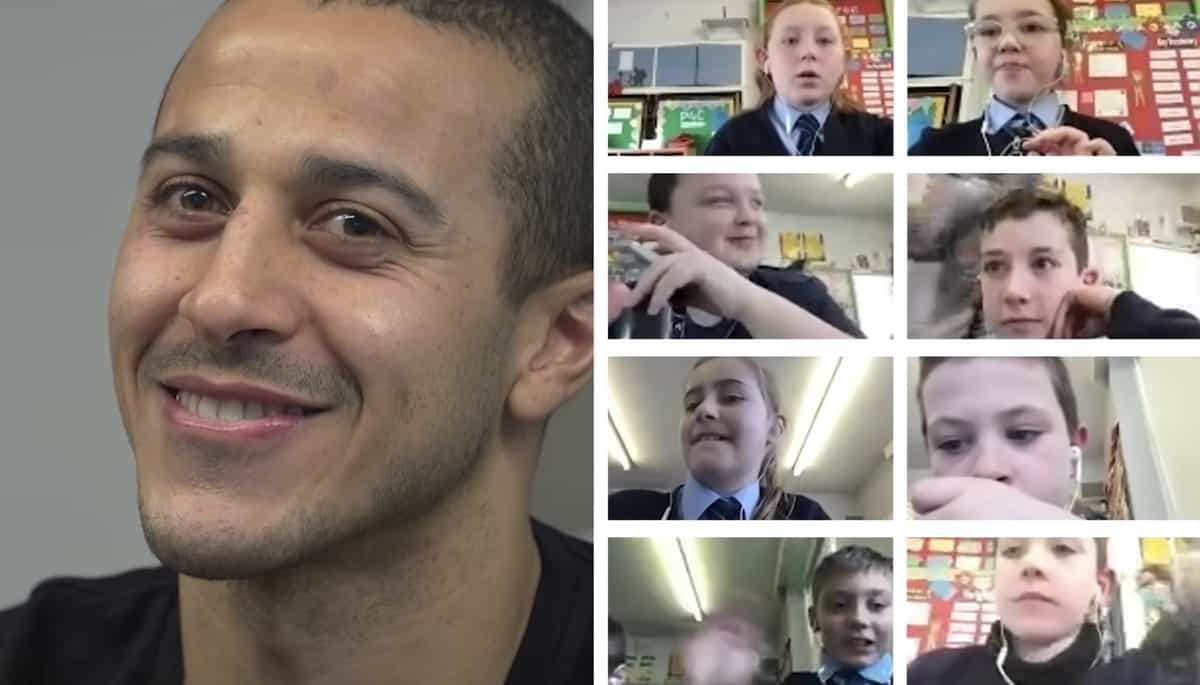 Thiago turned his hand at being a Spanish teacher for a day before the tables turned and he was given a lowdown on some all-important Scouse phrases.

The Spaniard’s move to Liverpool in the summer was met with overwhelming excitement and in part shock, and the exact same emotions played out for children at St Marie’s Primary School.

There was always a sense of joy when a substitute teacher was called upon, but imagine having a world-class operator and player from your favourite team step in, enter Thiago.

Jaws dropped on disbelieving faces and in typical Scouse fashion, Liverpool’s No. 6 was greeted with “yes lad!” as he appeared in their online Spanish lesson.

And while he was there to test some Spanish, Thiago was soon put under the spotlight as his Scouse was put to the test in a brilliant and uplifting video from the club, in conjunction with Joie Baby.

He had some trouble when thinking ‘scran’ is to scratch and ‘proper devo’d’ is a happy emotion, but his successes were celebrated “more than when he won the Champions League and league titles.”

And there was also time for a cheeky question of how much he earns every week, to which a very diplomatic answer was duly provided.

It’s wholesome content that anyone can appreciate and the kids will have that memory to cherish, even the Everton fans.