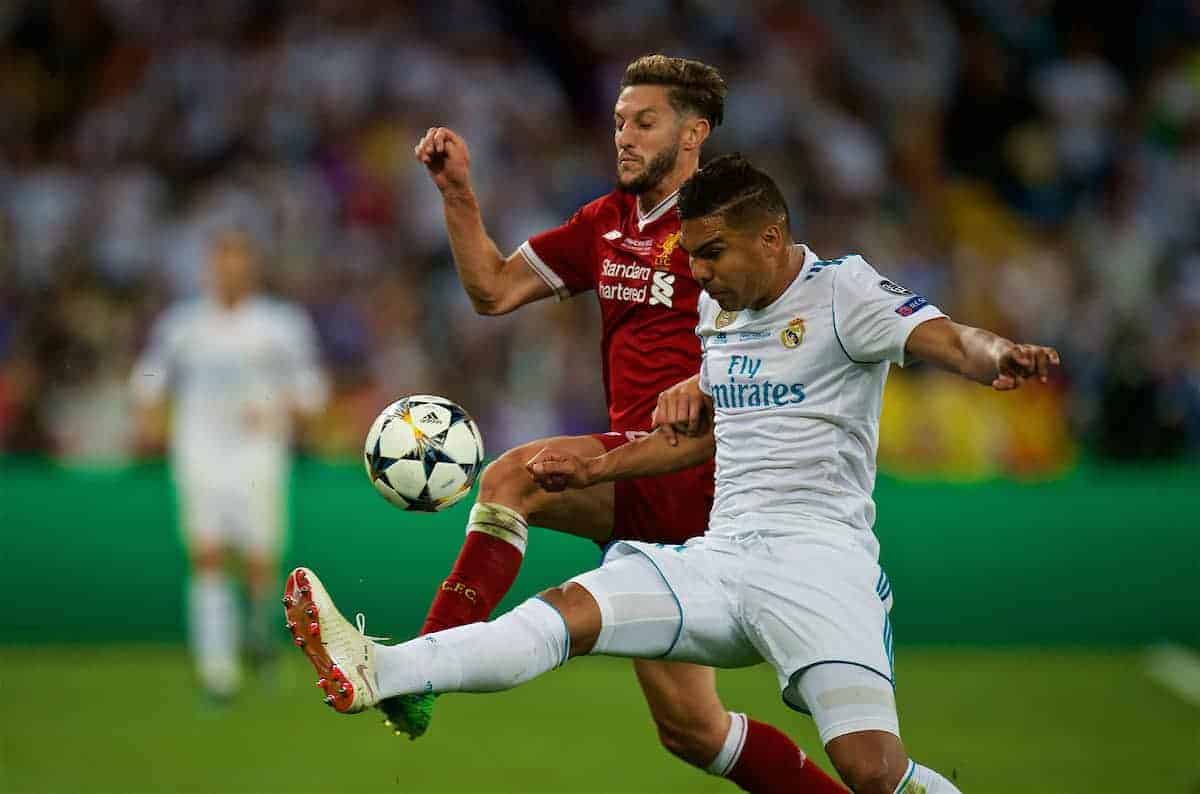 Adam Lallana has recalled feeling “petrified” and “like a rabbit in the headlights” after replacing Mo Salah during the first half of the Champions League final in 2018.

When Salah was forced off due to a cynical challenge from Sergio Ramos in Kyiv, Jurgen Klopp had few options to turn to.

On his bench were Simon Mignolet, Ragnar Klavan, Nathaniel Clyne, Alberto Moreno, Emre Can, Dominic Solanke and Lallana; the No. 2 goalkeeper, three backup defenders, a departing midfielder, an unproven young striker and an injury-prone regular.

The sensible option, with the tie poised at 0-0 but with Real in the ascendency, may have been to send on Can and shift James Milner to the right flank, to contend with the rampaging Marcelo.

But Klopp opted for Lallana, who had started just three games that season and played only 16 minutes in the previous month-and-a-half due to injury, and it is a decision that backfired, with the No. 20 woefully off the pace.

Now at Brighton, the 32-year-old is in a position to reflect, and in a frank interview for the Super 6 Podcast, he gave his honest thoughts on the night.

“Looking back now, I was petrified,” he admitted.

“Maybe petrified is a bit of a strong word, but looking back I feel like I’m in a position now where I can maybe say that.

“I had a terrible year, it was my first year when it was kind of one injury after another, and I just couldn’t find any sort of rhythm in terms of being on the pitch.

“So I’d just come back from a big, big hamstring injury, I think I’d played 15 minutes of the last game of the [Premier League] season, and I just had no rhythm, no form.

“We’d lost the Champions League final, and I remember kind of after it finished just being relieved I got through the game. 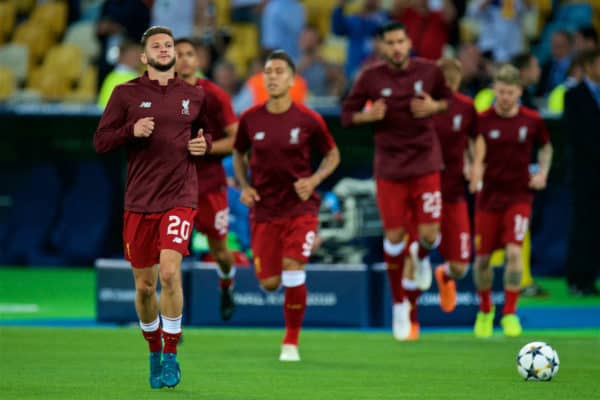 The call to send on Lallana was questioned even at the time, but in hindsight it highlights the lack of options at Klopp’s disposal at the time.

A year later, and Milner, Lallana, Joe Gomez, Alex Oxlade-Chamberlain, Xherdan Shaqiri, Daniel Sturridge and, of course, Divock Origi were all options from the bench in Madrid.

But Origi and Milner – brought at the hour mark against Tottenham – were in a much more comfortable position than Lallana was, with the midfielder explaining the “horrible feeling” of coming on so early.

“I didn’t feel like I’d let myself down when I came on and how I performed, because if you play football, the worst thing is coming on after 20, 25 minutes,” he continued.

“To come on into a game, especially of that magnitude and especially because I had no minutes…

“I remember just running around and I was late into tackles. I was absolutely blowing, catching my breath.

“I didn’t ever think ‘oh, I’ve just played in the Champions League final’. I just remember thinking ‘thank god I didn’t make a mistake leading to a goal’.”