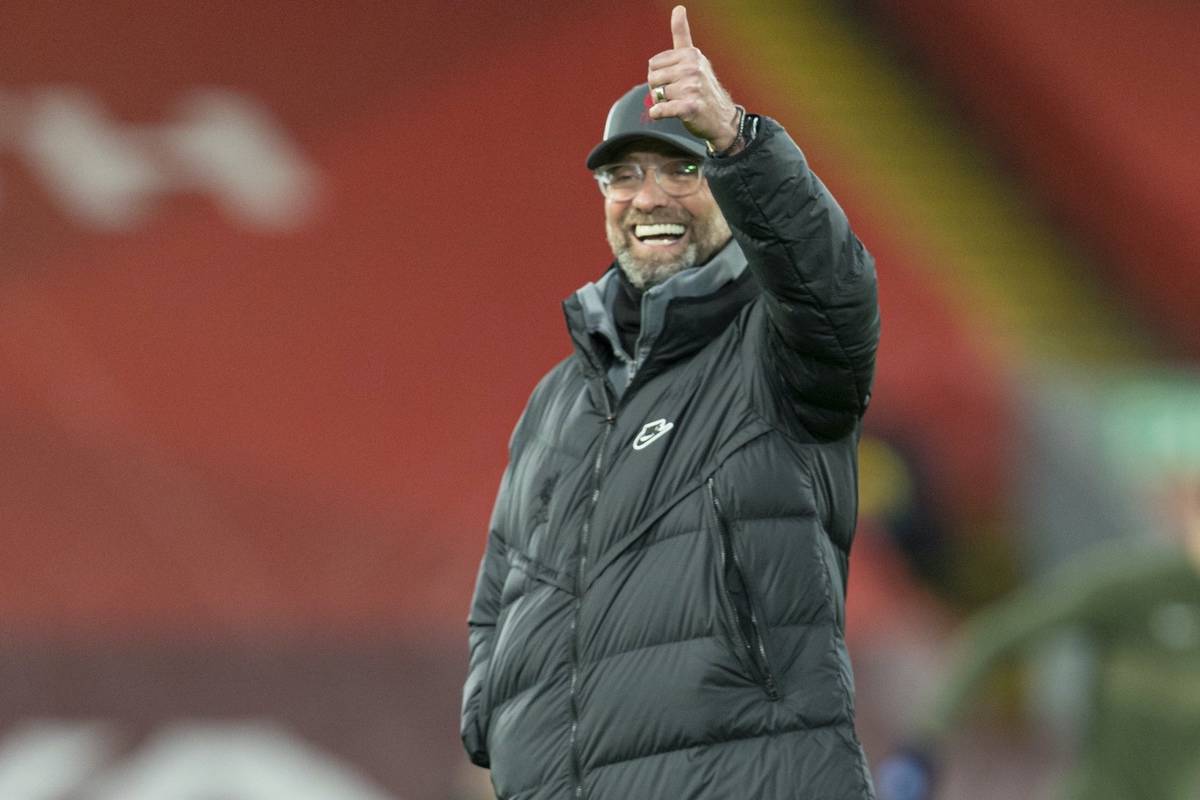 Jurgen Klopp hailed Liverpool’s fine win at Arsenal as a “very important statement” as the Reds looks to salvage their Premier League campaign by securing a top-four finish.

Manchester City’s win at Leicester earlier in the day meant Liverpool’s hopes of retaining their title were mathematically over after a season of mixed performances, poor results and terrible injury problems.

But they were back to their scintillating best at the Emirates Stadium as they dominated Arsenal and secured a 3-0 win courtesy of a brace from substitute Diogo Jota either side of a Mohamed Salah strike.

The victory leaves Liverpool fifth in the table and two points behind Chelsea as they battle to end the season in the Champions League positions.

“We need to show that we are really fighting for it, we can’t only talk about it we have to show it on the pitch,” Reds boss Klopp said.

“For us it was a very important statement. If we defend like this tonight we are difficult to break down, then we have a good basis to play football.

“In our position it is clear, everything that has happened to us this season means we don’t have [a top-four finish] in our hands.

“We have to win our games and others have to lose but we have to make pressure on them. That is what we did with the result but we are still not in. We have to fight and we will fight and that is the statement for us and nobody else.”

Liverpool were on top from the get-go as the visitors showed their class – specifically in midfield where Thiago and Fabinho were at their best.

But despite dominating the contest it took until Jota’s introduction for their superiority to show.

He needed less than three minutes to break the deadlock as he headed home a fine Trent Alexander-Arnold cross and would then tuck in a third for Liverpool after Mohamed Salah rolled in his 18th league goal of the season.

“He was in a really good moment,” Klopp said of his forward.

“He played a little bit too much for Portugal for my taste. No criticism, just that he was long injured and he played too much for us already.

“He went to Portugal and the last two games were intense and he felt it a little bit.”