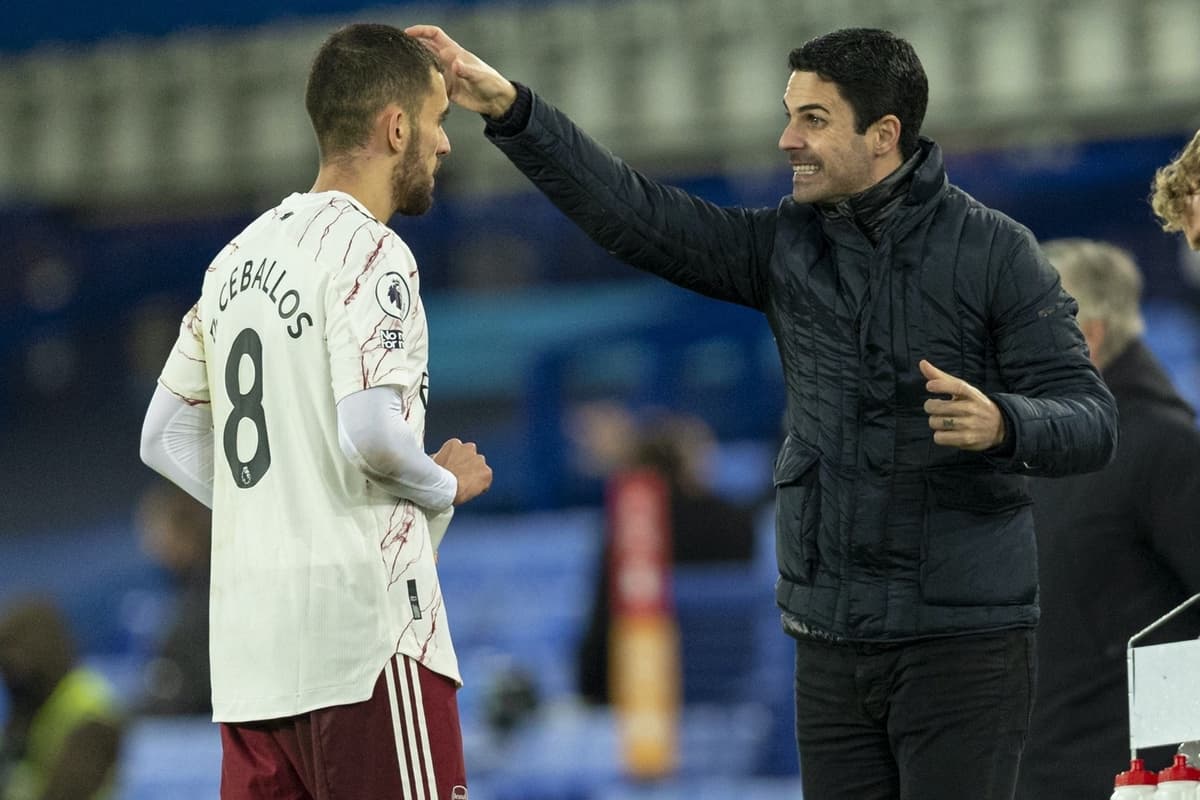 Mikel Arteta is becoming renowned for a conservative approach to big games, and his comments ahead of Arsenal vs. Liverpool suggest that may not change on Saturday.

In four meetings with Liverpool since taking over as Arsenal manager, Arteta’s side have averaged just 34.83 percent possession – including in the League Cup defeat at Anfield in 2019.

The Gunners have averaged seven shots on goal per game to the Reds’ 19, with even this skewed massively by their 13 shots against Jurgen Klopp‘s young side in that fourth-round tie.

Across those games, 17.1 percent of their passes have been long, compared to just 9.3 percent from Liverpool, and though this is still a relatively small amount, it serves as evidence as to why Arteta has been compared to Sam Allardyce.

Ahead of Saturday’s clash at the Emirates, the Spaniard was asked if Arsenal would play “their own way” this time around, and his answer wasn’t particularly convincing.

“I think the game will dictate that,” he told reporters.

“We will see, depending on what they do and what we are able to do as well.

“But obviously the intention, and the game we want to propose, is different to the one that we played last year.

“Obviously when you play against top-quality sides, sometimes you have to be able to adapt to a game as well, to get the results that you need.” 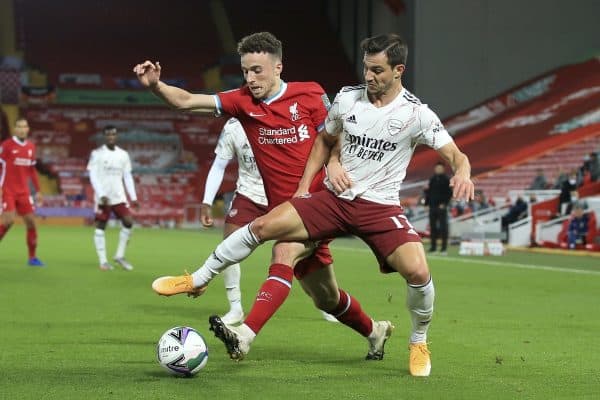 Earlier in his press conference, Arteta was asked a similar question about dealing with Liverpool’s “potent” attack, and he admitted they have the quality to “punish” Arsenal.

“Against these types of teams and the quality that they have, they are going to punish you for every error,” he said.

“Even when you don’t make errors and you do everything perfectly, they are still able to break your lines, to create an individual action, to score a goal.

“So obviously it is a team where nothing has to be given to them.”

Whether Arsenal will take to the field in a low block remains to be seen, but given it is an approach that has paid off before – and for other teams this season – it should be considered likely.

How Klopp’s side are able to counteract this could be where the game is decided, with Liverpool looking to make it three wins in a row with a positive return from the international break.