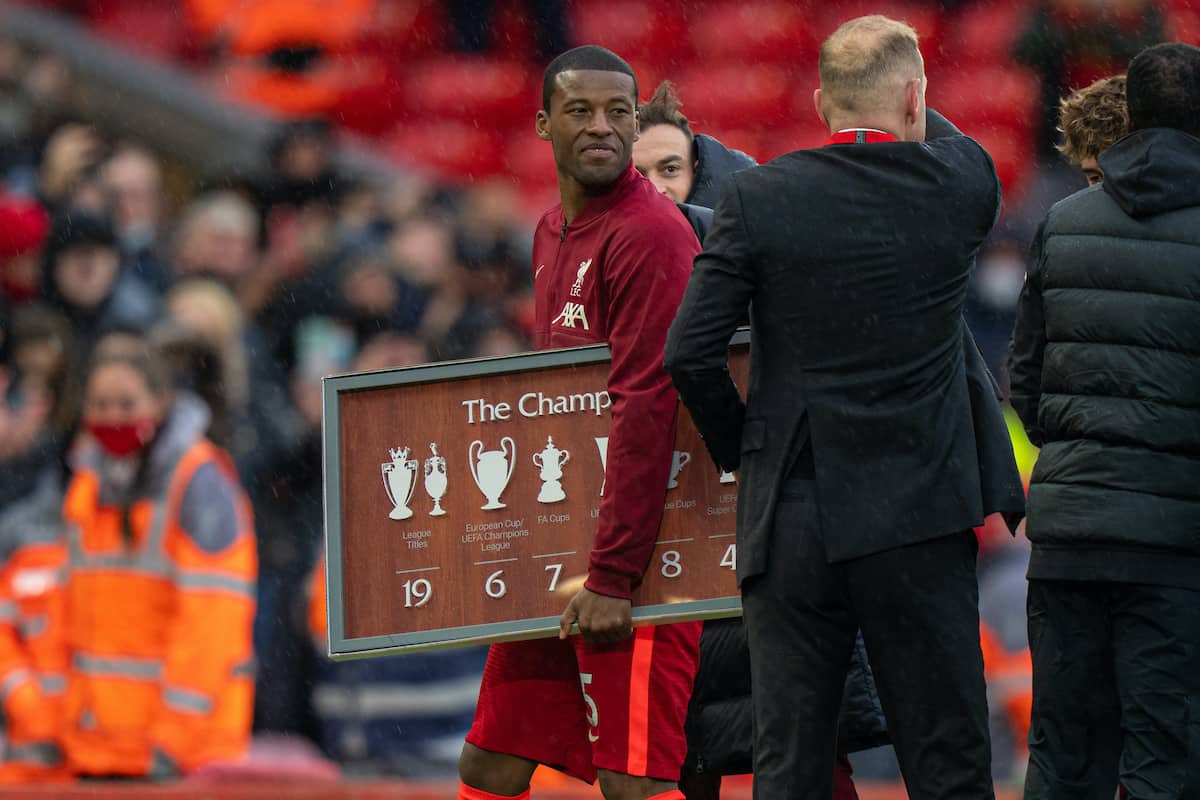 Gini Wijnaldum has all but confirmed his departure from Liverpool, and was given a guard of honour by his team-mates after captaining the Reds to a third-placed finish.

Wijnaldum wore the armband for the final game of the season, and produced an excellent performance as Liverpool earned a 2-0 win over Crystal Palace.

Defeats for Chelsea and Leicester saw Jurgen Klopp‘s side finish third in the Premier League, which is an astonishing achievement considering the adversity they faced throughout.

Only two players featured in every Premier League game, and one of those was Wijnaldum, but it appears as though the No. 5 has turned out for the club for the last time.

Before the game, Wijnaldum admitted that “it looks like” he would be leaving on the expiry of his contract, having failed to agree an extension with Liverpool.

And the scenes in the 78th minute, as he was replaced by James Milner to a standing ovation from 10,000 supporters, and then at full-time suggested he will be moving on.

Liverpool gave outgoing kit man Graham Hunter a guard of honour to mark his 35 years with the club, and following that, Wijnaldum was given one of his own.

The 30-year-old was presented with a Champions Wall plaque, having played an integral role in the success enjoyed under Klopp so far.

Wijnaldum joined the Reds from Newcastle in a £25 million deal in 2016, and went on to play 237 times for the club, scoring 22 goals including a top-four clincher against Middlesbrough in 2017 and a brace against Barcelona in 2019.

Though his conservative style of play has proved divisive at times, Wijnaldum deserves to be remembered as a modern-day legend at Anfield.

If this is goodbye, thank you Gini!