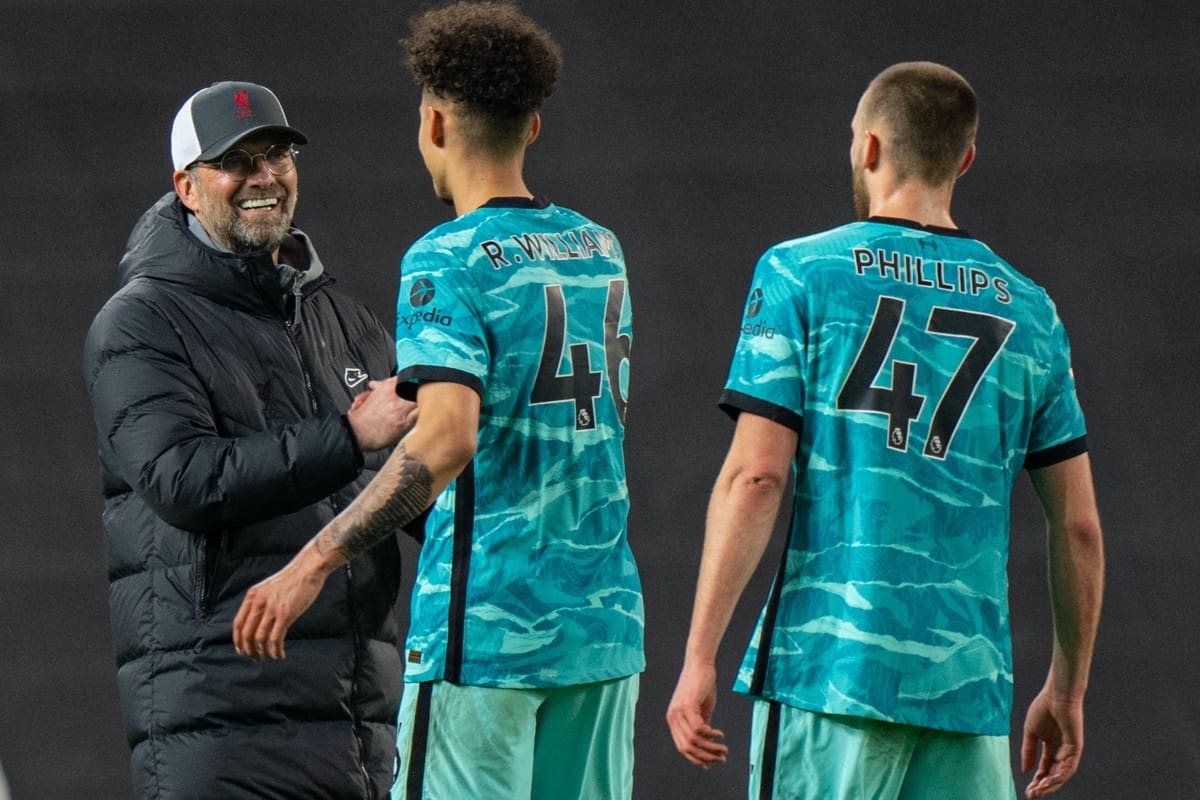 Nat Phillips and Rhys Williams have played a key role for Liverpool following a significant injury crisis and Jurgen Klopp insists performances will be key next season.

The loss of Virgil van Dijk, Joe Gomez and Joel Matip has been Phillips’ and Williams’ gain, in addition to Ozan Kabak, having been elevated to the top of the centre-back pecking order.

It was not in the realm of possibility at the start of the season but they have each proved instrumental in keeping the Reds ticking over during an injury crisis like no other.

Phillips and Williams have played 17 and 16 times respectively in 2020/21, and most of the outings have been without a consistent partner thanks to a position besieged by injury.

And while they have both performed amicably, question marks remain over their Liverpool future upon the return of the key defensive trio – hopefully, throughout pre-season.

But Klopp has insisted the “door is always open” for them to push their way into first-team reckoning next season with further impressive performances – especially considering the returning trio will likely need to be carefully managed.

“First of all, the boys have done incredibly well,” Klopp told reporters on the centre-backs who have stepped into the hot seat. 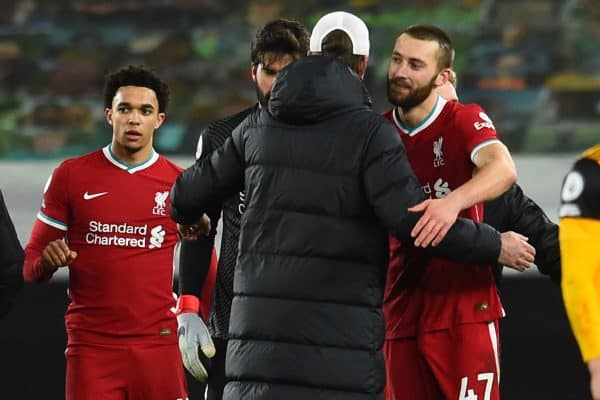 “Ozan came in and played a super part for us, unfortunately now injured, Nat now for weeks already, Rhys mainly in the Champions League because Nat was not on the list and we had to figure that out.

“Now they play together, did really well [against United], loved what they did and that’s good. This year created two proper careers, which is nice.

“Both will have a proper career and when you’re at the academy, at whichever club, that’s not written in stone.

“But now they could show how good they are and so everything will be fine.

“Our new season will start in the summer when we start for the pre-season, and I said it before it’s not sure that the three guys [Van Dijk, Gomez, Matip] will start the pre-season with us.

“So the boys will be here, we need the numbers of centre-halves, we need to work on all the different things and then step by step we hopefully have the other guys back.

“But team selection is based on performance in training, pre-season friendlies or in proper games, so the door is always open.

“I don’t get blind overnight, that I don’t see a good performance anymore. That means the door is open.

“But in general, it’s just nice how the boys contribute, they’re concentration levels are immense. What they did [at United] was insane and against this front four of United it’s not easy.”

As Klopp noted, irrespective of how their immediate Liverpool future unfolds, both Phillips and Williams have carved out a “proper career” for themselves thanks to their performances.