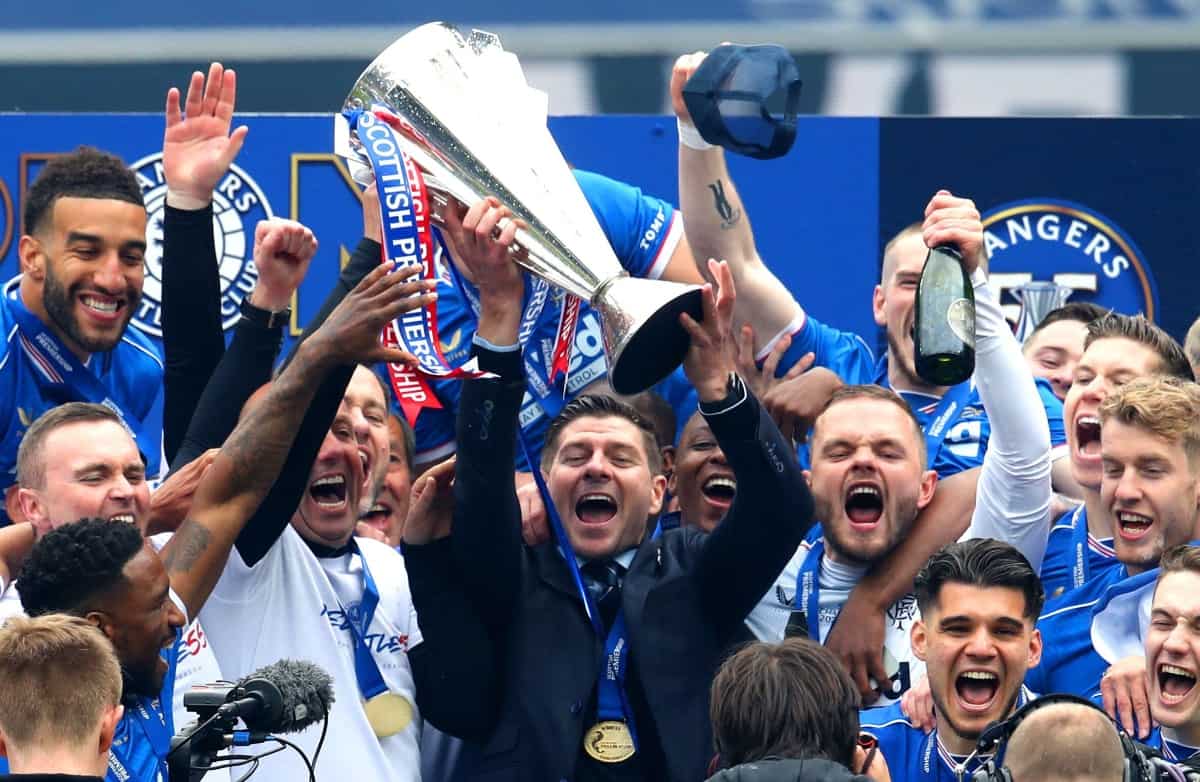 Steven Gerrard has lifted his first league title after guiding Rangers to an undefeated season which eclipsed the 100-point barrier and set a list of new records.

After three seasons at the helm, Gerrard has returned Rangers to the top of Scottish football in relentless fashion with their 4-0 win over Aberdeen on Saturday ensuring an undefeated campaign.

It coincided with a day long known to be the one where the title would be lifted, with Gerrard’s side having confirmed their champions status back in March having set an unassailable lead over arch-rivals Celtic.

It has been a relentless campaign for Rangers who would end the season an incredible 25 points ahead of Celtic – their biggest points gap – after amassing 102 points and conceding just 13 goals in 38 games.

The club’s 55th title was won in style, with more than a few changes to the record books along the way.

The shutout of Aberdeen saw them set a new Scottish record of 26 clean sheets, while their unbelievable tally of 13 conceded is a British record having eclipsed Chelsea‘s 2005 tally of 15.

While they became only the third team in Scottish history to finish a league campaign as invincibles, with the 102 point return a club record.

The trophy was lifted without fans present inside Ibrox, but fans did line the entrance prior to the game to greet the players and manager ahead of the historic day.

After James Tavernier raised the title high, Gerrard would be soaked in champagne before getting his hands on a league title for the first time in his illustrious career.

And his success was met by a long list of congratulatory messages from Reds on social media:

What a fantastic achievement by Steven Gerrard. Just 13 goals conceded, too. https://t.co/G8poXvtgL7

Congratulations to Steven Gerrard on doing the invincible and centurion season with Rangers. Massive achievement to accomplish. ????

Best English midfielder and manager in his generation. pic.twitter.com/mcfN4hZyi2

Steven Gerrard has won his first title as manager, having gone the full season unbeaten in the league ? pic.twitter.com/Rg3fKSM9CJ

Unbeaten in the Scottish Premier League