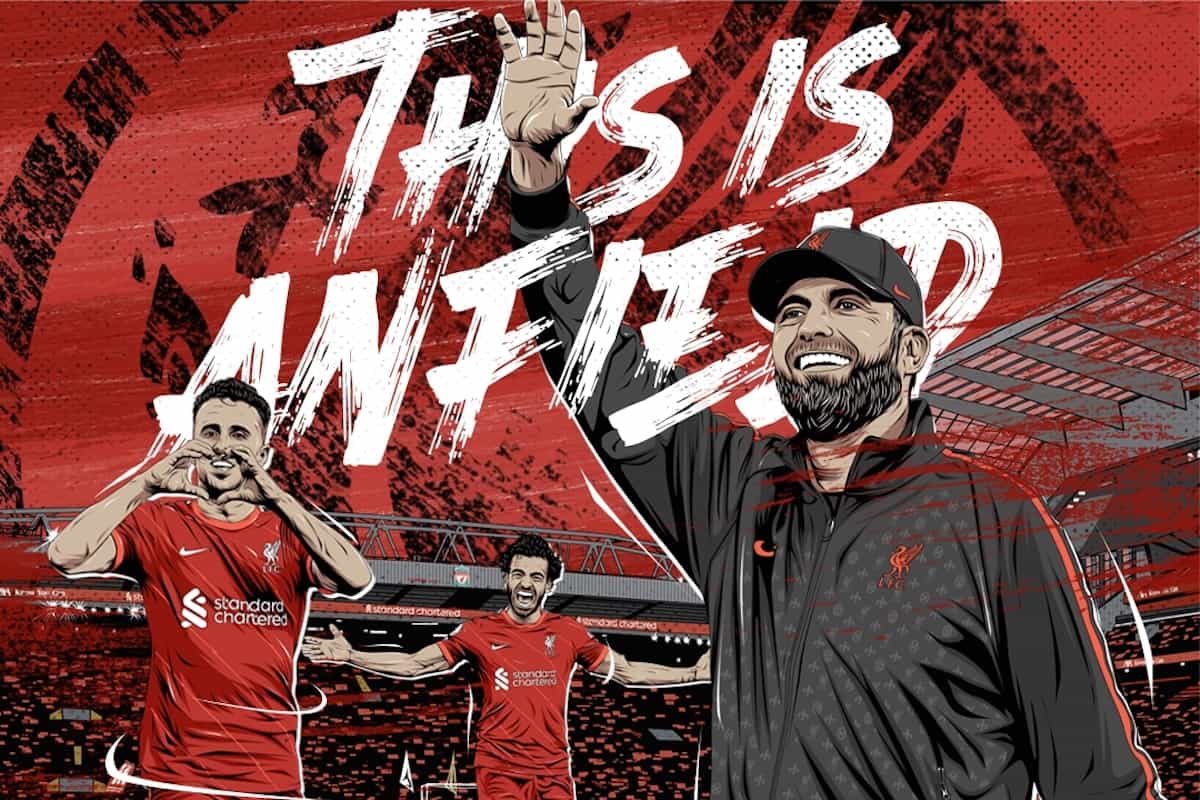 The search for a second successive win to start the season sees Liverpool return to Anfield where they and Burnley will be greeted by a red wall, one 529 days in the making.

1. Burnley arrive on back of loss

While the Reds opened their season with a dominant 3-0 win that had Mohamed Salah‘s hands all over it, Sean Dyche’s side let their early lead slip against Brighton.

A goal to James Tarkowski gave Burnley the ideal start in the second minute on the opening day only for Brighton to strike twice in five minutes to inflict a 2-1 defeat. 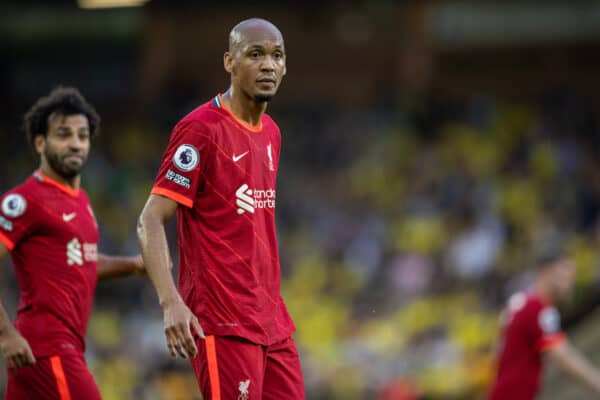 Liverpool will remain without Andy Robertson, but the left-back has made notable progress with his ankle injury having been able to start running earlier in the week.

Fabinho is expected to be on compassionate leave following the passing of his father, with Thiago and Jordan Henderson in contention to feature.

Dyche, meanwhile, will be without Dale Stephens and Kevin Long for the trip to Merseyside in what is an otherwise healthy squad.

3. Anfield back to its best

After a gruelling 529-day wait, all four corners of Anfield will finally be full and will greet the Reds in scenes that will be ones to savour.

‘There’s no noise like the Anfield noise’ and we can’t wait to hear it in full force once more.

Here are the last five encounters at Anfield between the two teams:

4. “Best form of defence is attack”

So says Dyche, but we will believe that when we see it! It’s hard to foresee Burnley being anything other than their pragmatic selves but time will tell.

Klopp, on the other hand, does not view the match as one for “revenge” after the defeat last season, he is simply looking to walk off the Anfield pitch with all three points.

“There are no guarantees out there, not at all, especially not against Burnley because they can make your life really uncomfortable…We really want to have a positive game and that only works when you play really good.”

5. Look out for Bobby on the scoresheet…

Our No. 9 has scored more goals against the Clarets than any other Liverpool player in the Premier League era with five, it is one more than Sadio Mane.

A dual-threat against the visitors…will they strike again at Anfield?

6. How could Burnley line up?

Ashley Barnes who scored the winning penalty last season to end the Reds’ 68-game unbeaten run could start from the bench in what we think could be an unchanged XI despite their defeat.

It would mean no start for summer signing Nathan Collins.

Mike Dean is the referee and he has awarded the opposition a penalty on each of his last two visits to Anfield…and the VAR is Stuart Attwell once more.

If Klopp’s side emerges with a victory against Burnley it will be the first time in club history that the Reds have won their opening two league games for a fourth consecutive season.

9. BT Sport is the place for the UK

The much-anticipated return to a capacity Anfield is live on BT Sport 1, with a 12.30pm (BST) kickoff on Saturday.

Be sure to follow our liveblog and keep an eye out for all of our usual pre and post-match updates here on This Is Anfield.