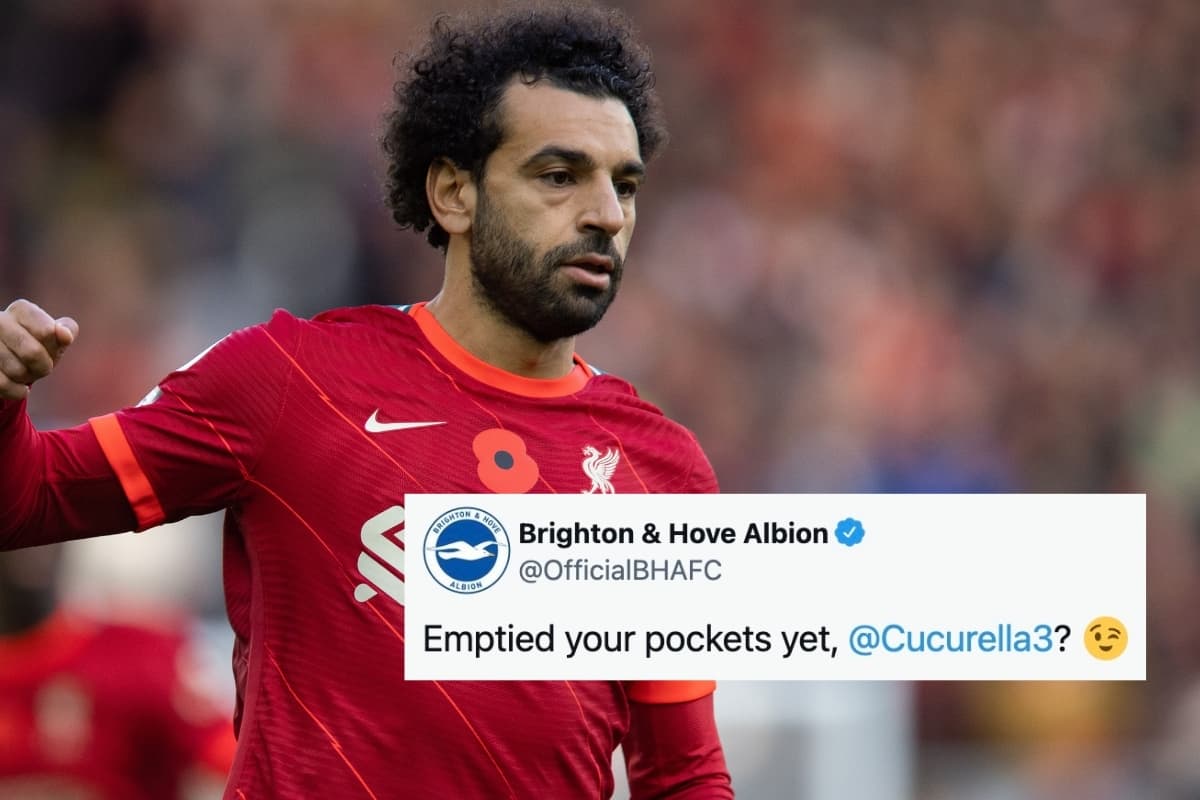 Liverpool do not play Brighton again until March, but the south-coast club have tempted fate with a cheeky tweet goading Mohamed Salah after Saturday’s 2-2 draw.

The Reds’ stalemate at Anfield was the first time in 11 games that Salah failed to find the back of the net, after scoring against Chelsea, Leeds, AC Milan, Crystal Palace, Brentford, Porto, Man City, Watford, Atletico Madrid and Man United.

He laid on the assist for Jordan Henderson‘s opener and had the ball in the back of the net in the second half, but saw that effort ruled out for offside, leaving him frustrated at full-time.

It was a disappointing result for Liverpool, but one Brighton fully deserved as they improved throughout the game, which was certainly the case for left-back Marc Cucurella.

Cucurella struggled early on up against Salah, but was far from the level of Danny Rose, for example, as he fought back and managed to shackle the world’s best player.

Brighton were certainly pleased with Cucurella’s performance, which led to a questionable tweet in the aftermath of their draw at Anfield:

Emptied your pockets yet, @Cucurella3? ? pic.twitter.com/lXFlhIqlBo

The implication was, of course, that Cucurella had Salah ‘in his pocket’ throughout the game – which is certainly contentious.

It may be seen as harmless, a symptom of the bizarre ‘banter’ race among Twitter accounts of Premier League clubs, but given Salah’s penchant for revenge it may prove to be a mistake ahead of the reverse fixture on March 12. 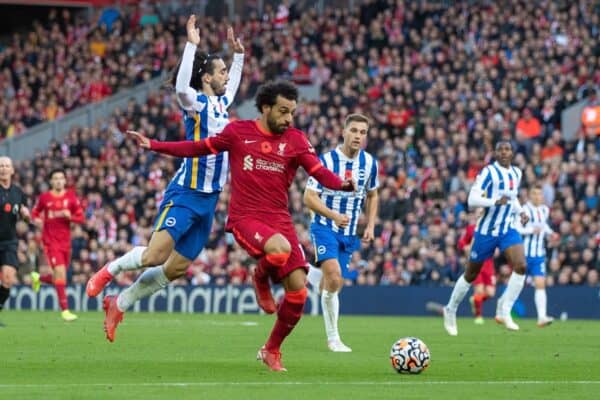 For his part, Brighton manager Graham Potter was full of praise for Cucurella, and his squad on the whole, for their success in keeping Salah quiet and securing a comeback point.

“I thought Marc Cucurella was excellent against him. He’s a wonderful player, both of them are.

“Obviously, Salah’s in an incredible moment of form. I thought we, probably in the period where Liverpool were dominant, struggled to get a bit of pressure on them.

“It’s such a fine line, because if you commit too many bodies forward, you’re exposing yourself to big spaces and you’ve got these players who can just rip you apart in a second.

“Once we adjusted it in the first half we were a bit better, I thought.

“It was a collective effort from the guys, team-wise defended so well, blocks and covering for each other, it was fantastic.”