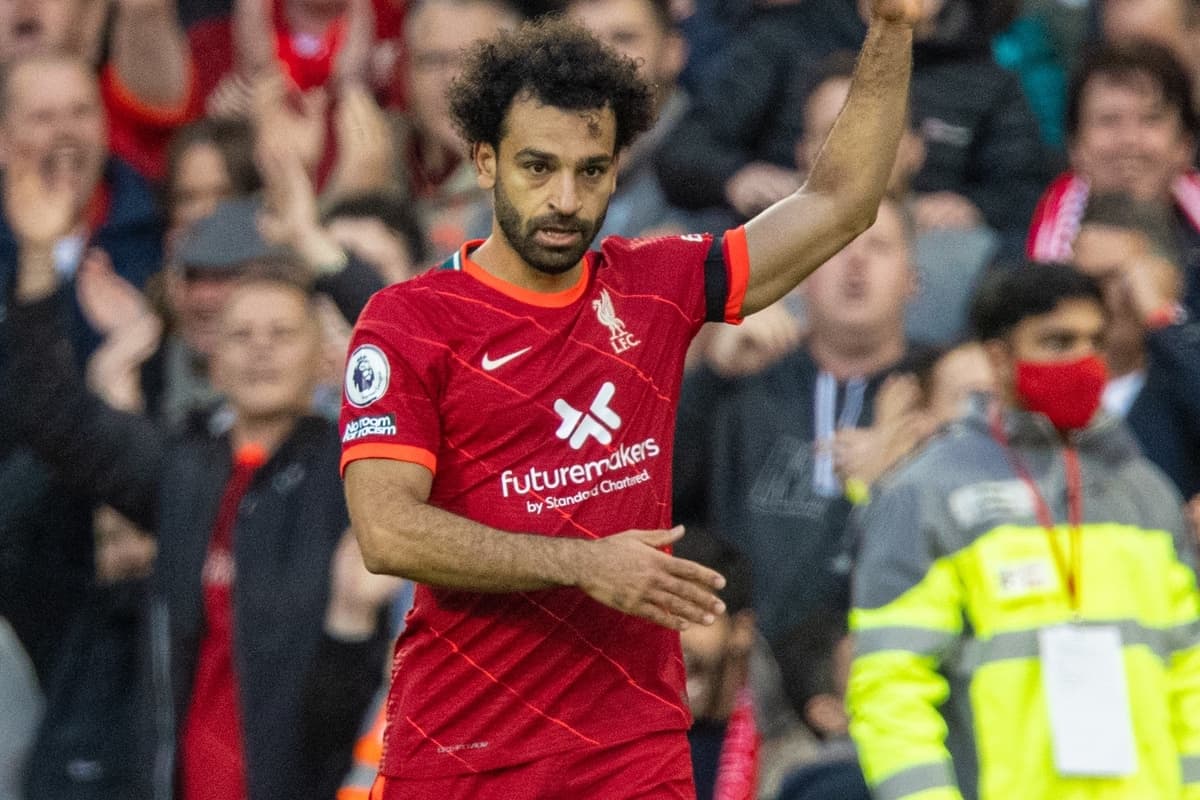 Mo Salah scored one of the best goals of his career in Sunday’s 2-2 draw with Man City, but the Liverpool forward was disappointed as it did not result in a victory.

It was a true game for the neutrals as Liverpool and City shared a point each at Anfield, with Kevin De Bruyne scoring late to seal a draw.

Sadio Mane had opened the scoring after Salah’s brilliant assist, while Phil Foden netted a deserved goal of his own at the other end, spurring the Reds’ No. 11 into action.

Curtis Jones went away with another assist – bringing his season’s tally to three in six games – but truthfully, the midfielder did little as his simple pass saw Salah shift and dart through City’s defence before hammering past Ederson with his right.

Having already broken into Liverpool’s all-time top 10 goalscorers list with his effort against Brentford last time out in the league, the Egyptian netted one of his very best against the champions.

But speaking to Sky Sports after the game, Salah downplayed the brilliance of his goal due to the evening finishing in only a draw.

“It would have been more special if we had won the game, but it is what it is,” he reacted.

“I think it was a good goal, nothing much to say.”

However, Salah was not bitter about the game ending with a share of the spoils, giving credit to City as deserved equals who “dominated” throughout the first half.

“It’s hard, because they keep the ball a lot,” he said of playing Pep Guardiola’s side.

“I think we played not really good in the first half, but second half, we played well. They had a few chances, we had [a few] as well. This is the result, so we have to accept it.

“We talked in the dressing room after the first half and I think we played good from the beginning of the second half.”

He added: “I have to be fair, they created a lot of chances, kept the ball a lot.

“I wish I could say no [it shouldn’t have been a draw], but it’s fair to say yes. They had a lot of chances and a draw is a good result.”