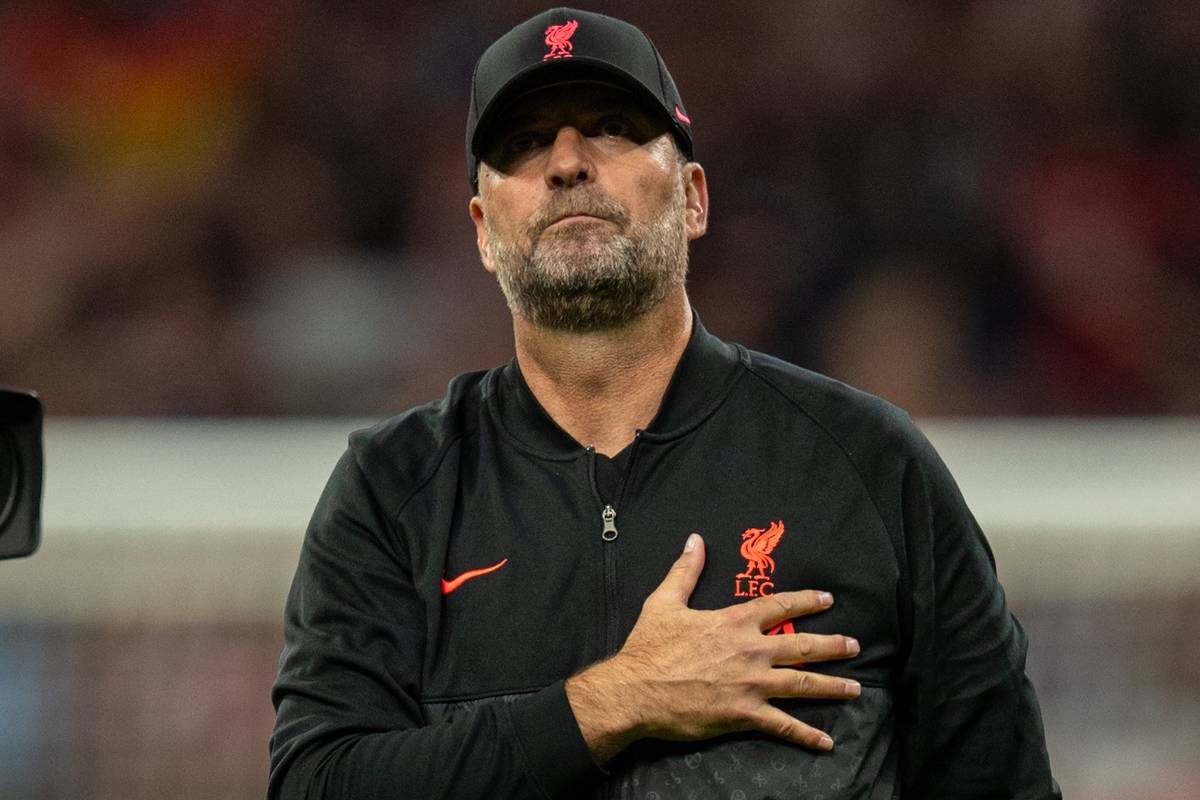 Jurgen Klopp has admitted he faced a number of problems in deciding on his starting lineup for Liverpool’s 3-2 win at Atletico Madrid, due to their tight turnaround.

After a 5-0 victory away to Watford on Saturday, Klopp made just one change to his starting XI for the return to the Champions League.

Alisson replaced Caoimhin Kelleher, with all 10 outfield players from the win at Vicarage Road retained as a dramatic game unfolded at the Wanda Metropolitano.

Mohamed Salah and Naby Keita scored early, but the Guinean was then culpable as Atletico fought back with two goals from Antoine Griezmann, with the No. 8 substituted at the break.

Fabinho came on for Keita and, aided by a red card for Griezmann, Liverpool sealed the three points through Salah’s penalty, making it 21 games unbeaten.

The game came three days after an early kickoff, which came on the back of a busy international break, with Klopp explaining his difficulty in putting together the right lineup.

“The period we are in is really intense. Would I choose exactly the same lineup again [if I could go back]? Not sure,” he told reporters.

“But we had so many things to consider, like who is playing, who didn’t play, who played where.

“I think in the end we had a couple too many players on the pitch who played all the games for their national teams [and the] last Premier League game.

“So there’s never only one reason for the things. My boys want always, that’s what I love most about them.

“And if they can’t in moments, it’s most of the time my fault.

“But tonight we fought through it, and that’s nice. Experience helped a little bit – but not too much tonight!” 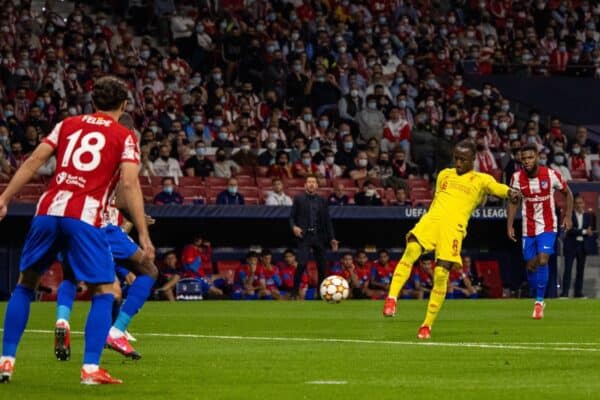 Keita, Salah, Andy Robertson and Sadio Mane were among the busiest through the international break, and an obvious change for Sunday’s trip to Man United would be to shuffle the Guinean out of the side.

Given he was without Curtis Jones in Madrid, Klopp’s hands were tied to an extent, but it is clear he would have started Fabinho in hindsight.

However, Klopp was at pains to stress that Keita was not at fault, simply insisting that the 26-year-old suffered due to being overworked in recent weeks.

“First and foremost, it was nothing to do with Naby,” he insisted.

“We just had to defend the right side a bit better. The gaps were too big. But Naby scored a goal and stuff like this.

“I spoke already to him. It’s really important to me that nobody thinks that we played the first half, or the second part of the first half, because of Naby – not at all.

“He’s in really good shape, but he played three games for Guinea, and the last Premier League game 90 minutes, so 45 minutes I think was absolutely right.”