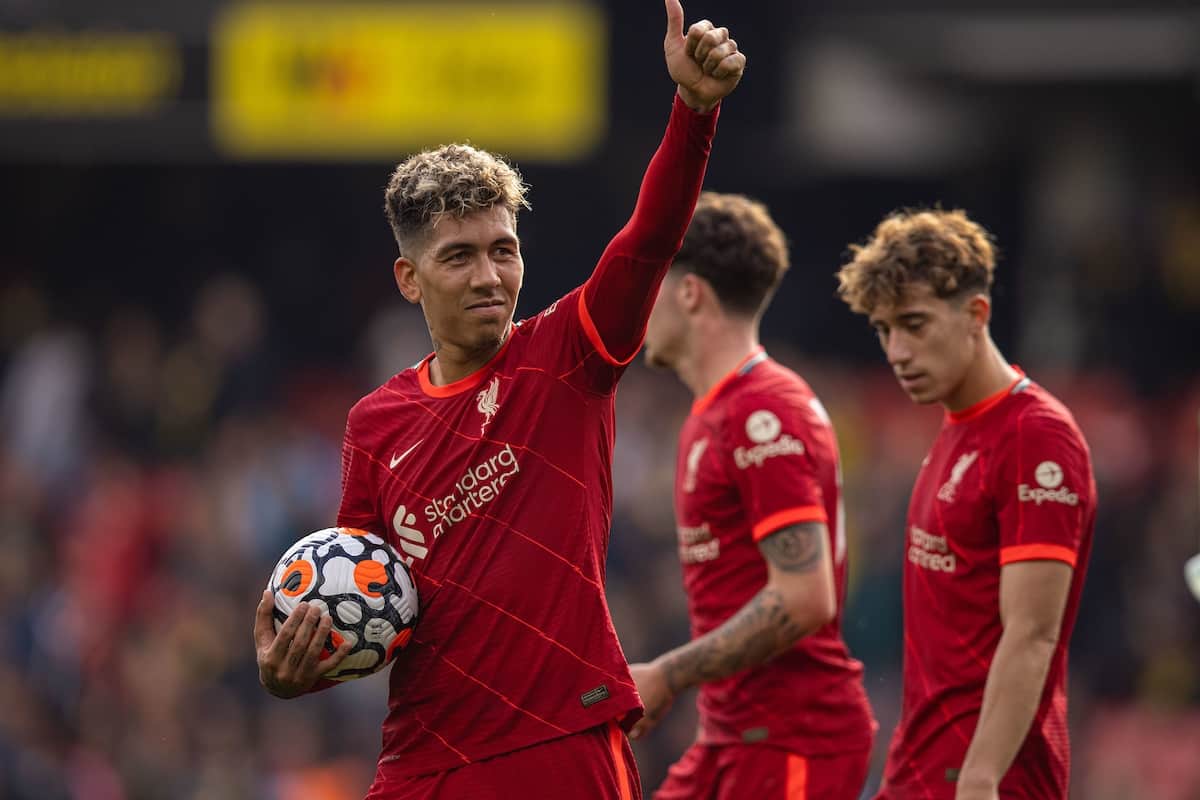 Liverpool were largely underestimated on the eve of the new season but continue to silence any doubters, and now they are enjoying their best unbeaten run under Jurgen Klopp.

The Reds were back in action on Saturday after the international break put a pause on domestic action, but Klopp’s men picked up from where they left off.

They were untouchable against a Watford side who were outclassed in every facet of the game, with Sadio Mane, Mohamed Salah and a hattrick for Roberto Firmino ensuring the dominance was reflected on the scoreboard.

The result was the fifth win of the Premier League season and while it maintains the unbeaten start to the campaign, it was also the 20th game without defeat in all competitions.

The run dates back to the 2-1 victory over Aston Villa in April, which makes up the run of 16 league games, three Champions League and one League Cup match without defeat.

As per Opta’s Michael Reid, it is the outright longest unbeaten run under Klopp and the longest overall since Roy Evans was at the helm back in March 1996.

It’s not the first time the Reds have set such a record under Klopp, with Anfield’s 68-game run without defeat, 44 Premier League games unbeaten and 18 top-flight victories in succession also setting a new benchmark.

This Liverpool side are in a league of their own.

The latest run has seen Liverpool score 50 goals and concede just 15 across 14 wins and six draws, there is a promise of more to come but Atletico Madrid will provide a stern test for Klopp’s men on Tuesday.