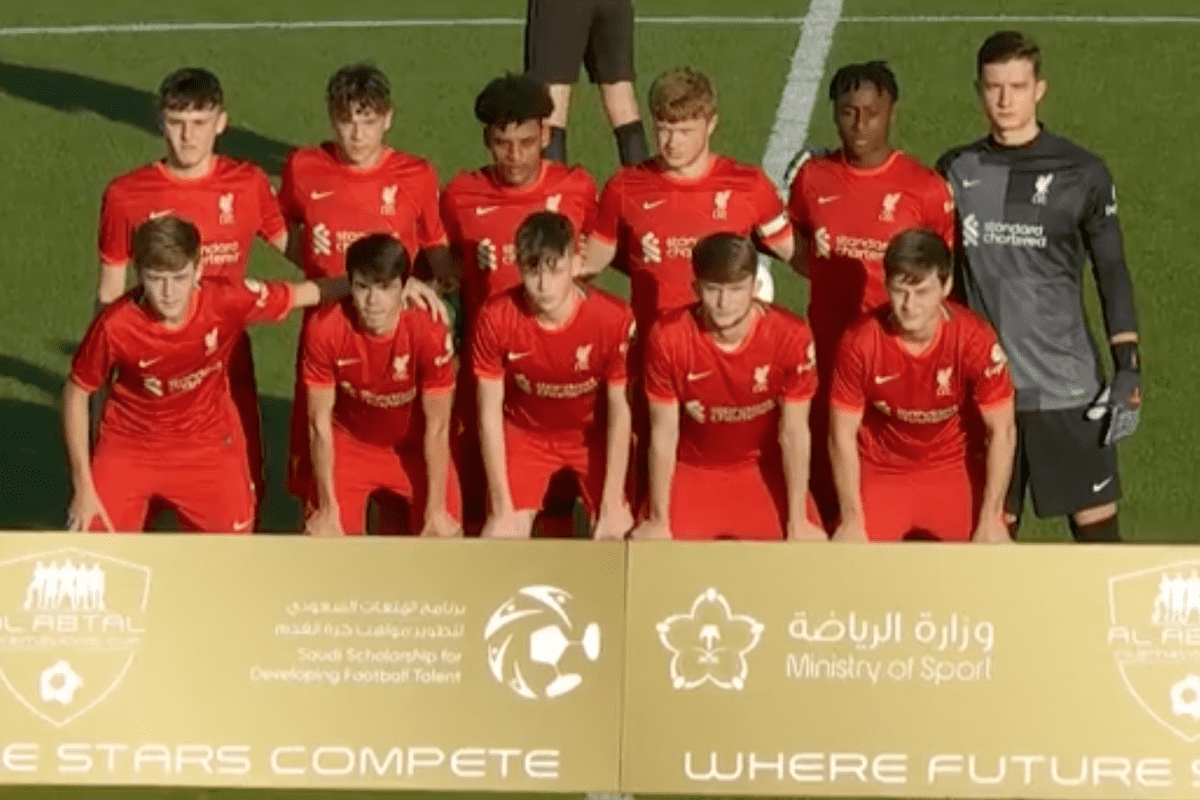 A Liverpool under-19s side competed in Spain on Wednesday as part of the Al Abtal International Friendly Cup, meaning the U18s could be missing a host of key figures in the mini Merseyside derby.

The competition, promoted by the Saudi Arabian Ministry of Sports, aims “to promote the future stars of international soccer and strengthen ties between the participating teams.”

The young Reds are scheduled to play a total of five games in the competition that will run into March 2022 and Barry Lewtas and Marc Bridge-Wilkinson were both present for the opener.

Liverpool travelled with a host of academy players and with another fixture in the tournament currently scheduled for Sunday against Atletico Madrid, the U18s could be without most of their squad for Saturday’s Merseyside derby.

Kirkby is to play host for the 11am kickoff against Everton but with the likes of Luca Stephenson, Melkamu Frauendorf, Bobby Clark and Terence Miles all taking part in the cup competition, it could be a youthful-looking U18s outfit. 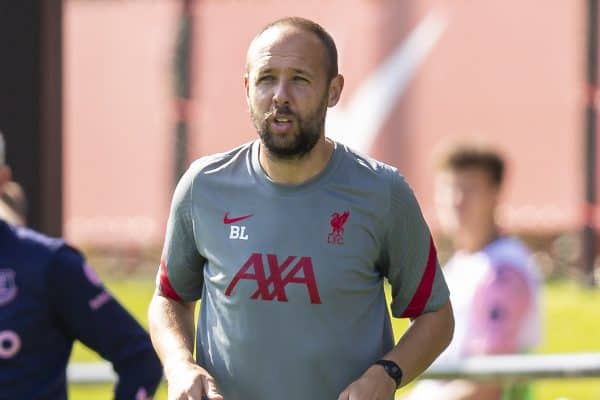 However, with the Atletico fixture for October 31 currently under a ‘to be confirmed’ tag, it could be that the tournament game is pushed back to another date as to not disrupt the Reds’ U18s league match.

It’s an intriguing conundrum, to say the least, but common sense would suggest the Atletico game will be postponed, although they will meet in the UEFA Youth League on November 3.

The young Reds did get their tournament off to a winning start, however, against Saudi Future Falcons ‘White’ with four unanswered goals, including a double from Clark.

Tommy Pilling kicked off the scoring inside two minutes with an easy close-range finish into an empty net thanks to James McConnell’s pull back.

Clark would make it an unassailable lead by the cusp of halftime with two smart finishes on either foot in the penalty box.

And the scoring was wrapped up by Frauendorf in the 48th-minute after converting low into the corner following a powerful drive into the box, while at the other end Mrozek had a quiet afternoon in goal.

The young Reds are the only team not to concede a goal in the early stages of tournament, one that will see them meet Saudi Future Falcons ‘Green’, Real Madrid and Sporting CP in addition to Ateltico.