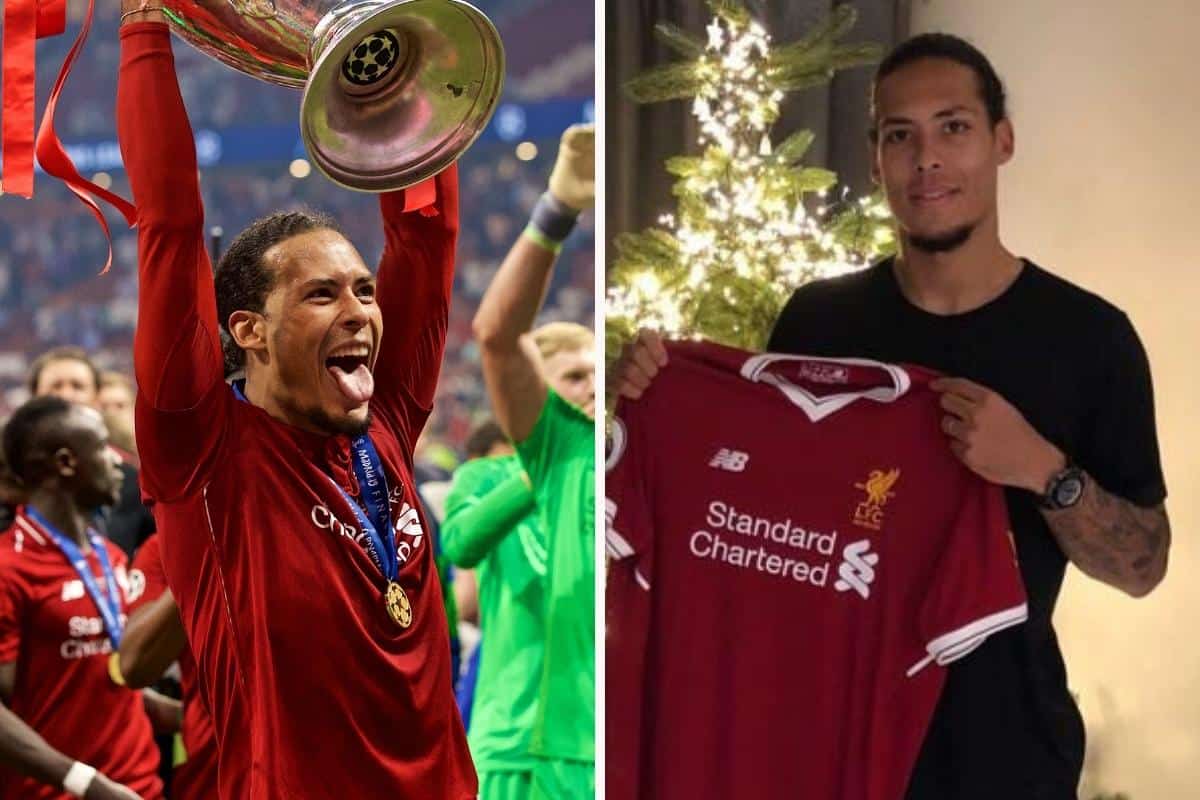 Four years on from one of the most transformational deals in Liverpool’s history, fans have enjoyed looking back on rival supporters’ awful takes on signing Virgil van Dijk.

It was a moment supporters had waited for over a year for – or more, given how it would change their fortunes so drastically.

After months of speculation, a transfer collapse and an apology to Southampton, Liverpool announced a £75 million deal to sign Van Dijk the day after Boxing Day, 2017.

The outlay remains a club record, and rightly so, with the Dutchman almost singlehandedly raising the standards to an elite level in Jurgen Klopp‘s back line.

But while Liverpool fans were unanimous in their praise of the deal, and in their belief in the player coming in, many supporters of other clubs were not so convinced.

On the four-year anniversary of Van Dijk’s move to Anfield, fans have been looking back at those responses to the club’s announcement.

From a “poor man’s Rob Holding” to “could have got a Lewis Dunk for 1/10th of the price to probably do a similar job,” it makes for glorious reading:

Virgil van Dijk is extremely overrated. Fee is astronomical at £75m. Could have got a Lewis Dunk for 1/10th of the price to probably do a similar job. #LFC

If you believe a CB will help you catch up to Man. City your smoking something!????

He will eventually get bored of constant failure and lack of trophies and move on just like Suarez did and Coutinho will do come January ???

£75million really? I could understand if he was world class ? plus if he was he wouldn’t be signing for Liverpool ?

There were others now deleted, too, notably from Man United journalist Liam Canning, who claimed the deal was “outrageous” and that it “just shows what a good deal it was to get Eric Bailly for a measly £30m.”

And how about Simon Johnson, Chelsea correspondent for The Athletic, writing that it “just shows what #cfc have gained in a better and younger player in Andreas Christensen coming through the ranks”?

Hindsight is, of course, 20/20, but it was not difficult to see the impact Van Dijk could make on Liverpool – even before he headed home the winner on his debut against Everton.