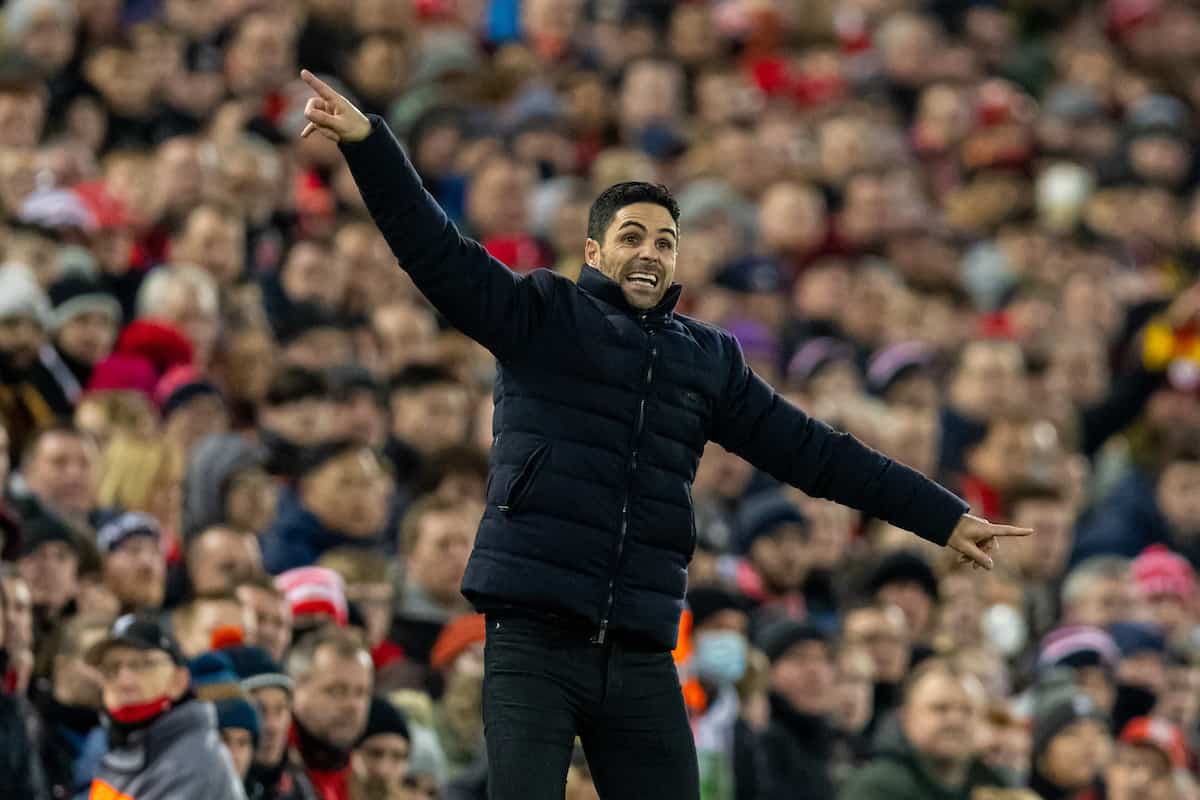 Arsenal‘s request to postpone the North London derby after just one positive test for COVID-19 has been accepted, days before the visit of Liverpool in the League Cup.

The postponement of the Reds’ semi-final trip to the Emirates was met with ferocious criticism from Arsenal supporters, amplified by the return of a majority of false positives among Jurgen Klopp‘s squad.

But having played out a 0-0 draw in the first leg at Anfield – after Liverpool forfeited home advantage – the Gunners have now forced a postponement of their own.

It has been confirmed that the North London derby between Tottenham and Arsenal will not go ahead as planned on Sunday, due to a lack of availability for the visitors.

This is despite only one case of COVID-19 reported among Mikel Arteta’s squad, that being Martin Odegaard, who also missed the League Cup tie on Thursday night.

Instead, the decision came due to a high volume of injuries, along with the absence of Pierre-Emerick Aubameyang, Thomas Partey, Mohamed Elneny, Nicolas Pepe and Omar Rekik for the Africa Cup of Nations. 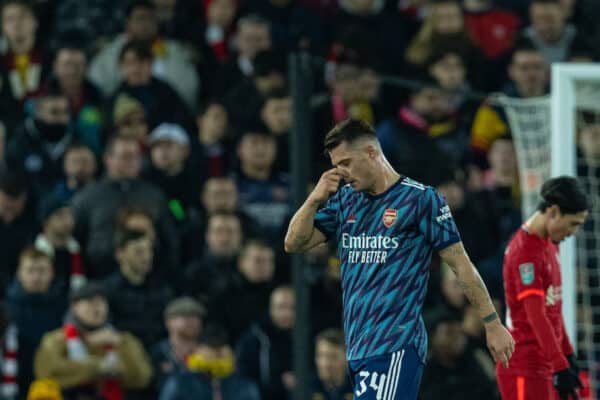 Bukayo Saka, Cedric Soares, Calum Chambers and Kieran Tierney are all claimed to have picked up injuries against Liverpool, adding to problems for Emile Smith Rowe, Takehiro Tomiyasu and Sead Kolasinac.

Granit Xhaka would also have been out, having been sent off for a bizarre challenge on Diogo Jota in midweek.

Furthermore, Arsenal have already loaned out both Ainsley Maitland-Niles and Folarin Balogun this month, with deals being pursued for Kolasinac and Pablo Mari, too.

The situation is not expected to impact the second leg of the League Cup semi-final, which takes place at the Emirates on January 20.

Should these games really be postponed?

The North London derby is now the 20th game to be called off due to Covid in this Premier League season, though it is a stretch to claim that was the reasoning for this one.

As clubs and league officials – not forgetting broadcasters – scramble to fit in these rearranged fixtures, that more and more are stacking up this winter only adds to the farce.

While the top flight has stipulated that clubs must fulfil fixtures if they have at least 13 outfield players and a goalkeeper available, to allow sides to do so with only one Covid case is ridiculous.

This is exactly why squads are built, with injuries, internationals and suspensions all factors managers must consider as they prepare for the campaign ahead.

Now, the Premier League have allowed the situation to get out of hand, with a dangerous precedent set for clubs seemingly reluctant to call upon academy players to step up.

For balance, the same should have applied to Liverpool when pushing for the postponement of their clash with Arsenal – though a suspected outbreak among the under-23s squad and the closure of Kirkby did at least explain the situation more transparently.

When will it end? And more importantly, when can these games realistically be played? Is this not the real asterisk season?