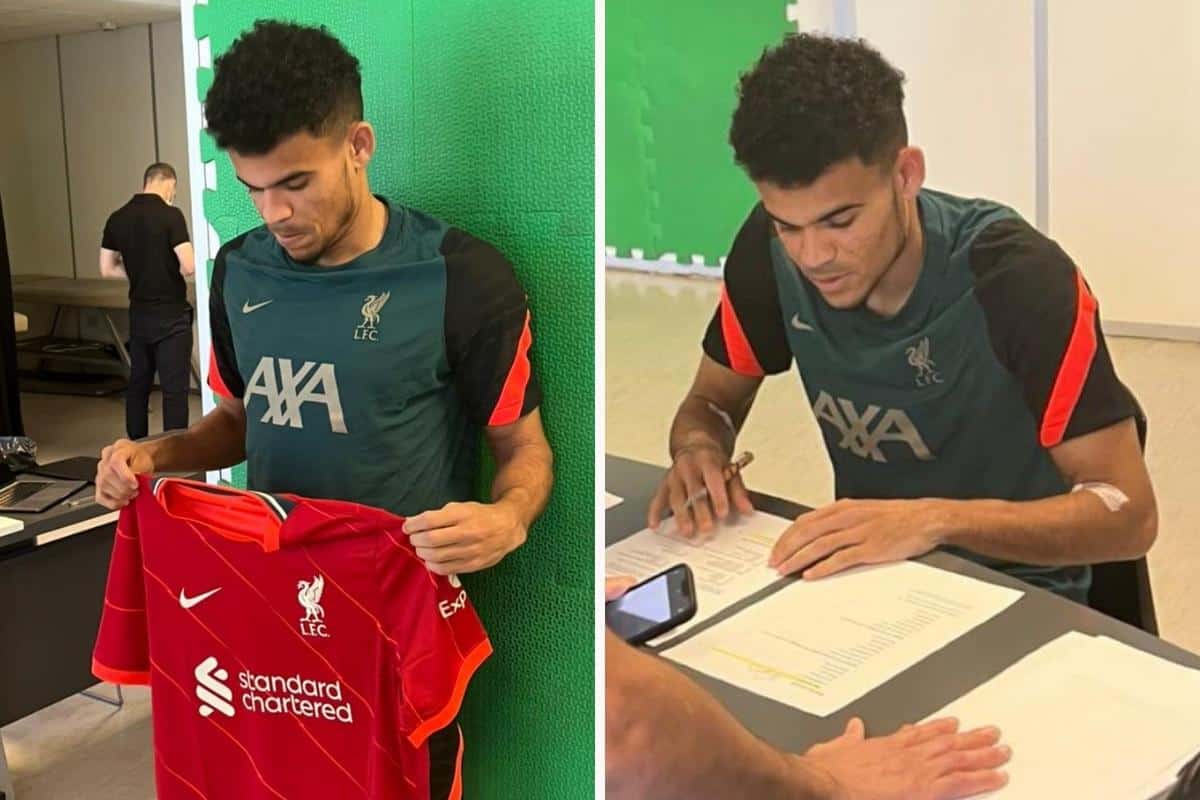 Photos of Luis Diaz signing his contract and holding the Liverpool shirt have emerged, with the Colombian winger having completed his medical.

Diaz is set to join the Reds from Porto in a deal worth up to £50 million, after the club moved to hijack Tottenham’s pursuit.

The 25-year-old had been a long-term target, with a transfer planned for the summer, but interest from north London forced Liverpool’s hand.

However, Diaz’s involvement in World Cup qualifiers with Colombia this week complicated the situation, with medical officials and media staff flying out to Argentina to conduct the formalities of the process.

After undergoing a medical over the weekend, Diaz has been pictured signing his Liverpool contract – believed to be worth £90,000 a week for five years – and holding the home shirt.

Shared on Twitter, the images are a first glimpse of the club’s big-money new signing:

Liverpool set to confirm the signing of Luis Díaz in due course. Fee worth an initial £37.5m plus around £12.5m in add-ons. Completed medical & signed contract in Argentina on Saturday. #LFC pic.twitter.com/1L0xd4cFQG

Diaz is to be officially unveiled as a Liverpool player in the coming hours, then, with the club likely to release an interview with the winger along with more photos and video.

Colombia are due to play Argentina on Tuesday night, after which the player will fly to England to join up with his new team-mates.

It remains to be seen whether he will be considered in contention for the FA Cup fourth-round clash with Cardiff on Sunday, but it seems unlikely.

However, he would almost certainly be available for the Premier League game at home to Leicester on February 10.