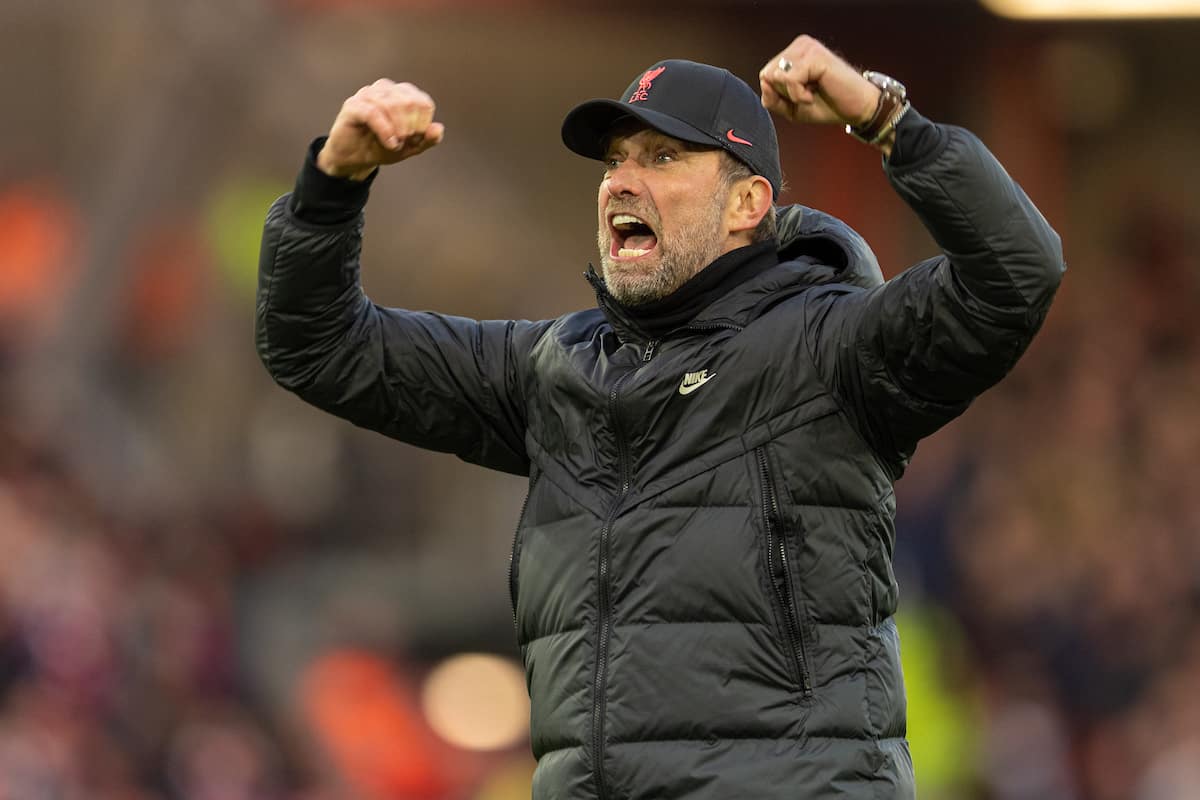 With Liverpool still competing across four fronts, Jurgen Klopp has called on supporters to create an atmosphere on the “highest level” to reach the “maximum” this season.

The power of Anfield is no myth, but many will accept that it’s not always at the peak of its powers whether that be for the opposition or the designated kickoff time.

But when it is needed, Anfield and its supporters answer the call with gusto and with seven of the next 11 fixtures to be played at home, there is a valuable opportunity to make it count.

Leicester are the first to visit in what Klopp knows is to be “a proper football game,” despite the Foxes’ current troubles under Brendan Rodgers.

And it presents the first chance to create an atmosphere “on the highest levels” to help take Liverpool one step closer to what we all hope to be a successful campaign in more than one competition.

“We have to create together a very special atmosphere,” Klopp said with conviction.

“This last part of the season we have [11] games from now until the next international break.

“With the Cardiff game [12], but now [11] coming up and if we as a club, as a team, together with our supporters, want to reach the maximum for us, whatever that will be, we better start creating atmospheres on the highest levels.

“[Thursday] night is a good chance to do that.”

Liverpool know they cannot afford to drop points in the league if they are to put pressure on Man City, with the margin for error slim to none.

There are a possible 21 points up for grabs before the March international break, 15 of which Anfield will play host for and Klopp will be eager for his message to be heard loud and clear.