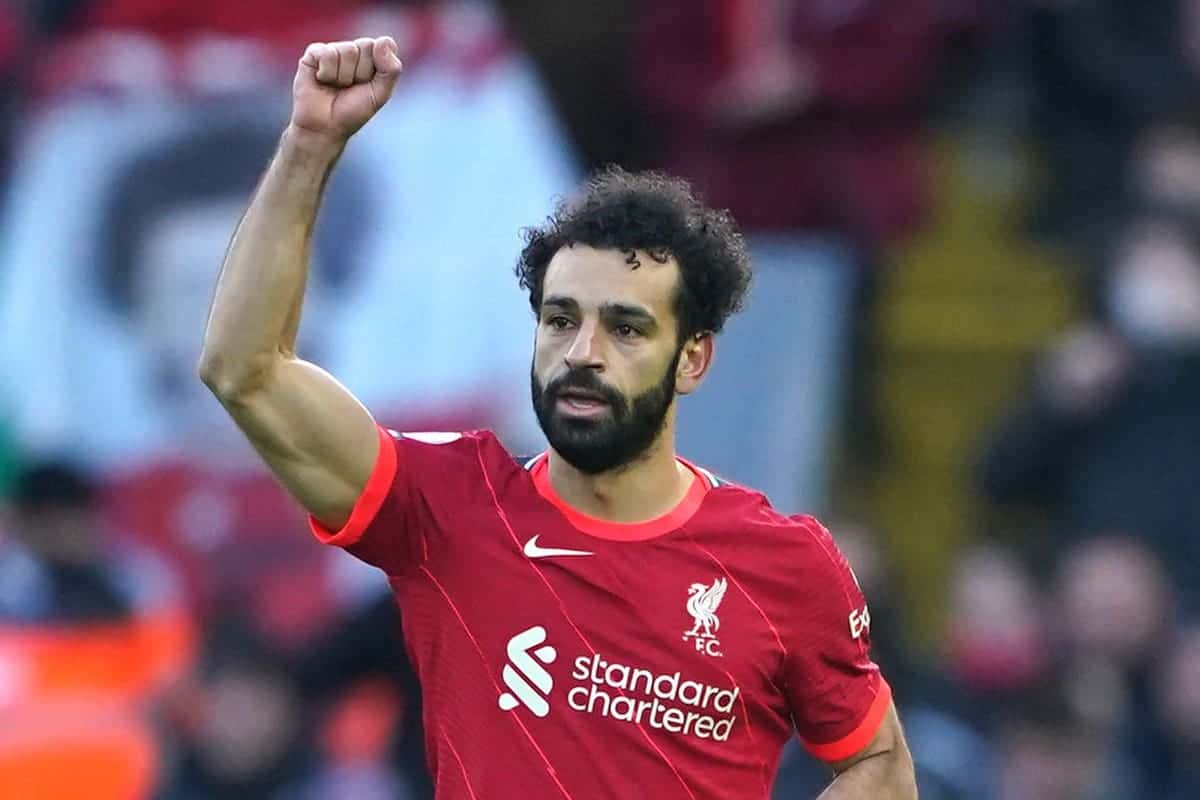 Liverpool forward Mohamed Salah expressed his pride after scoring his 150th goal for the club in a 3-1 comeback win over Norwich which maintained the momentum in their title challenge.

Trailing to Milot Rashica’s deflected strike early in the second half, Liverpool drew level through Sadio Mane’s overhead kick before taking the lead soon after through Salah’s landmark effort.

The Egypt forward became only the 10th man to reach 150 goals in the club’s history and the second fastest (232 matches) after Roger Hunt (226).

January signing Luis Diaz scored his maiden goal in his fourth appearance to wrap up the win but it was Salah who received the plaudits as Liverpool made it eight successive victories in all competitions to keep the heat up on Premier League leaders Manchester City. 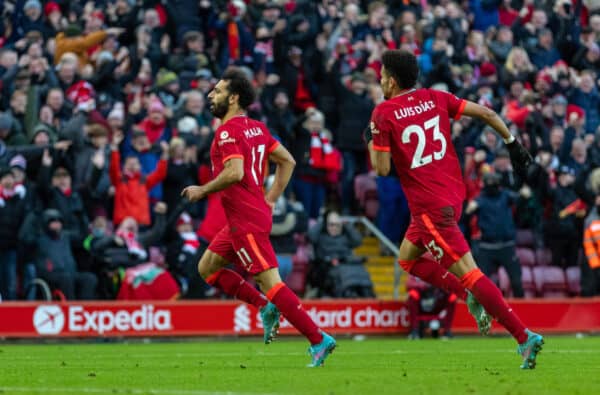 “It feels great. I’m always proud to score for this club and the most important thing is to win games which is what we did today,” said Salah, who has scored 25 in 30 appearances this season including 17 in 23 Premier League matches.

“What we can do is focus on each game and that’s the most important thing.

“We know when you fight with City, City most of the time they win games so all we can do is focus on ourselves and see what happens at the end of the season.”

Liverpool manager Jurgen Klopp was asked to name his favourite Salah goal and he reeled off at least half a dozen.

The German said: “Today was a really cheeky one, to be honest.

“I remember the Chelsea goal, comes inside and thunderbolt in the corner, a few of the dribblings against City and Watford, the United goal as well, Ali’s pass as well, the Champions League one at City as well was very special. 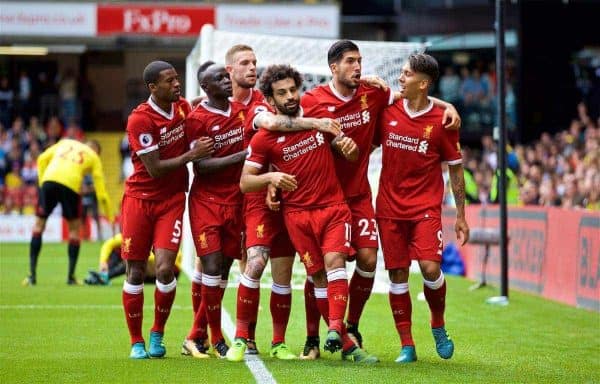 “I can probably not remember all 150 but I can remember a lot and there were some really good goals.

“The first was at Watford (in August 2017) was probably the easiest. No-one could imagine when he scored the first that he could score 149 in such a short period of time.”

Despite the quality of Liverpool’s three goals, which all came in the final 26 minutes, it was far from plain sailing for Klopp’s side and for a while it looked like their hopeful pursuit of City was about to founder.

“No problem with complicated, that makes it so special when you win,” added the Liverpool manager.

“We could have scored early with two massive chances from Kostas (Tsimikas) and the header from Virgil (Van Dijk) and then you don’t score but at half-time we did not say we had to change.

“Then we concede that goal and you could see it was a bit hectic, atmosphere was hectic and it makes sense to make early changes to calm it down again and we did it literally with Thiago and a system change to 4-4-2 and you have to finish the situations off.”

Norwich boss Dean Smith was not happy with the goals they conceded but admits they did not deserve any more than they got.

“I have to be honest and a realist and ultimately we got what we deserved – nil points,” he said.

“We asked some serious questions of a good team and it took a front three of Salah, Mane and Diaz to ultimately take the points away from us.

“Certainly there are some things we could have done better.”