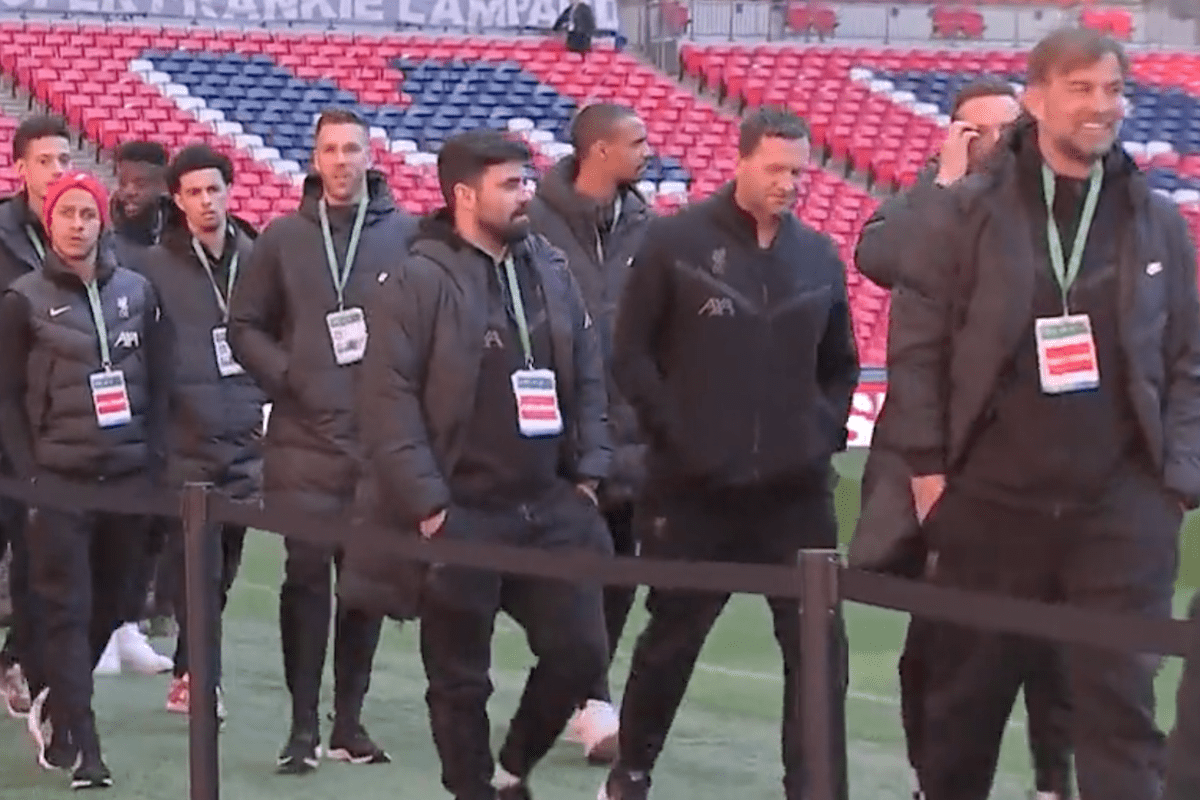 A relaxed-looking Liverpool contingent took their pre-match walk to the Wembley turf, just hours before the League Cup final gets underway.

Jurgen Klopp led his team around Wembley on Sunday morning, with the vibe extremely relaxed as Liverpool look to keep their routines as normal as possible.

This time though, their regular walk outside of the hotel took them across the street and into a quiet Wembley, a far cry from what it will be in a few hours time.

Liverpool took a healthy-sized squad to the capital despite only being allowed to name 20 players in the matchday squad, with the club eager to acknowledge the efforts of all.

And with Sky Sports positioned on the touchline at Wembley, they provided an early glimpse of the Reds and readily commented on their relaxed disposition.

Klopp stopped for a short, “Morning” and a quick nod to questions over feeling positive and confident as his players and coaches offered a wry grin in the background.

None were eager to stick around for a chat as they continued on their business, with 27 players following Klopp at the front.

That includes Diogo Jota but at this stage nothing can be read into it, with Roberto Firmino also present, as too Kaide Gordon and Rhys Williams.

The manager will have a number of tough decisions to make, notable for the bench with the starting XI, for many, all but picking itself.

We don’t have long to find out! 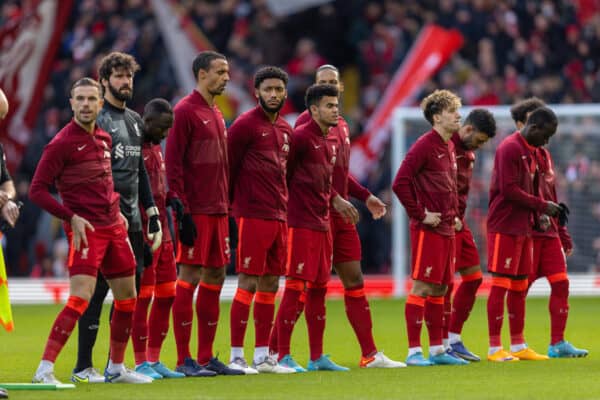 *Not to be in matchday squad